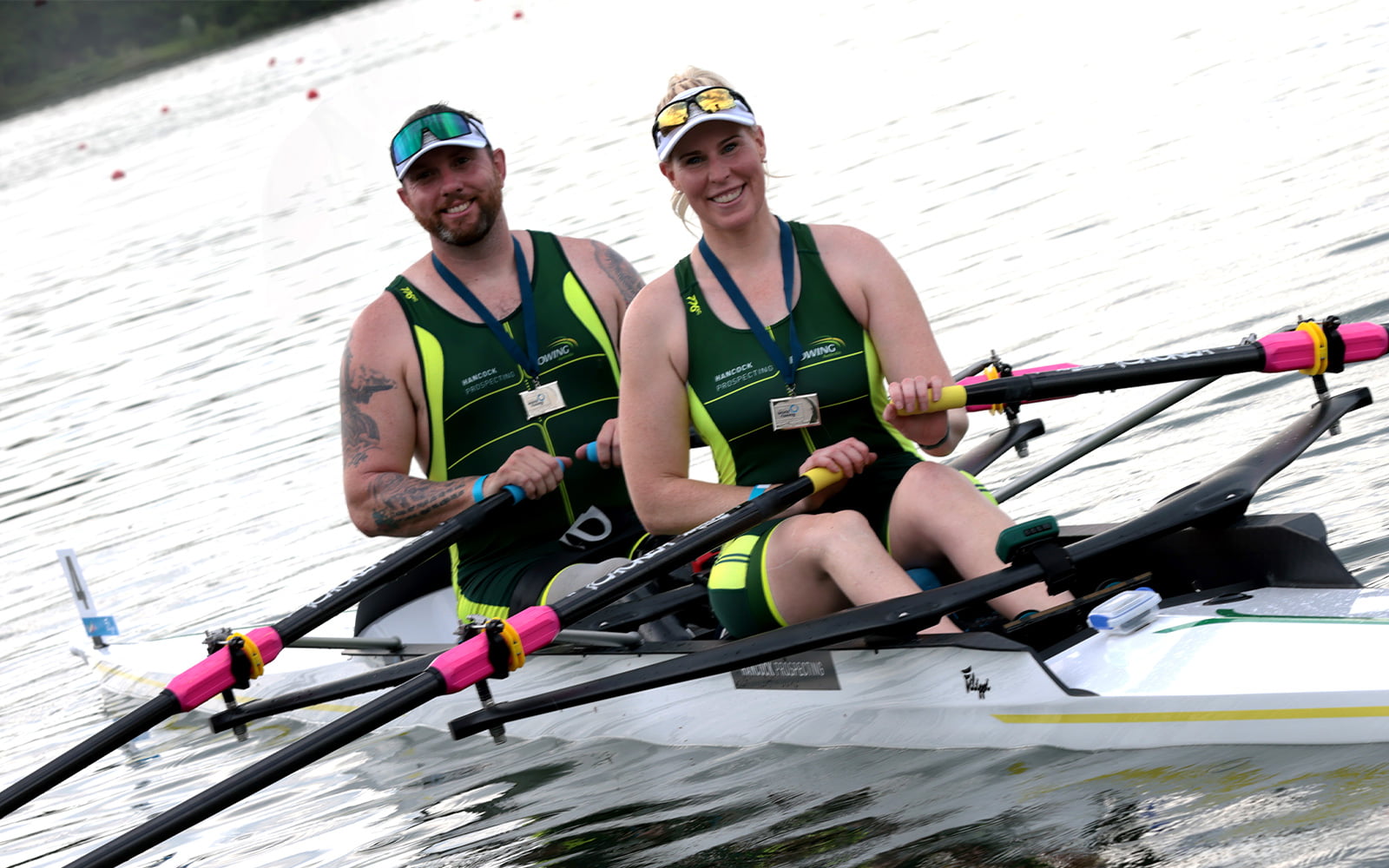 Australia’s PR2 Mixed Double Scull secured a spot for the Australian Paralympic Team at the postponed Tokyo 2020 Paralympic Games. The crew of three-time Paralympian, Kathryn Ross, and debutant, Simon Albury, finished second in the Final Paralympic Qualification Regatta in Gavirate, Italy to book a third berth for Australia in Tokyo.

Additionally, Tom Birtwhistle, who joined the small team in Italy in order to meet classification and eligibility requirements in the PR3 category, won the PR3 Men’s Single Scull event as part of the International Para-Rowing Regatta, which was run alongside the Final Paralympic Qualification Regatta.

GOING TO TOKYO! @KatRoss_Rowing and Simon Albury have booked a ticket to #Tokyo2020! The PR2 Mixed Double Scull finished second in their final to secure a sport for @AUSParalympics at the Tokyo Paralympic Games! #ReadySetTokyo pic.twitter.com/E9wIYEjls2

The PR2 Mixed Double Scull, coached by Lincoln Handley, won their heat on Thursday to progress directly to Saturday’s final. The final saw them take on Italy, Canada, Uzbekistan, Germany and Russia – with the Australians having a battle with Italy throughout the race. It was Italy who took the lead in the second half of the final to take the first berth, while Ross and Albury crossed the line second in a time of 8 minutes 25.28 seconds, and thus also booking a spot for Tokyo.

Post-race, Ross, who is now looking to make history in heading to her fourth consecutive Games for rowing said, “It’s great to be a part of Para-Rowing history now preparing for my fourth consecutive Paralympics. With so many challenges, it is a mixture of relief and absolute excitement to now re-focus for the next few months leading into Tokyo.”

South Australian Albury, who only took up rowing in 2019 after losing both his legs in a workplace accident in 2017, was delighted to have made his international debut in the sport, “I’ve learnt a lot and am really happy to have qualified for the Paralympics after my first international races here in Gavirate. Bring on Tokyo!”

Head Para-Rowing Coach, Gordon Marcks said the trip had been a success despite the challenges of travelling during the COVID-19 pandemic, “We came to Gavirate with very clear objectives to qualify the PR2 Double for Tokyo and having Tom Birtwhistle classified and meet the eligibility requirements for the Games.

“To achieve these as well as understanding the very human sides of athlete stories, it’s a career highlight to see these things through in such a tricky period for international sport.”

📍GAVIRATE – "It’s a mix of emotions right now, this is a new combination, so ecstatic to have the chance to go to Tokyo and see what we can do." A very happy Kat Ross of @RowingAustralia !#rowing #pararowing #FPQR #FPQRGavirate pic.twitter.com/I3j210dKyt

Rowing Australia Performance Director, Bernard Savage added, “We are proud of how Kathryn, Simon and Tom have raced this past week in Italy, supported by both Gordon and Lincoln; and we are delighted that the PR2 Double Scull is now qualified, joining our PR1 Men’s Single Scull and PR3 Mixed Coxed Four.

“This small group has handled themselves extremely well in what has been a challenging short tour to Europe. They will now return to Australia to complete two weeks of quarantine where we will offer them our full support in what has been an intense period of racing.”