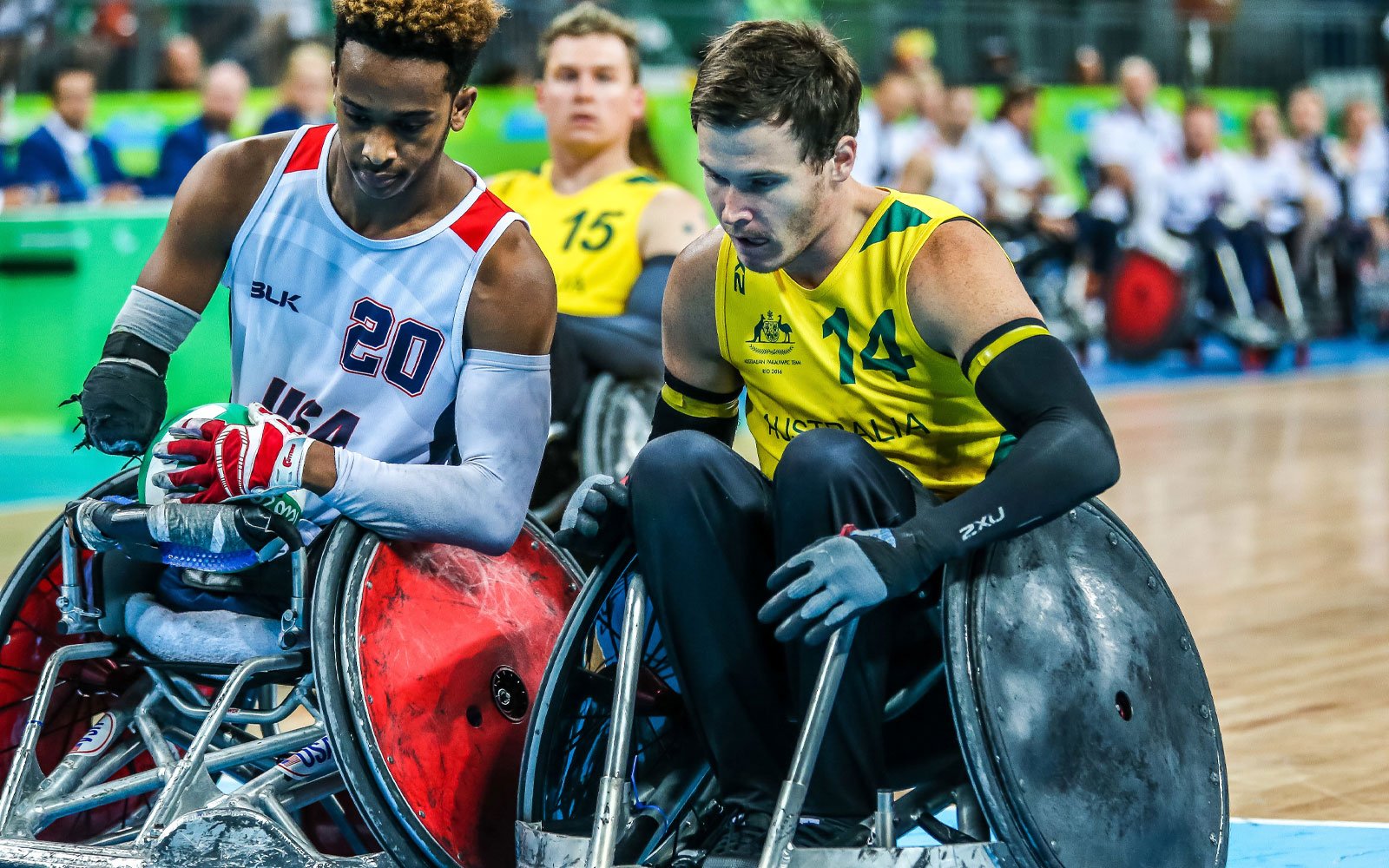 As a youngster, Andrew Edmondson dreamed of playing for the Wallabies.

Instead, he became a Paralympic champion in wheelchair rugby, a sport he discovered just a few years prior to the unforgettable day in Rio when the Steelers secured their second consecutive Games triumph.

As Edmondson focuses on extending the Steelers’ run of success at the Tokyo Paralympics in August, he recalled his journey to this point and the people who helped make it happen in the latest edition of Paralympic Australia’s series #ReadySetTokyo.

Among those who helped shape Edmondson’s steely determination is his mother Cathy.

“To be as proud as he is to be playing for his country is fantastic to watch,” Cathy Edmondson said. “If you’re dealt a blow in your life, something always comes out for the better.”

That moment came when Edmondson was 13, the same year he’d received a rugby scholarship from a Sydney private school. In an accident while swimming at Coogee Beach, he acquired incomplete quadriplegia and spent the next 11 months in hospital.

While in rehabilitation, Edmondson was introduced to Para-sports and immediately fell in love with wheelchair rugby.

“I just remember watching it and thinking ‘That’s the craziest thing I’ve ever seen’, but I want to try it,” he said.

“From that day on, I just couldn’t stop telling people about this sport.”

Edmondson attended a Paralympics Australia Come And Try day “and I just remember hitting someone in a wheelchair and it was honestly the first time I’d smiled since I had my accident”.

Edmondson told his mother he wanted to get involved in wheelchair rugby, to which Cathy replied: “Darling, if you can play that sport I’ll be the proudest mum in the world”.

By 2012, Edmondson quit his job and focused entirely on making the Australian Team.

“Rio was Edmo’s first Paralympic Games and what a fantastic campaign it was for us in wheelchair rugby,” present Steelers captain Ryley Batt said.

“He played a crucial part in the semi-final against Japan. He got about three or four turnovers in a row and cemented us into the gold medal game.”

The rest is history. The Steelers secured an exhilarating double-overtime 59-58 win over arch-nemesis the US to claim Australia’s second consecutive gold medal in the popular sport.

“There’s 16,000 people all chanting for us and it was deafening,” Edmondson recalled.

“As soon as I went out there it felt natural.”

When the game ended, Edmondson looked towards his family and friends in the crowd and, when he received his cherished gold medal, felt a powerful sense of satisfaction at his and the team’s remarkable achievement.

“Tokyo is its own event,” Edmondson said, throwing forward to the Steelers’ next mammoth challenge.

“This is the time that you have to put everything in. You don’t want to get there with any regrets about your lead-up to the Games. As a team, we would love to win that gold medal and we’ll be doing everything we can to make sure that’s the way it goes.”

Batt said he expected more of the passion and pride that has taken Edmondson to the top of the sport.

“He leads with his energy, his dedication and he plays his heart out,” Batt said.

“We’ve got a lot of on-court captains, people who lead through their actions, and Edmo’s definitely one of those people. He loves playing for Australia.”