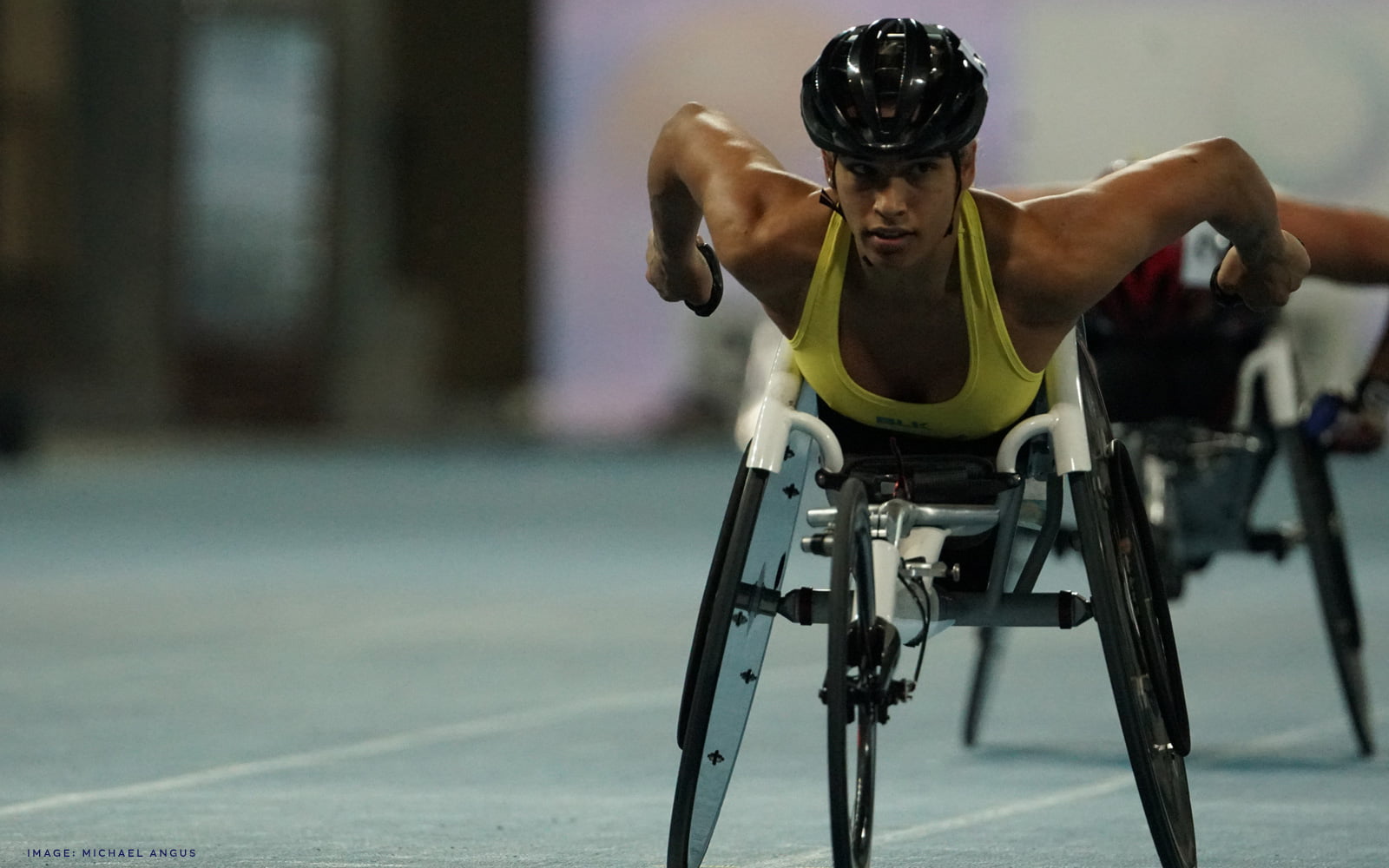 Three-time Paralympic silver medallist Madi de Rozario won her fifth straight Oz Day 10 Kilometre Wheelchair Race in Sydney this week, but she admits the lack of international entrants this year makes it hard to know how she is progressing compared to her major competitors from around the world.

De Rozario is in a heavy training bloc and preparing for upcoming domestic races in the lead up to the Tokyo Paralympics in August. But, despite her seventh win overall in the Oz Day Race – the 27-year-old won also in 2012 and 2013 – the field for this year was just 13 racers.

“One thing I guess I’m worried about is the tactical component of what I do,” de Rozario said.

“A big part of my races is the tactics. It’s not always just the strongest person lining up that wins. It’s often about who plays the smartest game.

“So it’s hard to know where you stand if you haven’t raced against your main competitors. We’re going into Tokyo assuming we won’t get any of that sort of practice. It’s a bit stressful.”

A lack of international competition is one of the side-effects of the COVID-19 pandemic. Nevertheless, de Rozario said she felt grateful just to be racing again.

“We’ve done a little bit on the track in the last couple of months, some domestic stuff, but throughout the year I would primarily race on the road,” she said.

“There are so many facets to road racing and I’ve really missed it, so it was great to get back out there.

“I really enjoyed the race but it did feel very different this time with a reduced field. That particular race is one of our first of the year. We’re so used to having a full international field, plus a full track series that leads into the road race. But, because of ACT’s border restrictions, they’ve had to delay the track series component until March.

“So it was kind of weird getting out there and doing the road race without all that build up. It was a bit strange. But once the race starts you get into your own head anyway, so it was OK.”

De Rozario – who won the gold medal in the marathon T54 at the Gold Coast Commonwealth Games in 2018 – overcame stifling conditions to win and close to within three wins over Para-athletics legend Louise Sauvage’s record of 10 victories.

“It was good to win that race. I’ve had a lot of seconds, a lot of thirds, so it’s great to win and do it in a good time, despite it being a bit of a different year without a lot of the international guys there,” said Lappin, 28, who competed at the London and Rio Games and is a Tokyo hopeful.

“We’re all in good training form but not super sharp. You don’t get that real race-specific stuff you get from regular competition against the top performers. But it’s still a good sign.”

RELATED: Get involved in Para-sport and register your interest today!

Lappin credited his support network for helping him keep progressing and staying fixed on his training.

“It’s not all that hard for me to stay focused on what’s ahead,” he said.

“I’ve got a good training crew around me and a good coach. It’s almost like everyday is a bit of a race just with the people I’ve got around me, so it’s not too hard to stay motivated at the moment.

“Tokyo is out of my control but I just keep trying to work towards it and whatever happens, happens.”