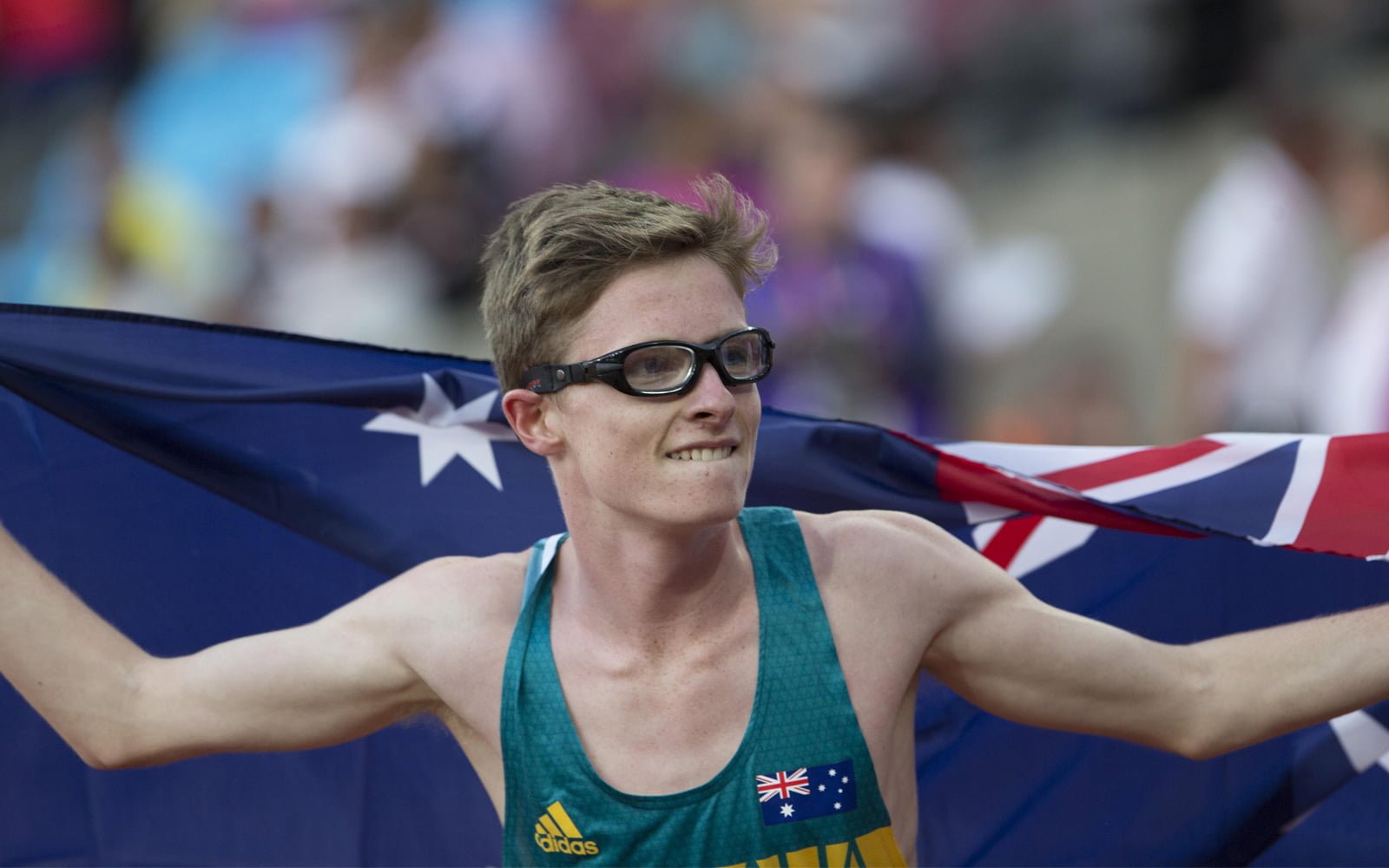 Often when world records are broken the obsession is with performance rather than the person, but the opposite rings true for Paralympian Jaryd Clifford – such is the calibre of the man.

With early aspirations to one day open the bowling for Australia on Boxing Day, and donning the navy blue for Carlton high on his wish list, Clifford’s childhood dreams were derailed in primary school when his vision started to deteriorate.

But it ignited the resilient character on a trailblazing journey which now defines the man we see today – a world record holder, dual world champion, and most of all an incredible role model.

Leading into December of 2020, Clifford’s 3:45.18 personal best and world record from early 2018 remained the fastest he had ever run – and the itch that is Clifford’s obsession with progress needed to be scratched.

Fast forward to late January of 2021 and the T12 superstar is on a rampage, running 3:42.97 over 1500m at Zatopek to clock his third consecutive world record – only this time officially.

With a 3:44.58 in December and 3:44.36 in January to his name, it was clear that Clifford was capable of making history at Zatopek – but he still had to execute.

“It feels like it’s been a long time coming but to be able to execute it tonight in a group of really good runners means the world to me,” he said.

The 21-year-old shaving a significant chunk off his personal best makes him the fastest ambulant Paralympian in history over 1500m, conceding that he has some way to go if he wants to catch the wheelies.

“Not including the wheelies – they are way faster than me!” he laughed.

A fierce competitor who seemingly pushes the limits of what is considered possible every time he steps on the track, Clifford is already eyeing off his next goal.

“Now we’re going into unknown territory for Paralympic 1500m running, the next barrier has to be 3:40,” he said.

In typical fashion, the Clifford, who is coached by Philo Saunders, had an inspiring message for athletics fans post race.

Clifford is nothing short of an athletics phenomenon, but his contributions to the athletics community and society will undoubtedly outweigh the records he breaks and the medals he wins when it’s all said and done.