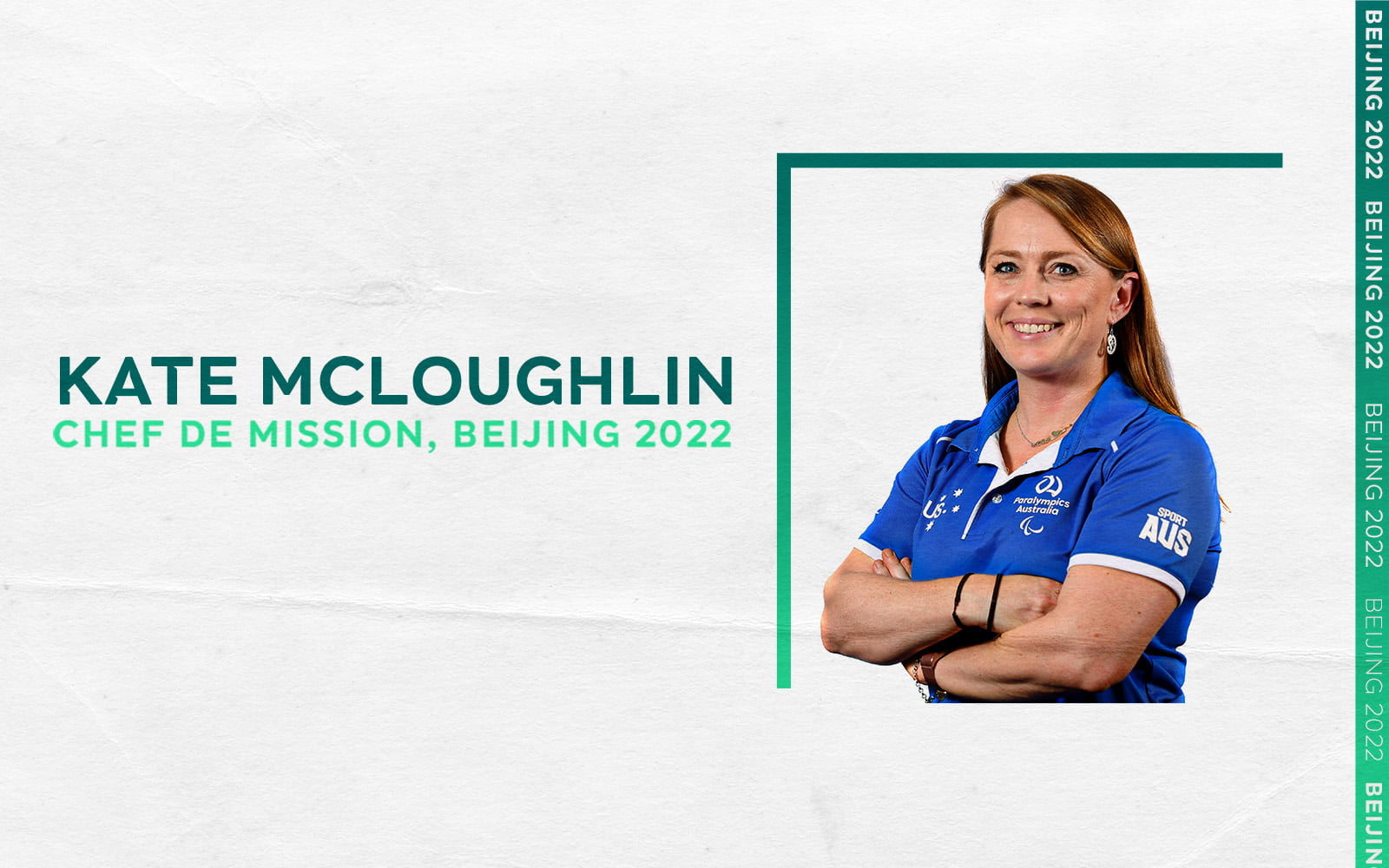 Kate McLoughlin has been confirmed as Chef de Mission of the Australian Team for the Beijing Winter Paralympics in 2022.

McLoughlin became the first female Chef de Mission to be appointed by Paralympics Australia for Rio 2016 and was highly praised for the performance-driven, inclusive and supportive environment she fostered within the Australian Team, which finished fifth on the medal tally.

McLoughlin was announced as Best Official by the International Paralympic Committee following Rio and was reappointed in 2017 as Chef de Mission for the Tokyo 2020 Games.

Australia has never had a woman hold the position for a Winter Paralympics.

Paralympics Australia President Jock O’Callaghan said McLoughlin had proven decisively she had the exceptional attributes required for the role.

“Kate performed the job of Chef de Mission with distinction in Rio and was deservedly recognised for that success at the International Paralympic Awards in Abu Dhabi in 2017,” O’Callaghan said.

“I’m thrilled she’s accepted our nomination to continue her outstanding work as we head towards the Beijing Games.”

Paralympics Australia Chief Executive Lynne Anderson said while holding the role of Chef de Mission for Australia’s Winter and Summer teams simultaneously will come with extra responsibility, she had the utmost confidence in McLoughlin’s ability to lead both campaigns masterfully.

“Working so closely with Kate, I have always found her work ethic to be first-class, she is knowledgeable, respected and highly dedicated to the goals we set for our Teams and the wider Paralympic Movement in Australia.

“I’m also particularly pleased that Kate will be our first female Chef de Mission for a Winter Paralympics.”

McLoughlin said she felt honoured and thankful to the PA Board for entrusting her with the responsibility to lead the Winter Team in addition to the Tokyo 2020 Summer Paralympics Team.

“My goal will be to provide the best leadership I can to ensure these brilliant sportsmen and women have everything they need to realise their potential and do Australia proud.

“Australia has a strong reputation at the Winter Paralympics. At the 2018 Games in PyeongChang, Korea, our goal was to finish in the top 15 nations in the world, which we achieved, improving from 19th four years earlier.

“The nucleus of our successful PyeongChang squad is now building toward to 2022 and, with the benefit of added experience, there is plenty to be excited about this Beijing campaign.

“Our lead-in will be unusual and no doubt challenging, due to the vastly altered environment in which we now operate. But, in my experience with Australia’s Para-athletes and the quality of work being delivered by PA in partnership with Snow Australia, I know everything possible will be in place to achieve excellence. I’m grateful to have the opportunity to play my part in that process.”

Australia expects to send a Team of between 10 and 12 Para-athletes and sighted guides and compete in Snowboarding and Alpine Skiing.

The Beijing Winter Paralympics will be held from March 4-13, 2022. Australia has participated at every Paralympic Winter Games since the first in Örnsköldsvik in 1976.