Ashley Adams: A lifelong contribution to Shooting and beyond 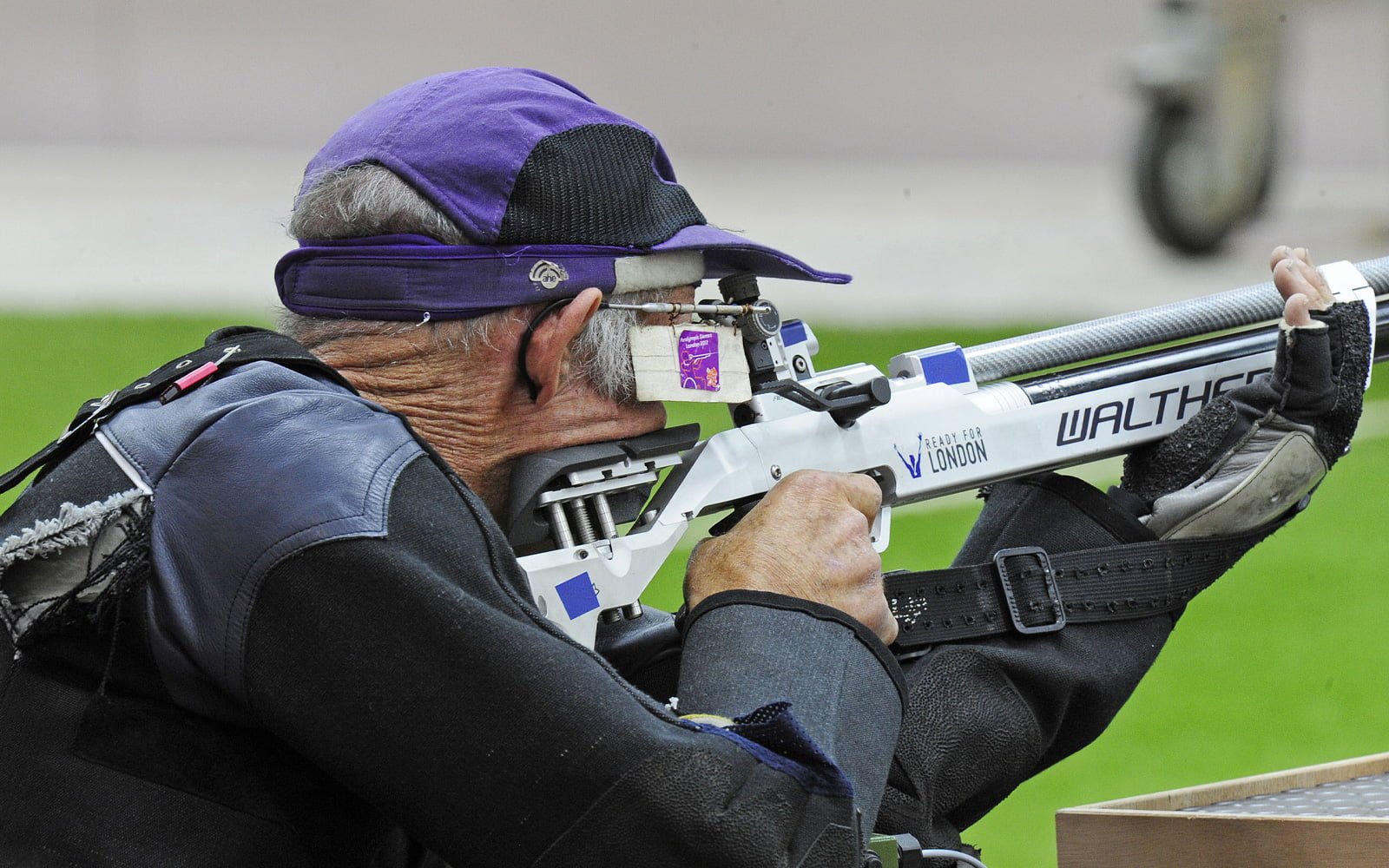 Rifle athlete Ashley Adams lived life to the fullest and not even a motorbike accident at the age of 26, which saw him become a paraplegic, could slow him down.

Adams was a five-time Paralympian, a silver and bronze rifle medallist who won a quota to attend his sixth Paralympics in Rio 2016 before he tragically lost his life in a quad bike accident on his 26,000 hectare farm, “Darracourt”, 40km north of Blackall in western Queensland in March 2015.

With firearm experience from living on the land and an occasional pistol shooter at the local pistol club, Adams tried rifle shooting in 1993 and found he had natural ability.

He then sought out Australia’s greatest ever Paralympic rifle athlete, Libby Kosmala, for advice.

“He wanted to learn. I gave him a rifle, sat him in my wheelchair with my table attached to the chair so he could have a go, and that was the beginning of his career. He didn’t look back – and he kept on beating me,” said Kosmala.

Then at the Sydney 2000 Paralympic Games, he also competed in four events and was placed fifth in the Mixed Free Rifle Prone SH1 final.

With two Paralympic Games under his belt, Adams enjoyed his greatest Games success at the 2004 Athens Paralympics finishing second in the Mixed Free Rifle Prone SH1 and third in the Mixed Air Rifle Standing SH1.

Four years later, he was within a whisker of further medals when placed fourth in both the Mixed Free Rifle Prone SH1 and Mixed Air Rifle Standing SH1 finals at the 2008 Beijing Paralympic Games.

In his final Paralympic Games in London in 2012, Adams did not proceed beyond the qualification round.

Adams didn’t limit himself to Para-shooting events and was the first Australian athlete to compete in both Para-sports and ISSF able-bodied events where he would contest the 50m Men’s Air Rifle Prone. He competed at four Oceania Championships and won the 2007 Australian Men’s 50m Air Rifle Prone title.

“When I lie on the ground, there is no difference between a person who has a broken back like me, and an able-bodied person,” he once said.

New Zealand’s Graeme Vallance recalled; “He used to be able to climb out of his chair and lie down with the rest of us able-bodied people, (it was) quite a remarkable thing. Then he’d haul himself back into his wheelchair after he finished his shoot.”

Apart from being one of the world’s best rifle athletes, Adams had a personality which was critical to the chemistry of Australian Shooting teams.

“Ashley was a lovable larrikin and he was a great team member,” said long-serving Australian Paralympic Games Head Shooting Coach and 1980 Moscow Olympian, Yvonne Hill.  “He was a supporter of everyone on the team. He didn’t put up with any nonsense. He was straight as a die.”

His passion for Shooting convinced Australian Para-shooting squad member, Glen McMurtrie, to take up the sport when they met by chance at a motel in western Queensland in 2014 when McMurtrie was heading to Mt Isa to participate in the 202km Mt Isa Border Ride cycling event.

“He gave me a lifetime worth of advice on the night I met him. He even told me to put bullets in the microwave to remove the wax on them,” recalled McMurtrie.

While he was a member of Charleville Small Bore Rifle Club, Adams set up a rifle range at his home on “Darracourt”.

“I’ve probably got the best shooting range outside Brisbane or Sydney and it’s right beside my bedroom. I think I’m bloody lucky actually,” said Adams when attending the 2012 London Paralympics.

Hill said despite his isolated location, Adams had an absolute commitment to training.

“He had an amazing training set-up including a place where he could clamp down his air rifle so he could test pellets so he could get exactly the right size,” said Hill.

She also recalled how he was once found asleep on top of his rifle at his home range after a long training session. His dog was also asleep by his side.

But there was more to Adams than Shooting.

Adams was a highly respected Queensland cattle grazier and ran a 3,500 head Brahman, Simmental and Santa-infused herd on his property.

He made changes to his property and installed gates with a special latch that allowed the gates to swing both ways to enable him to access his properties while riding his quad bike. His invention earned him the Queensland Invention of the Year award.

In 2008, he was recognised for his pioneering work on breeding cattle genetically and was named Queensland Beef Producer of the Year.

Through selective breeding using the patented Genestar DNA test, Adams determined which of his animals possessed the natural gene for tenderness. The animals carry a particular enzyme that breaks down connecting tissue in the meat, leaving it tender and ready for eating within just seven days.

Through his own TendaBeef brand, Adams produced top quality beef that meets a tenderness benchmark to sell direct to the meat eating market.

His impact on the sport of Shooting was immense and his legacy lives on with the presentation of the Ashley Adams Perpetual Trophy for Athlete of the Year at Shooting Australia’s annual Awards of Excellence.

The Trophy winner is voted by the Aiming4Gold squad members and is awarded to the athlete who best upholds the squad’s values and behaviours and who performed outstandingly in a calendar year.

Past winners have been James Willett, Catherine Skinner, Penny Smith and Elena Galiabovitch.