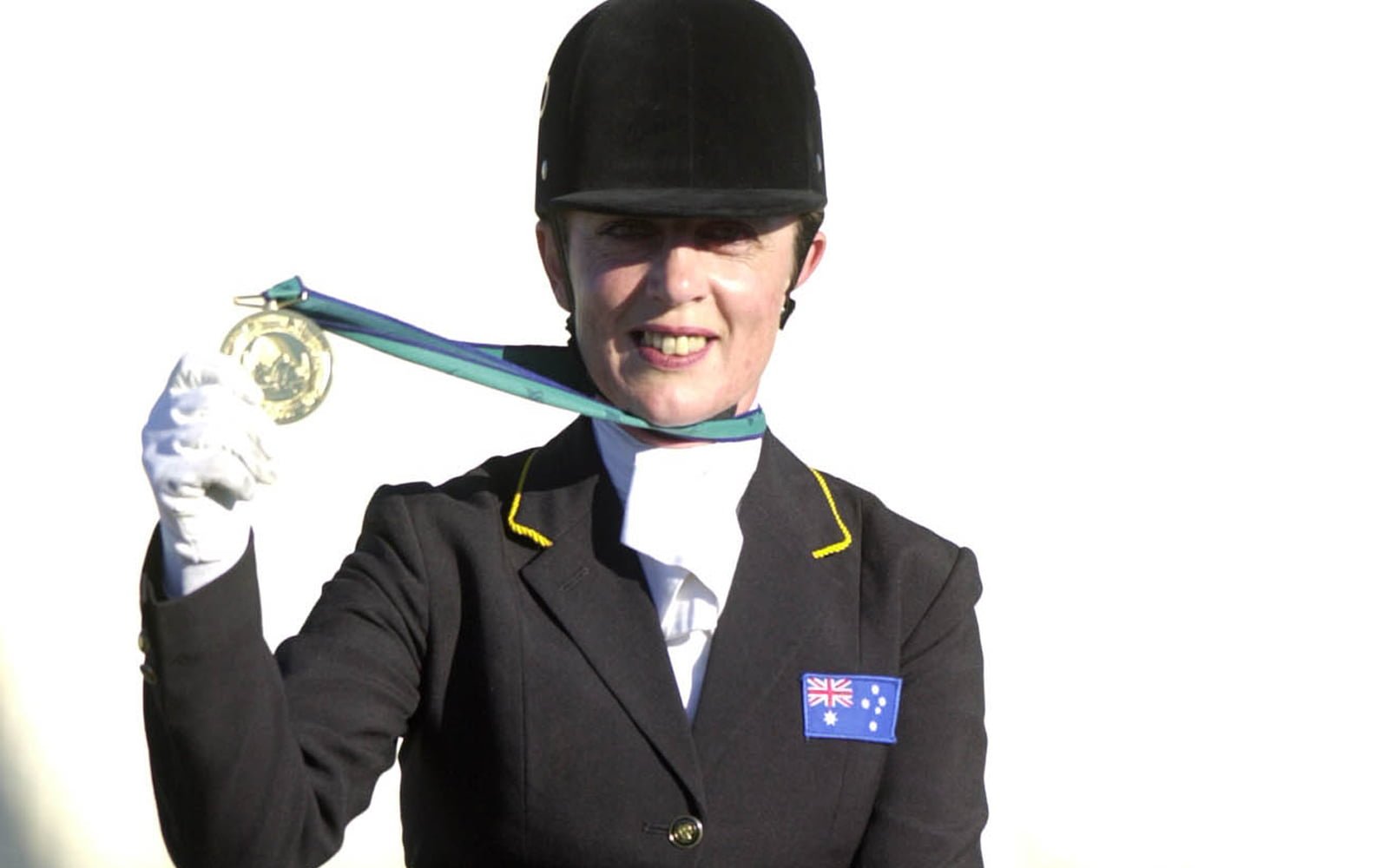 The painful wait that ended in glory

Three months before the Sydney Paralympics, Julie Higgins’ hip pain returned with a vengeance. However, after a 16-year break from the sport, forced by hip problems which required a replacement at age 25 – and despite being unable to take painkillers during the event for fear of a positive drugs test – there was nothing that could stop her from competing on her home turf.

Higgins had started riding again after seeing the inaugural Para-equestrian event at Atlanta in 1996 and set herself the goal of representing Australia in 2000. Battling through discomfort, on this day 20 years ago, Higgins claimed the first of her two gold medals in Sydney, in the equestrian dressage individual test grade III, one of so many courageous performances by our Para-athletes at Sydney 2000.

“If I’d have written a story to tell you what had happened, you wouldn’t believe it,” Higgins told ABC the night of her second success.

“It’s been a goal that’s had its amazing highs and really punishing lows.”

For Fuller, his win in the 200 metres was particularly sweet and somewhat unexpected. American Roderick Green had broken the world record in the semi final and, coming off the bend, held a five metre lead over the Australian.

“I couldn’t hear anything except what was going on in my head,” Fuller said.

“There was just a voice saying, ‘Keep going, keep going, you’ve got him!’ With every step, I was narrowing the gap, focusing on the finish line.

“We hit the line together and it seemed like an eternity, bobbing my head between the replay screen and the results screen, waiting for the result to come up.

“When it brought my name up as first … even speaking about it now 20 years on, it brings those feelings back to me. ‘Oh my God, I’ve won’.”

Gold also flowed from our Para-cyclists, with Lyn Lepore and Lynette Nixon taking out the tandem Road Race B and VI class and Mark le Flohic winning the Road Time Trial Div 2.

Elsewhere, Richard Nicholson won a silver medal in the powerlifting men’s up to 60 kilograms category. Nicholson had competed in Atlanta, but quit powerlifting after Sydney and transferred to Para-athletics. He went on to become a highly accomplished T53-54 racer, claiming medals at the 2004 Athens Games and 2012 London Games.