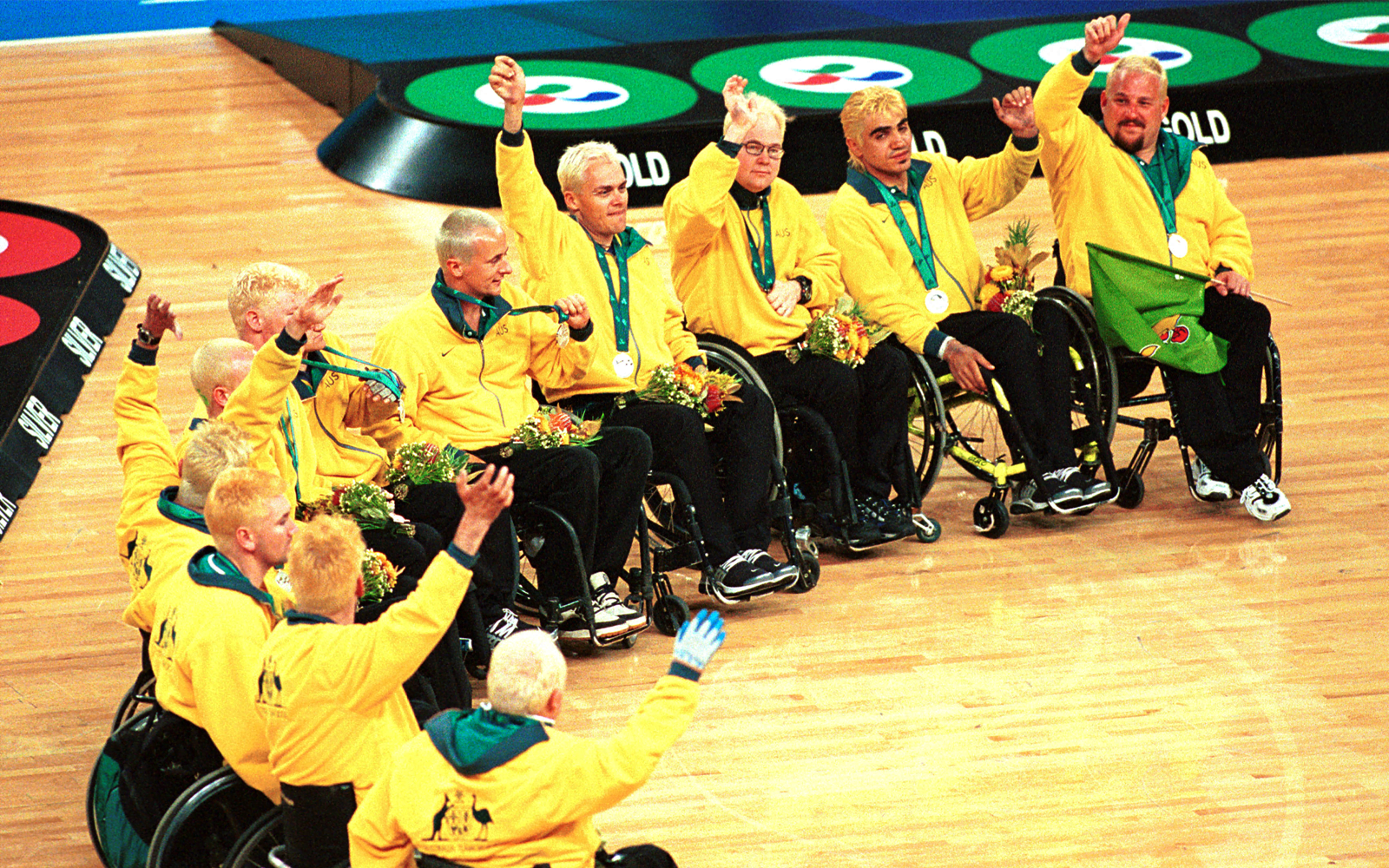 The Steelers’ silver lining that paved the way to future gold

On the last day of the best Paralympics ever, Australia’s chance for a final massive celebration was in the hands of our wheelchair rugby team, the Steelers.

Wheelchair rugby had been a demonstration sport at the 1996 Atlanta Games and our Team finished winless from their five games. Over the next two years little changed. That was until Brendan Flynn, who was Paralympics Australia’s General Manager for sport, took the American coach out one night and “ploughed him with wine and beer”.

“The 1998 World Championships were in Canada, I went there with my coaching hat on and had to report back to the Board about what I thought.

“I sat through something like 50 games in five days, our team came last – they were a rabble – but I saw who I thought was the best coach in the world, a guy called Terry Vinyard, coaching the American team. I took Terry out to dinner, ploughed him with wine and beer and suggested he come to Australia and help our program.

“When I came back, I told the Board about the offer I’d made and they nearly killed me because I was going to spend money on coaches. But Terry said yes and the rest is history.

“The team were just closely beaten for the gold in Sydney and since then, with supercoach Brad Dubberley, they play with immense pride and skill.”

In a frenetic finish in front of a packed stadium, the Steelers went down to the USA 32-31. However, their silver medal was the start of a vast improvement for the program in Australia.

The Steelers won silver in Beijing in 2008. In 2012 in London, they won Australia’s first gold medal in the sport and defended their title in Rio four years later.