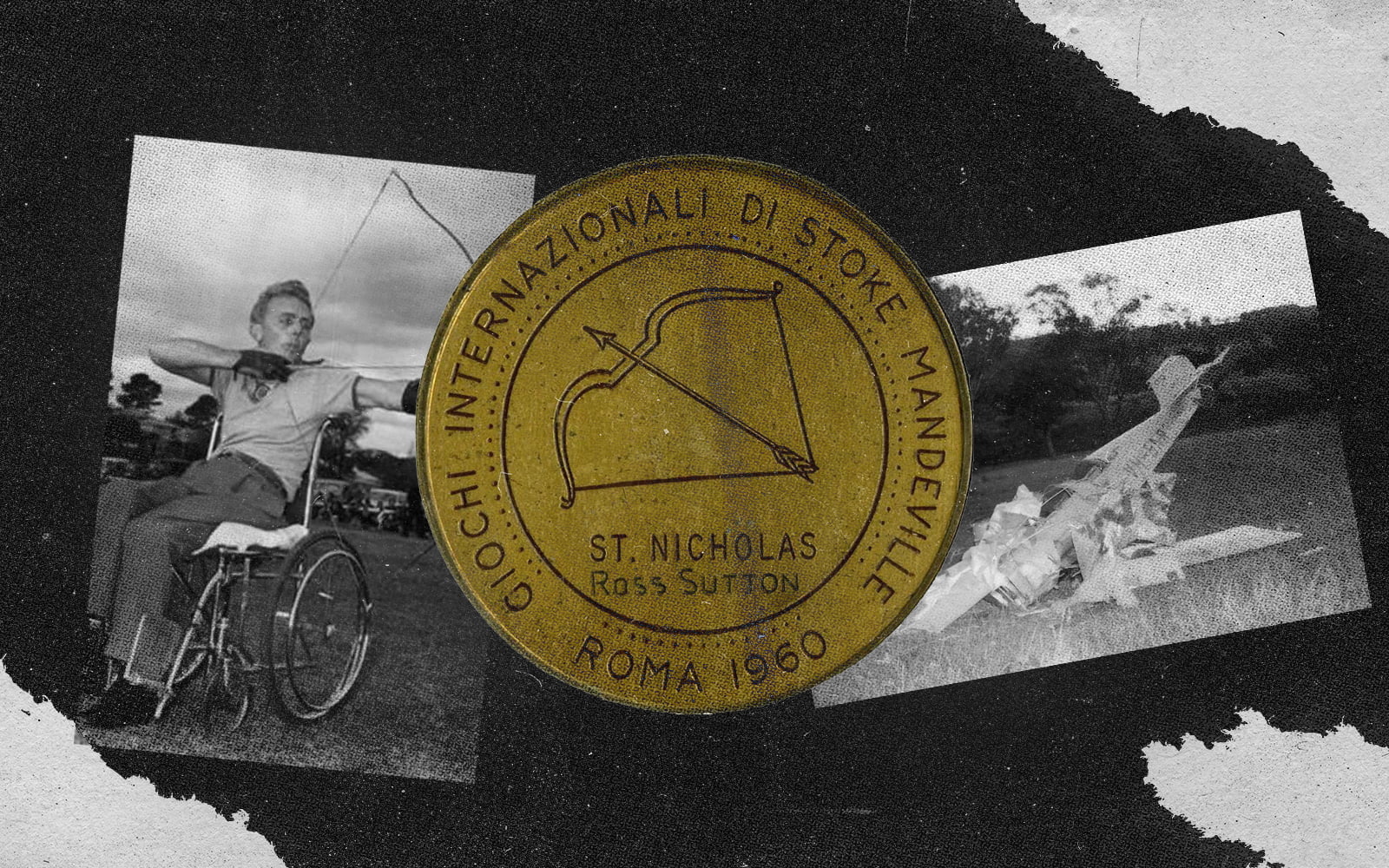 Australia’s first-ever Paralympic Games gold medal was secured on this day, 60 years ago, and the captivating story of its winner only adds to its mystique.

At the first Paralympic Games in Rome in 1960, Ross Sutton etched his name in Australian Paralympic folklore by claiming victory in the men’s St Nicholas round open archery.

Fatefully, the journey to our nation’s first success at the Paralympic Games began with a plane crash.

Only two years earlier, 20-year-old Sutton was working as a builders’ apprentice when he hired an Aero Club Tiger Moth plane to deliver a letter to a young woman he was in love with.

After dropping the letter over her family’s property in Boorolong near Armidale in NSW, he realised he had forgotten to weight it. He then attempted to maneuverer the aircraft and catch the letter from the cockpit.

He was unable to and instead, he clipped the top of a tall gum tree and crashed into another one.

The closest telephone was over 8km away so there was some delay in calling for help, but eventually Sutton was taken to Armidale and New England Hospital where he was given little chance of surviving.

18 hours later he was flown to Royal North Shore Hospital (RNSH) in Sydney to receive treatment for a broken spine, chest and facial injuries.

Three months of treatment at the newly established spinal unit at RNSH was followed by further rehabilitation at the Mount Wilga facility in Hornsby that would go on to have a major influence on Australia’s fortune at future Paralympic Games.

As a patient at Mt Wilga, Sutton displayed talent in several wheelchair sports and eventually secured a coveted place alongside 12 team-mates to represent Australia in Rome, where 400 athletes from 23 nations competed in eight sports.

Competing in the men’s short distance archery, Sutton also won the French Challenge Cup and the medal for best individual score to return home along with Daphne Hilton as Australia’s only gold medallists from the Games.

Reflecting on his achievements at the time, Sutton said: “Life is what you make of it I say. Just because you are in a wheelchair, you don’t have to shut yourself away, as some other handicapped people do. I have heard that there are three or four people in wheelchairs in Armidale, and I hope to be able to show them that they can lead useful lives too.”

In 1964 Sutton married Josephine Lavender and they adopted three children, Stuart, Yvette and Iletta. Unfortunately, he passed away just months before he was due to carry the Paralympic Torch on the final day of the relay in Sydney for the 2000 Games, and Stuart ran with it on his dad’s behalf.

Sutton’s family has since donated his Paralympic gold medal, with two bows, a box of arrows and various pieces of archery equipment to Paralympics Australia, in what is arguably the most significant piece of sporting memorabilia in Paralympic Australia’s collection.

The research for this article was compiled by contributors to the Australian Paralympic History Project.

Images donated to Paralympics Australia by the family of Ross Sutton.
Source: www.paralympichistory.org.au