The Untold Story Of A Gold Medal Protest 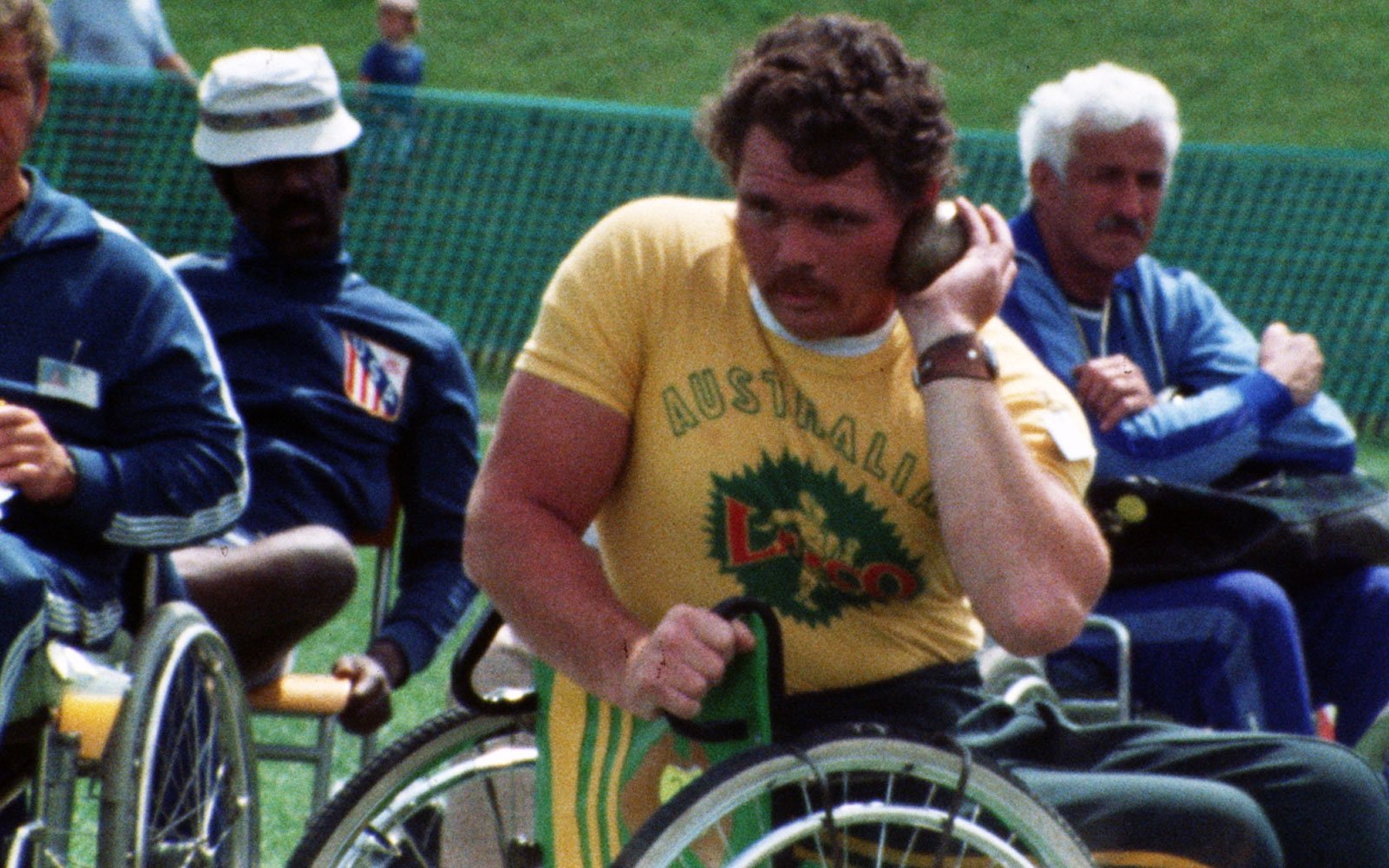 For the past 44 years, Eric Russell’s momentous decision to reject a gold medal at the 1976 Toronto Paralympics has been framed as a stance against the presence there of the Apartheid-era South African Team.

However, Russell reveals, the real reason for his podium protest – which was broadcast live across North America – was his belief that the Jamaican Team was being used as a political pawn.

“Everybody leapt to an assumption,” Russell says. “But the trigger, for me, was seeing the Jamaicans being used as they were.

“They were sent to Toronto in their bright yellow tracksuits with the black stripe – they weren’t allowed any civilian clothes – and there was a telegram waiting for them when they arrived saying they could stay but not compete. They were being used by their own government as a protest against the South African government.

“It was the first time I’d experienced a government using athletes with a disability to push a political point and I thought it was wrong, regardless of what I thought about Apartheid.

“I spoke to a number of athletes who agreed with me but didn’t know what they could do, other than not compete. It became too hard to have a group response, so I did my own protest.”

After winning the men’s Pentathlon 3, his favourite event, Russell went to the podium but didn’t bow his head to receive his medal.

“I said to the presenter ‘I’m refusing this medal as a personal protest against countries using athletes with a disability for political purposes’. He just looked at me and said, ‘What do I do now?’ The girl carrying the medals said, ‘Ah, put it back on the cushion and award the silver medal!’ So that’s what he did!”

Ludwig Guttmann, regarded as the founder of the Paralympic movement, went to the Australian Team Manager Kevin Betts and Captain John Kidd, Russell claims, and said ‘Put him on the first plane out of here. I’m not having athletes involved in politics’.

“Guttmann didn’t recognise at the time that I was saying the same thing as he was, that athletes with a disability shouldn’t be used for political purposes,” Russell says.

“Eventually it became apparent to him and that cooled things down. But Guttmann always called me ‘Russell the Rascal’ after that.”

Russell further explains the misconception that it was a protest against the South Africans with this: “The South Africans had sent mixed-race teams, including for ‘76, so they weren’t breaking any rules. The Canadian government wanted to stop them coming but they couldn’t be stopped legally. Then the Canadian government withdrew funding for the Games, leaving it to public donations to cover the costs. This was all going on just shortly before the Games. It was a very precarious situation.”

Asked if he was proud of the stand he took and would repeat it today, Russell said: “Yes”.

Russell was willing to be sent home as the price of his protest. But, after clearing the air with Guttmann, he stayed and won a further two gold medals and a silver medal. Instead, he jokes, the true price was to spend the next 10 years in administration.

“Two years after it, the Scandinavian countries nominated me to be chair of athletics at the International Stoke Mandeville Games.

“It took 10 of the best years out of my athletic career, but I ended up in that role from 1978 to 1988 and we did a good job. We turned athletes’ attitudes towards becoming professional. We started our own officials’ committee, getting control of our classification standards, our sport’s rules and world records. It was a better way to run things than having good-natured air force guys volunteering as officials despite not knowing the rules, and a system of classification that was a one-size-fits-all-sports system, which none of us thought was fair for athletics.

“We also changed the access rules to include amputees to the Games. It was a busy time which meant I didn’t have much time for training.”

Russell returned to competition for Barcelona in 1992 but, with the Australian Team facing a funding crisis, he took a leading role in lobbying for support.

“I spent a lot of time in Sydney trying to raise enough money for us to go,” he says. “We eventually got it from the Federal Government – and that was the start of decent funding for the Paralympic Team.”

To read more about Eric Russell and other icons of our movement, visit paralympichistory.org.au.