#ThrowbackThursday: Austin powers his way to gold in Athens 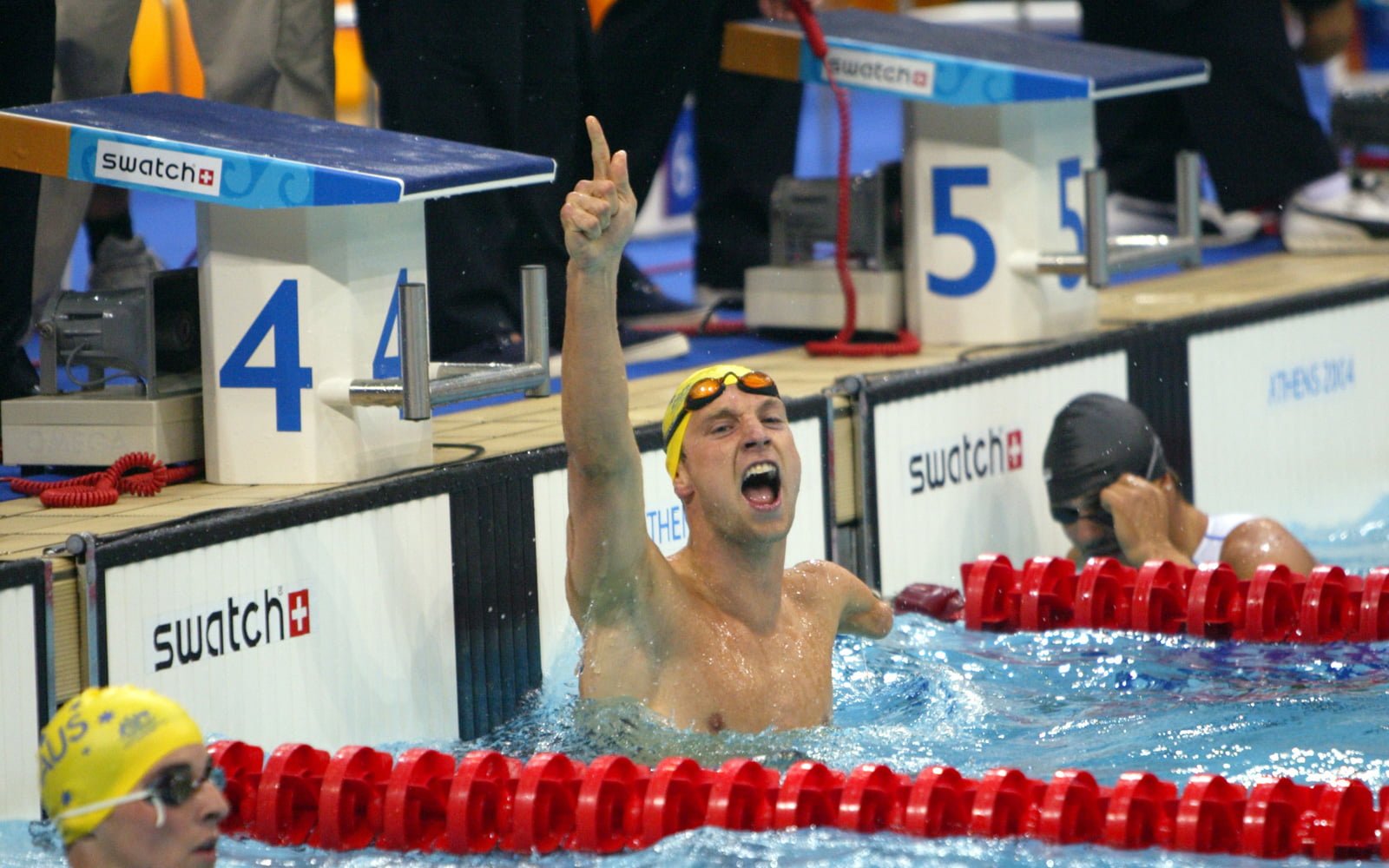 With one arm, head down and feet working like an outboard motor, there was nothing subtle about Ben Austin’s swimming style as he powered his way to gold in the 100m S8 freestyle in a new world record of 59.83s at the Athens 2004 Paralympic Games.

The atmosphere in the swimming pool was electric as the crowd cheered on Greek swimmer Konstantinos Fykas, who won silver, touching out Australia’s Ricardo Moffatti, who finished third.

“I can’t believe the time. I thought it was going to be fast but not that fast,” Austin said after the race.

“I’m amazed to win a gold medal tonight and to break the world record, it’s unreal.

“I’ve wanted to go under one minute for two years now, I’ve finally done it and I’m just so happy.”

Relive the moment and watch the race on YouTube.

In the lead-up to the Athens Games, there had been a race to be the first swimmer with one arm to swim the 100m freestyle in under a minute.

Austin was the second to do it but his quest fired a generation of young Australian swimmers to swim with one arm by their side and understand the quality of his performances.

Austin left Athens with 6 medals – 2 gold, 3 silver and a bronze.