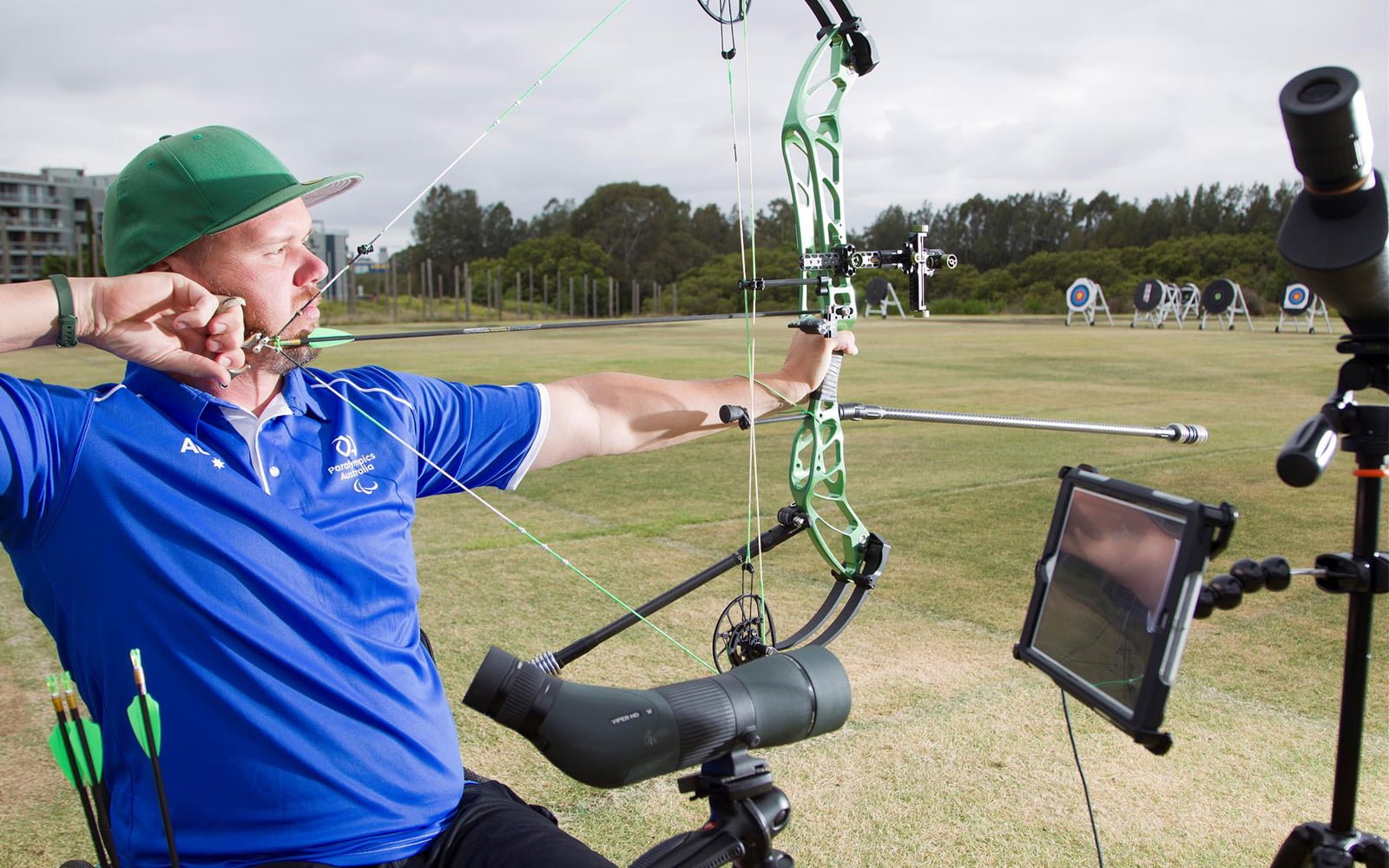 When Paralympics Australia launched the Think Big Gold Medal Challenge with our Major Partner, Optus, in 2017, we could never have anticipated the impact it would have when the Australian Paralympic Team found itself in the grips of a global crisis three years later.

From the Think Big Gold Challenge – a research initiative designed to support skill development for Paralympic athletes – flowed Paralympic Connect, a videoconferencing app delivered by Optus which connects athletes with their coaches and support teams.

Previously, Paralympic Connect proved useful primarily for national coaches who lived interstate from their athletes, but in this new world of self-isolation and social distancing, the take-up has been extraordinary.

For Ricci Cheah, Head Coach of the Australian Para-archery program and a prominent user of the Paralympic Connect app, these last few months have only re-emphasised the importance of having access to tools that operate outside of traditional coaching frameworks.

“Paralympic Connect, I don’t know what I would do without it,” said Ricci. “I coach athletes from Queensland, Tasmania, Victoria, all over Sydney … and now, with social distancing, a lot of my archers are unable to train in their normal environments, so I’ve been using Paralympic Connect quite a lot – four to five times a day.”

One benefit of Paralympic Connect which coaches, in particular, have taken advantage of in recent weeks is observing other sessions. Without competitions to travel to, they have an unprecedented amount of time to learn from one another and refine their skills.

“I only have my own point of view, so to be able to connect with coaches from other sports and pick up a few ideas, and to have coaches jump in to watch the way that I coach and come up with a few ideas as well … that’s something that’s really unique to Paralympic Connect,” said Ricci, who is based in Sydney.

Para-archery is also one of eight Paralympic sports to benefit from skills acquisition and performance analysis support via the app. More than 200 coaching sessions have been delivered through the app during the pandemic, with Paralympics Australia’s high performance staff participating in almost half of these.

“One of Paralympic Australia’s skills acquisition guys, he’s in South Australia, and every Friday he jumps on and we have a group training session,” said Sydney-based Jonathon Milne, Australia’s first Paralympic medallist in Para-archery in 32 years. “His job is to design training programs that put me under ‘tournament pressure’ … and to work out how that affects my shooting and what we can try to do to mitigate that stress.

“Because when your heartrate gets up, it changes the feeling of everything in a sport like archery. So you have to put yourself in those situations during training, so that when you get to a tournament, you’re not trying to figure it all out on the run.

“So like I said, because he’s based in South Australia, it’s a big help for him to be able to jump on Paralympic Connect and be able to just watch the training session, get that visual feedback, and get a better idea of what he can do it change it up, to put more pressure on.”

According to Ricci, Paralympic Connect, which was designed with athletes like Jonathan in mind, could very well prove the difference come Tokyo 2020.

“The best thing about Paralympic Connect is that it was designed for Paralympic athletes. It takes into account what the coaches want, what the athletes need, and you know, I’m really grateful to Paralympics Australia and Optus for designing it,” he said.