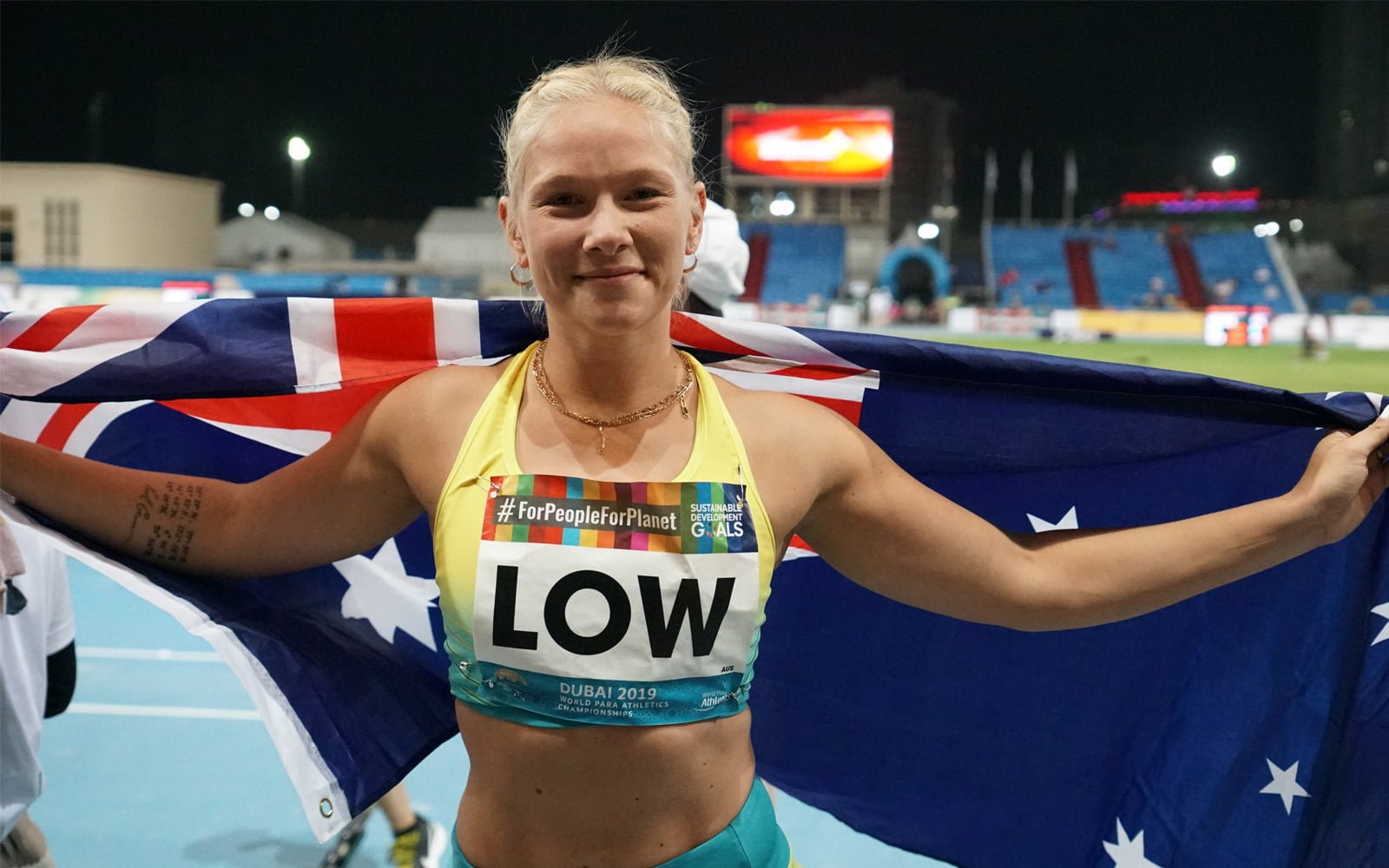 The online ceremony may have lacked the usual glitz, glamour and raucous celebrations, but it didn’t take the shine off the nominees and winners at the annual Athletics Australia Awards.

Staged online for the first time due to COVID-19 and hosted by John Steffensen, the ceremony premiered on www.athletics.com.au and saw James Turner, Vanessa Low and Philo Saunders recognised for their outstanding 2019 achievements in the Para-athletics categories.

Turner and Low took the honours as Male and Female Para-Athlete of The Year respectively following their IPC World Championship success in Dubai last November, while Saunders was named Para-coach of the Year.

Turner shattered the world records in both the 100m and 400m T36 finals on his way to stunning World Championship victories in Dubai, while Low overcame what she described as ‘a roller coaster season’ to claim her World Championship crown in the women’s long jump T63.

Coached by Iryna Dvoskina and based at the AIS, both Turner and Low immediately recognised their legendary mentor after accepting their awards and spoke with optimism about performing well at next year’s rescheduled Paralympic Games in Tokyo.

“Our coach is obviously a very big contributor. She is by our side every day, not just during the training sessions but really 24/7 and she has that talent of being very adaptable and thinking outside the box and working with bodies that aren’t the same.”

Turner added: “Iryna always has everything planned out years in advance, often four or five years in advance. She is very on-the-ball with how your body is going and how your body is responding to the training she has given you. She’s been instrumental, completely crucial, to the success that I have had and her other athletes have had. I wouldn’t be able to do the things that I can do without her.

“Hopefully I’d like to go out and run a little bit faster in Tokyo. I’ll do my best,” he said.

In the Para-Coach of The Year category, Saunders celebrated his well-deserved success over a hotly contested field of nominees that included Dvoskina, John Eden, Danny Kevan, Louise Sauvage and Des Davis – all of whom coached athletes to podium results at last year’s World Championships.

Saunders secured the award on the back of a string of incredible performances from his squad, headlined by Jaryd Clifford’s dual World Championship victories (1500m and 5000m) in the T13 class and Michael Roeger’s ongoing dominance of the T46 class over the marathon distance. Roeger also claimed a silver in the 1500m World Championship final.

And with the talented Deon Kenzie and Sam Harding also showing signs of further improvement with Tokyo on the horizon, Saunders is confident that the reputation of his tight-knit squad can continue to strengthen.

“It was a really enjoyable year. It’s great when all of the athletes you coach reach their potential throughout the year and at the major championships. That’s always the target and to achieve really good results was really thrilling. I’m really proud of all the athletes,” Saunders said.

“As a squad, we just love seeing each other doing well and we try to strive off each other. A good result from one athlete makes the rest want to do well which is great. I love it.”