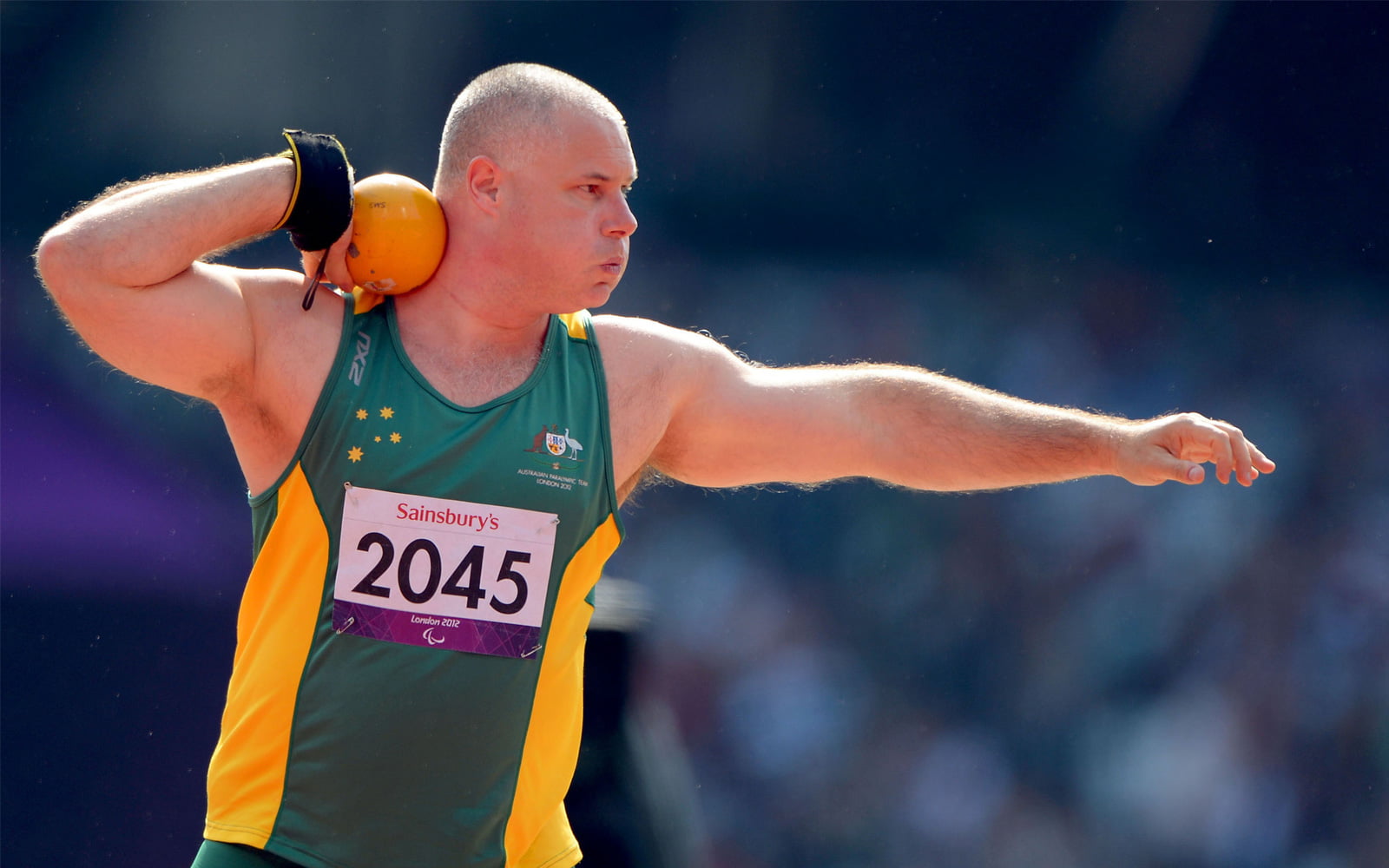 As an eight-time Paralympian, Russell Short is a hugely respected member of the Australian Paralympic Team. He is also one of its most prolific, having won six gold, two silver and three bronze medals to place himself squarely among Australia’s leading medallists.

But it is not always the gold medal victories that produce the most treasured memories.

You see, just six weeks out from the 2004 Paralympic Games, Short fractured his left elbow. To be competing at all was an achievement in itself, but he had not yet known the feeling of missing the podium at a Paralympic Games, and as history tells us, there was plenty more success to come.

Stepping into the circle to contest the men’s shot put F13 on day five of the Games, Short faced fierce competition in defending champion Sun Hai Tao (CHN) and Ukraine’s Oleksandr Iasynovyi, who were both F13 athletes – and therefore, more sighted than Short, who was an F12 competitor.

But for Short, winning gold was not the sole focus. Rather, these Games were about converting 16 years of experience into a podium finish – putting injury woes aside to leave Athens with no regrets.

Short landed 14.58m on his first throw. 14.82m on his second. Three and four, he dipped a little, before cementing bronze with two personal best throws of 15.35m and 15.54m with his last two heaves.

“It was six weeks to the day that I broke my elbow,” Short said in an interview with Paralympics Australia. “So to get to the Games, and then to be competitive, those were my goals heading in. And what that did was that it took the pressure off. I could relax.

“Sure, I could have been a couple of colours better off, but without a doubt, that bronze is one of the medals that meant the most to me. I won a couple of gold in Sydney, but even then, winning gold wasn’t the highlight – it was my family being able to see me compete.

“So when Athens came around, there was already the challenge of competing against athletes with better vision than I had – then when you throw an injury into the mix, it’s obviously not ideal, but to overcome all of that and to perform the way that I did, with a personal best too, I would take bronze over gold any day of the week.”

To read more about Short and other veterans of our movement, visit paralympichistory.org.au.