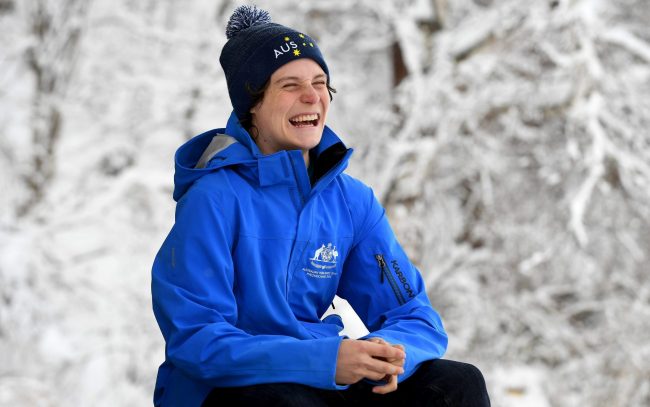 Tudhope, a 20-year-old veteran after making his Paralympic debut at 14, won two gold and three silver medals on the 2019/20 World Cup circuit to win the coveted Crystal Globe for SB-LL2 athletes.

“It’s a true honour to be named Paralympic Athlete of the Year,” said Tudhope. “To be recognised for the achievements that I put so much hard work into … it motivates me to strive for bigger and better things.

“Coming off a stellar season the year before, winning my first Crystal Globe, I wanted to continue my momentum and challenge myself going forward in every training and competition scenario. I was definitely in it to win it at every stage I could, but it was always about pushing the boundaries to see how far I could take my riding.”

Tudhope pushed the boundaries more than he realised he would have to, after the passing of his coach, Mikko Wendelin, in November last year. Less than a week later, he paid tribute to Wendelin the best way he knew how, winning double gold.

At the time, Tudhope said:

“This is all for him. I could hear him in my head all day going, ‘This is for you. Just ride your best, do your best. Don’t worry about anything else’.

“I really wanted to do him proud, so to get the win … it’s probably one of my biggest to date. I will treasure this moment forever.”

In an interview with Snow Australia, Chief Executive Michael Kennedy said he was proud to announce Tudhope as the Paralympic Athlete of the Year.

“I could only watch Ben in awe this season – he went from strength to strength and captured the hearts of many along the way, as he faced a season without his coach and mentor,” Kennedy said.

“It was a testament to his maturity and focus that he could perform at the level he did, not only immediately after Mikko’s passing, but for the remainder of the season. I know Mikko would be extremely proud of his achievements this season.

“Ben is still so young, and I look forward to seeing what he can achieve in the years to come.”

Tudhope is now working towards the Beijing 2022 Paralympic Games, where he hopes to draw on his nearly decade-long experience at international events to achieve his goal of Paralympic gold.

“At every competition, you learn at least one little thing that helps in your development and experience,” he said. “Having two Games under my belt, and now experiencing some rewards and podiums, I feel that I’m in an ideal place leading into Beijing.

“There’s still a long way to go, and a lot more learning that needs to be done, but I’m excited to continue on the road, and excited for the challenges ahead.”

But first – credit where credit’s due.

“I couldn’t have medalled at any competition or won any award without my support system around me. So I would like to thank my team, my family, my friends … for helping me to achieve my best.”