The other Tokyo Paralympics 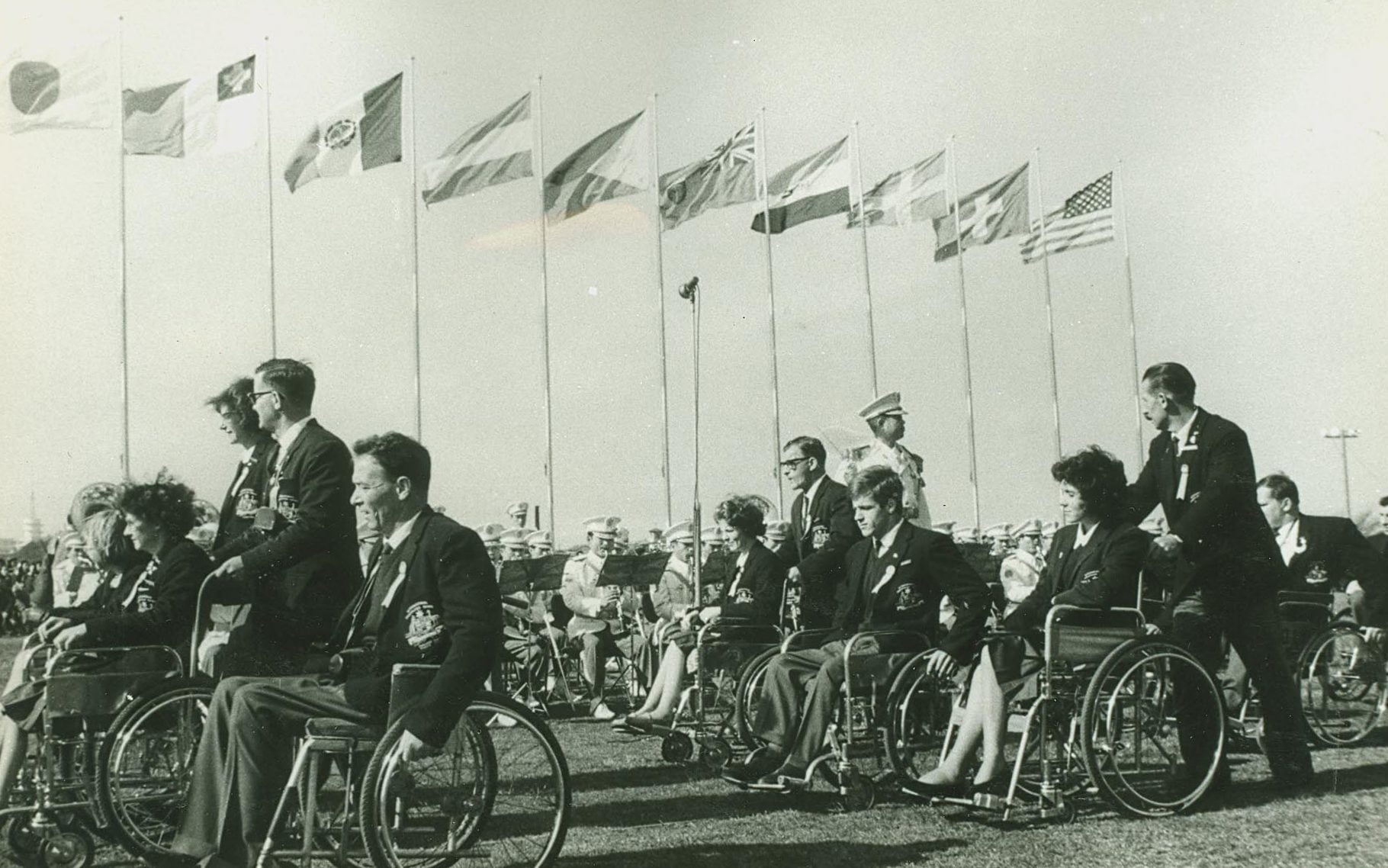 From 24 August to 5 September next year, around 4,400 of the world’s most high-achieving athletes with a disability will converge on Tokyo, Japan, for the 16th edition of the Paralympic Summer Games.

Together, they will contest 540 events across 22 sports, including the new Paralympic sports of Para-badminton and Para-taekwondo, and each carve their names in history as competitors at the largest, most visible Paralympic Games ever.

But before Tokyo 2020 came Tokyo 1964, where a grand total 378 athletes competed under 21 flags at what was then known as the 13th International Stoke Mandeville Games.

Among them? Australia’s Elizabeth Edmondson.

The five-time Paralympic champion made history herself in 1964 when she became the youngest ever Australian athlete to win a Paralympic gold medal. She had just turned 14.

Of course, as impressive as this is, with only one Games preceding Tokyo, there was every chance that Edmondson’s record could be superseded come the 1968 Paralympic Games in Tel Aviv, Israel – or any of the 12 Games which followed. But nearly six decades later, it has stood the test of time.

“As the Paralympic movement grows in size and recognition, I am now more aware of what I achieved all those years ago. I came home and went to school the next day – no ticker tape parades or OAMs [Medals of the Order of Australia] for medal winners in those days.”

Flying via Perth to Sydney to meet her 14 Australian teammates, Edmondson touched down in Tokyo three-and-a-half days later after stopovers in Manila and Hong Kong (next year, it will take all of nine hours – and sans the certificate Edmondson received in 1964 congratulating her for “gallantly crossing our equator in a skyship”).

Among Edmondson’s most experienced teammates in Tokyo was Bill Mather-Brown, whose career in Para-sport began nearly a decade earlier.

A three-time Paralympian, Mather-Brown was first introduced to wheelchair basketball in 1955, during a brief stint on the Perth airwaves as a sports reporter for 6iX.

He recalled: “My boss at the time was a fellow called Monty Menhennett, and Monty said, ‘There’s a disabled sports day down at Shenton Park and we want you to cover it.’

“And I said, ‘Yeah, well who’s gonna go? Because I’m not really interested in that.’

“And I actually wrote what I was gonna say on the air on the way down there. You know, that I will tell everyone about how these courageous chaps in their wheelchairs are doing a fine job and to keep it up.

“But then they started to play basketball and the whole world changed. I decided that that’s me and that’s what I wanted to do.”

Fast-forward to 1964, and with one Paralympic campaign already behind him, Mather-Brown was a veteran – or as close to a veteran of Paralympic sport as you could get in those days. He contested wheelchair basketball and Para-table tennis in 1960, winning a silver medal, and would be swapping a paddle and ball for an épée in Tokyo.

“Tokyo was way above Stoke Mandeville of ’57 – even Rome [in 1960] was amateurish by comparison.

“But in saying that, I don’t believe they expected the Teams to compete with the intensity that many of them did – us included – and the officials were below the level expected for an international meet, particularly a Paralympic Games.”

The intensity with which the Australians competed saw them return home with 12 gold, 11 silver and seven bronze medals, placing fourth on the gold medal tally.

More than five decades have passed since Edmondson and Mather-Brown last competed at a Paralympic Games. It is now one of the largest sporting events in the world, with a global audience of more than 4 billion. But 1964 or 2020, “to be an Australian representative is always the highlight of any athlete’s career”.

“Tokyo meant a great deal to me – and still does, more than 50 years later,” said Mather-Brown.

No doubt our successors will rehash that line when they write about the 2020 Australian Paralympic Team in 2076.