Tickets to Tokyo within reach for Paralympic paddlers 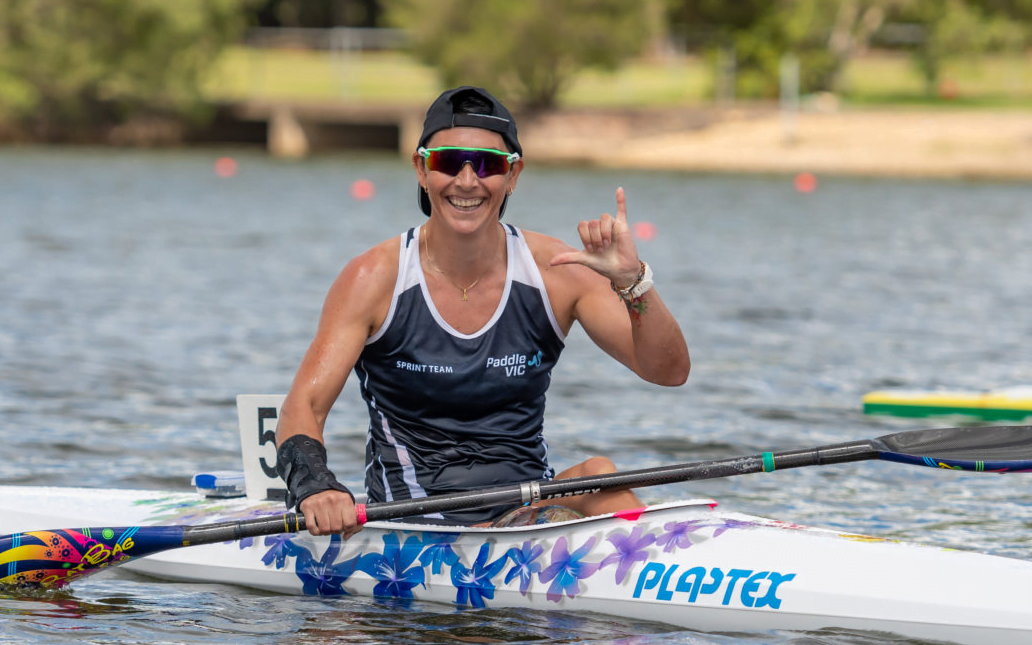 165 days out from the start of the Tokyo 2020 Paralympic Games, Paralympic paddlers Curt McGrath, AJ Reynolds, Susan Seipel and Dylan Littlehales have earned nomination for selection to the 2020 Australian Paralympic Team.

Competing at the 2020 Paddle Australia Canoe Sprint Championships in Sydney, NSW, the men’s kayak K1 featured a race-off between McGrath (KL2) and Littlehales (KL3), with Littlehales taking it out 0.69 seconds ahead of McGrath.

“It was a bit the same as yesterday [in the va’a’], the same sort of feeling,” said McGrath. “Obviously, Dylan was out in front of me, which is nice to see and he is tracking along really well.

“But it’s really nice to have all the boxes ticked. We have a good team heading over, we are happy about everyone’s performance, and looking forward to the next steps now.”

Having now earned nomination in both the kayak and the va’a, 10-time world champion McGrath is on track to win two gold medals in Tokyo.

“Hopefully, yes. There is obviously a lot that can happen between now and then, and with the way the world is going, we don’t what is going to happen. But I like to think that on the day we get there, and I will be up there on podium, hopefully on the top step.”

Littlehales has shown one of the strongest improvements among Australia’s Para-canoeists over the last four years, and is looking forward to putting it all into action at his second Paralympic Games.

“I feel great,” Littlehales said. “It was a good race out there, a good bunch of athletes, and now it’s forward to Tokyo.

“The next goal is going to beat Serhii Yemelianov [UKR], the world champion, and hopefully I can bring home gold in Tokyo. But that is still six month away, so we are just going to keep working at NSWIS [the NSW Institute of Sport] until then and keep the grind going.”

Paralympic silver medallist Reynolds also put in a strong race, posting a time of 0:50.86 in the women’s kayak K1.

“I will be really excited when I get my official ticket, but I’m happy with the performance today and it’s been really good,” Reynolds said. “You just got to do the best you can do, and the hope was to secure my seat in the boat, which I hopefully have done today. Times were a lot better than I thought they were going to be, and we’ll crack open the bubbly once we get the ticket.”

“I really enjoyed my kayak race, and we had bit of tailwind, which is my favorite condition. I was happy overall with my race, and it’s been really good to have the two selection events out the way now and just do some races for fun tomorrow,” said Seipel, who will continue racing in the 500m events from today.

“We have a very small team, and we have [Rio 2016] medal winners on our team, so we kind of knew when we got the [quota] spots at the World Championships last year that those people probably, most likely, get there. But you never know, and it’s good to be almost there, and hopefully it will become official in the next few weeks and we can all celebrate then.”

By Paddle Australia
Posted: 13/03/2020
Photo with thanks to JGRImages