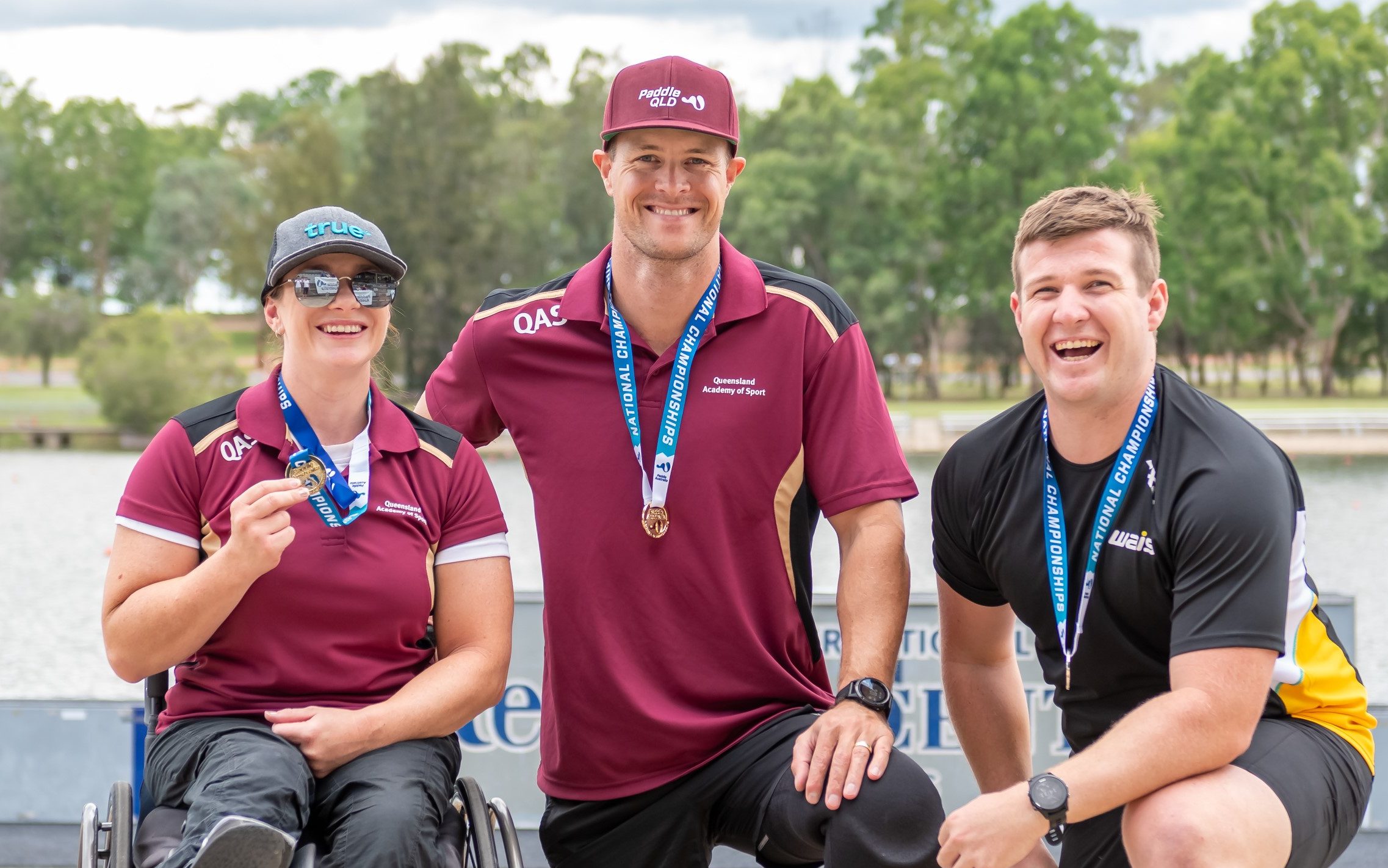 166 days out from the start of the Games, the Championships are doubling as the final Paralympic selection event, and yesterday, both McGrath and Seipel were required to meet performance standards in the va’a, the outrigger canoe.

“National Champs, and also Paralympic selection, are up this week,” said McGrath. “We just completed the V1 200 [200m va’a], which will be a Paralympic event in Tokyo. So I ticked that box and I am really happy with how that went.”

A six-time world champion in the va’a, McGrath is looking forward to potentially contesting two events in Tokyo, after he won a gold medal in the men’s kayak KL2 at the Rio 2016 Paralympic Games.

“It’s about chipping away at the small improvement points over the last couple of years and trying to get a little bit faster. There’s only so much you can do until someone comes over the top, but I will be trying to defend that World Championship in the debuting event of the V1 200 event in Tokyo.

“[The kayak today is] more of a compliance check, making sure I can still go pretty quick when required, but it’s always good to have a hit-out with Dylan [Littlehales] and the other Para-athletes. We have a bit more of a larger field this time, and it’s always nice to have more paddlers in there and see the sport growing.”

Littlehales, who races the men’s kayak KL3 internationally, impressed in his first race yesterday – the Olympic kayak – with sixth in the heats (+2.89). McGrath came in just behind in seventh (+4.11).

Like McGrath, Seipel also locked away her spot in the va’a, and as the only female competitor nationally, she raced the men instead.

“It was nice to race with the men because I was the only female racing in the va’a at this meet. It was a good race and I’m happy with my time,” said Seipel, who crossed the line in 59.95.

As a triple world champion in the va’a and reigning World Championships silver medallist, Seipel is excited about its addition to the Tokyo 2020 program.

“It’s exciting to race the va’a because it is making its debut in Tokyo. I am lucky that I am still up in the medals at Worlds, so I am hoping to get a medal in Tokyo in the va’a, which will be very exciting.”

Together with 2016 Paralympian AJ Reynolds, she will now look ahead to the kayak.

“There is not much competition nationally because we are all in different categories – classifications – so the goal will basically be to get a good time, and then hopefully the team announcement won’t be far away so that it soon all becomes official,” Seipel said.

By Paddle Australia
Posted: 12/03/2020
Photo with thanks to JGRImages