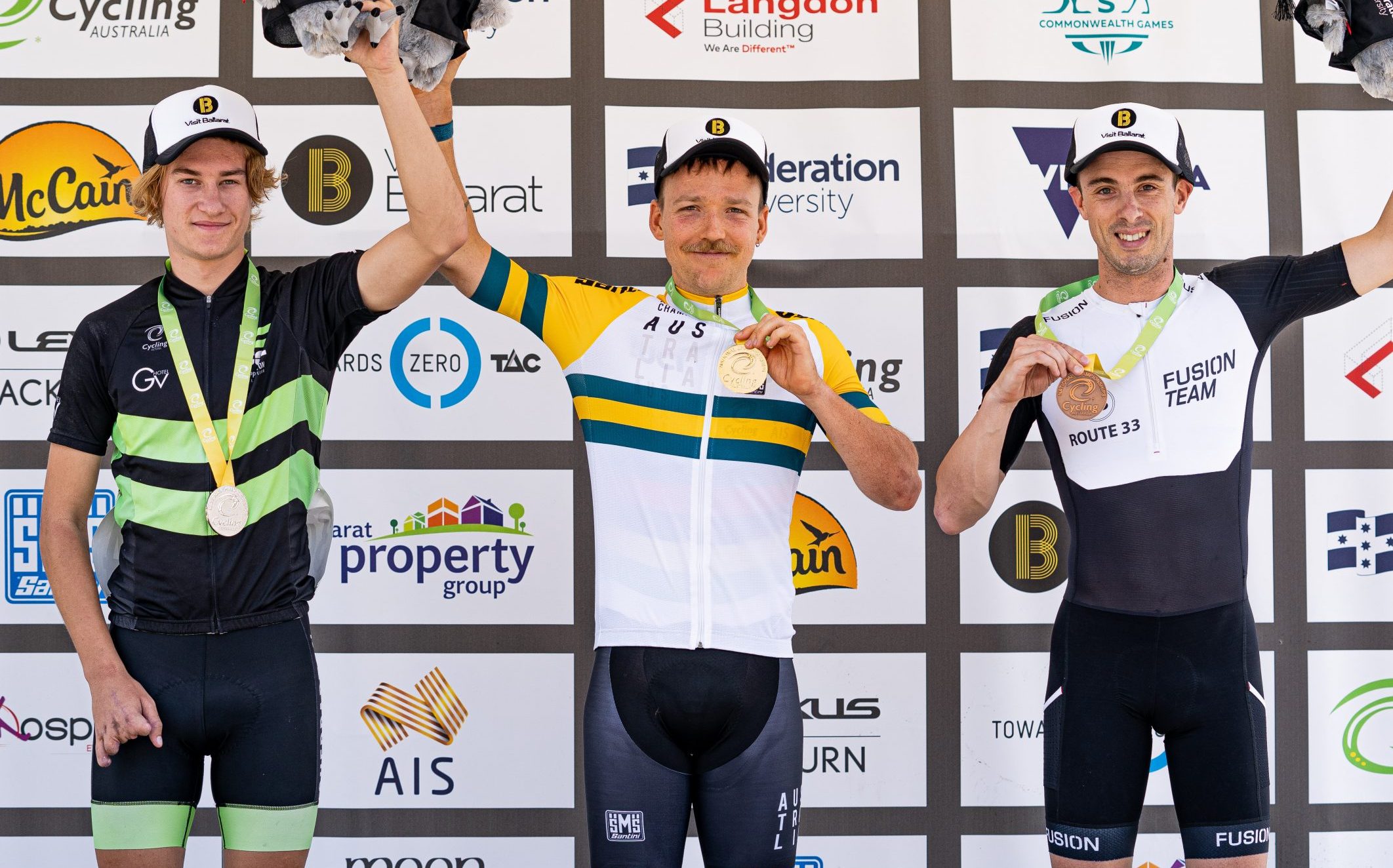 A new time trial course greeted the riders, with the challenging and technical out and back course starting and finishing at Federation University. It featured a flat section along Yankee Flat Road and a more technical section around the campus.

Cooke claimed a ninth straight time trial national crown in the women’s T2, covering two laps of the 8km in 38:54.87.

“It is such an honour to win this, today was a tough day. It was tough going up the hill the second time,” said Cooke, who also praised event organisers for the Championships’ inclusivity.

“It was such an honour to have Para-cycling included in the National Championships a few years ago, and now this year we see the inclusion of riders with an intellectual impairment, which is fantastic.

“As a country, we are way ahead of everybody else in terms of inclusiveness, and I am really proud of this fact.”

Australia’s Para-cyclists enjoyed a stellar 2019 on both the track and road, with Cooke quick to praise the Australian cycling team’s Para-cycling program.

“At the 2019 [Road] World Championships, Australia was the top nation, it was absolutely fantastic. We have such a great team. We have really good support, great leaders in the team through Warren McDonald [Technical Director], Cam Jennings [National Track Coach] and Dave Betts [National Road Coach]. It is a privilege to be on such a great team, a real family.”

Donohoe shone in his rainbow jersey as he won his third consecutive green and gold jersey in the men’s C5, negotiating three laps of the course in 35:28.03.

“To be in my home state and in front of friends and family, to be in the rainbows, it is a pretty special feeling,” said Donohoe. “I had really good sensations out there today, it was a nice course, a refreshing change to the traditional courses over the past few years.

“The win is a great way to start the season. It is also really good preparation for the Tokyo [2020] Paralympic Games, real technical, lots of ups and downs, not a lot of rhythm, so you had to keep concentrating.”

Nicholas won crowned national champion of the men’s C3 for the ninth year in a row, while Greco defended her women’s C3 title.

By Cycling Australia
Posted: 09/01/2020
Photo with thanks to Con Chronis / Zac Williams