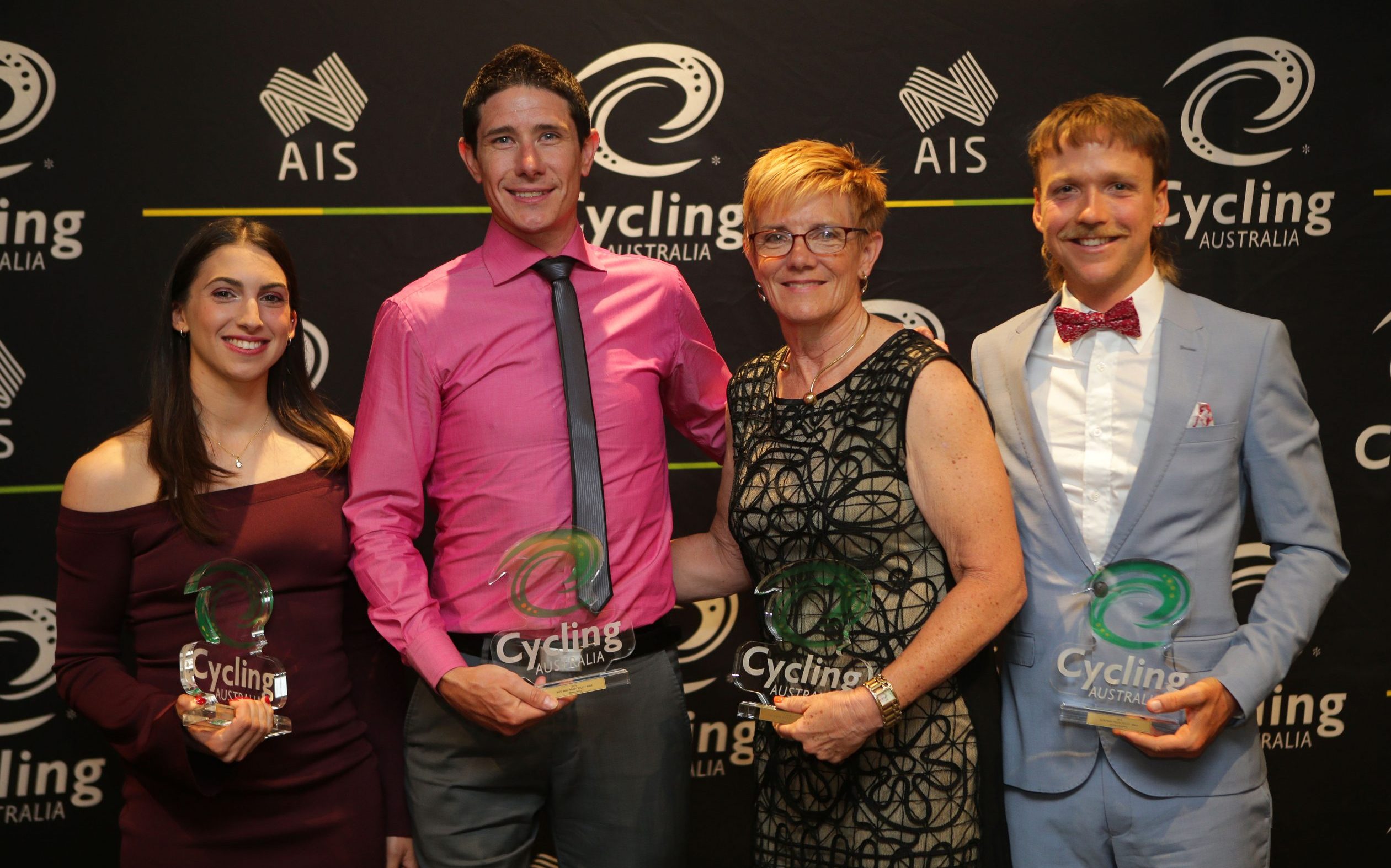 Four athletes on the star-studded Australian Para-cycling team were celebrated last night (16 December) at the 2019 Cyclist of the Year Awards in Brisbane, QLD.

Hicks, who won gold in the men’s time trial C2 at the 2019 Union Cycliste Internationale (UCI) Para-cycling Road World Championships, as well as three gold medals on the World Cup circuit, said that it was an amazing feeling to win, given the quality of racing produced by the entire Australian Para-cycling squad this year.

“Just this last weekend [at the UCI Track Cycling World Cup in Brisbane, QLD], we saw seven world records broken, so you don’t just win one race and that’s a good year, you need to keep winning. I won three of the four World Cups on the road, two World Championships, and three National Championships – and that’s barely enough.

“We have such a strong Para squad, and it’s a pleasure to be a part of it.

“It’s amazing to get this award,” Hicks said.

Cooke won dual rainbows at the World Championships, as well as the overall World Cup series.

“We have such a strong group of Para-cyclists, and that many world champions on this team, that being singled out for this [award] is very special, especially at this age [58].

“I hope that by showing people that it doesn’t matter what number it is that’s attached to your age, and that if you love doing something, that you can just keep doing it – and reap the benefits of it.

“I think that this year has probably been the best year I’ve ever had, because I didn’t put the pressure on myself that I had to be on the top step. It was about enjoying it, it was about having fun, and I probably had the most fun that I’ve ever had in a year of racing.”

At the 2019 UCI Para-cycling Track World Championships, Greco won dual gold in world record time. She said: “I’ve had a really awesome year, and it [her award] means a lot. Every time I look at it, it reminds me of an awesome year – and it’s my first year on the team.

“I’ve been working really hard, and it’s been really good to see the results. It’s been an amazing year, and I still can’t believe where I have been with my teammates!”

“This award highlights the fact I had to win three World Championships just to get the award. David Nicholas was in there and he didn’t get an award. We’ve got some serious depth, so it’s kind of exciting.

“I am stoked. It just feels amazing to be back where I think I should be. After some ill health in 2017, I am really building back up in 2019. This award, personally, means a lot to me tonight.”

By Cycling Australia and Paralympics Australia
Posted: 17/12/2019
Photo with thanks to John Veage