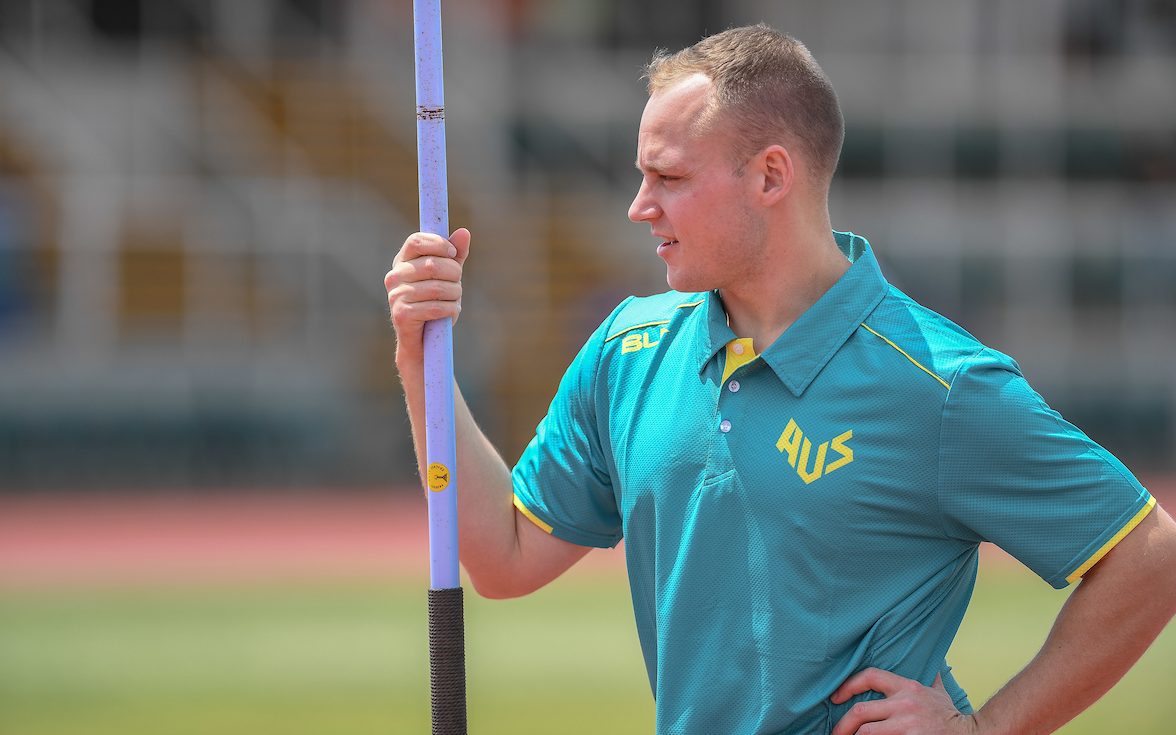 The throwers in the Australian team are about to take centre stage on day three of the 2019 World Para-athletics Championships in Dubai, UAE.

And Australia’s three competitors for the men’s javelin F38 – Corey Anderson, Cam Crombie, and Jayden Sawyer – certainly pack some punch as far as their résumés are concerned.

Anderson is the new world record holder for this cerebral palsy class after his 55.14m effort in Sydney, NSW, last April.

And Sawyer is the defending world champion, having struck gold with a 52.96m throw in London, England, in 2017.

“It’s great to have these three in competition today, because we have the reigning world champion and current world record holder,” said Athletics Australia’s Paralympic Program Manager, Jon Turnbull.

“Our third entry in Cam Crombie is the current world shot put champion, so he’s also in the mix as well. It’s a pretty impressive group of athletes actually.”

Heading into the men’s shot put T20 final on Saturday (9 November) night is Todd Hodgetts, with his own lengthy list of credentials.

“He’s won a medal at each of the major champs for quite a few years now, so he’d be very keen to keep that run going,” Turnbull said.

“Todd, aka ‘the Hulk’, as he’s known, is a gentle giant. But probably not when he gets out onto the shot put arena,” Turnbull said.

“He’s very competitive and there’s nothing ‘gentle’ about Todd when it comes to representing his country.”

Back on the track, and Angie Ballard (women’s 400m T53) and Eliza Ault-Connell (women’s 800m T54) return after competing in their respective 100m events.

Sprinter Tamsin Colley makes her first appearance in Dubai with the heats of the women’s 200m T36. If she successfully negotiates the morning heats, the final is later on Saturday night.