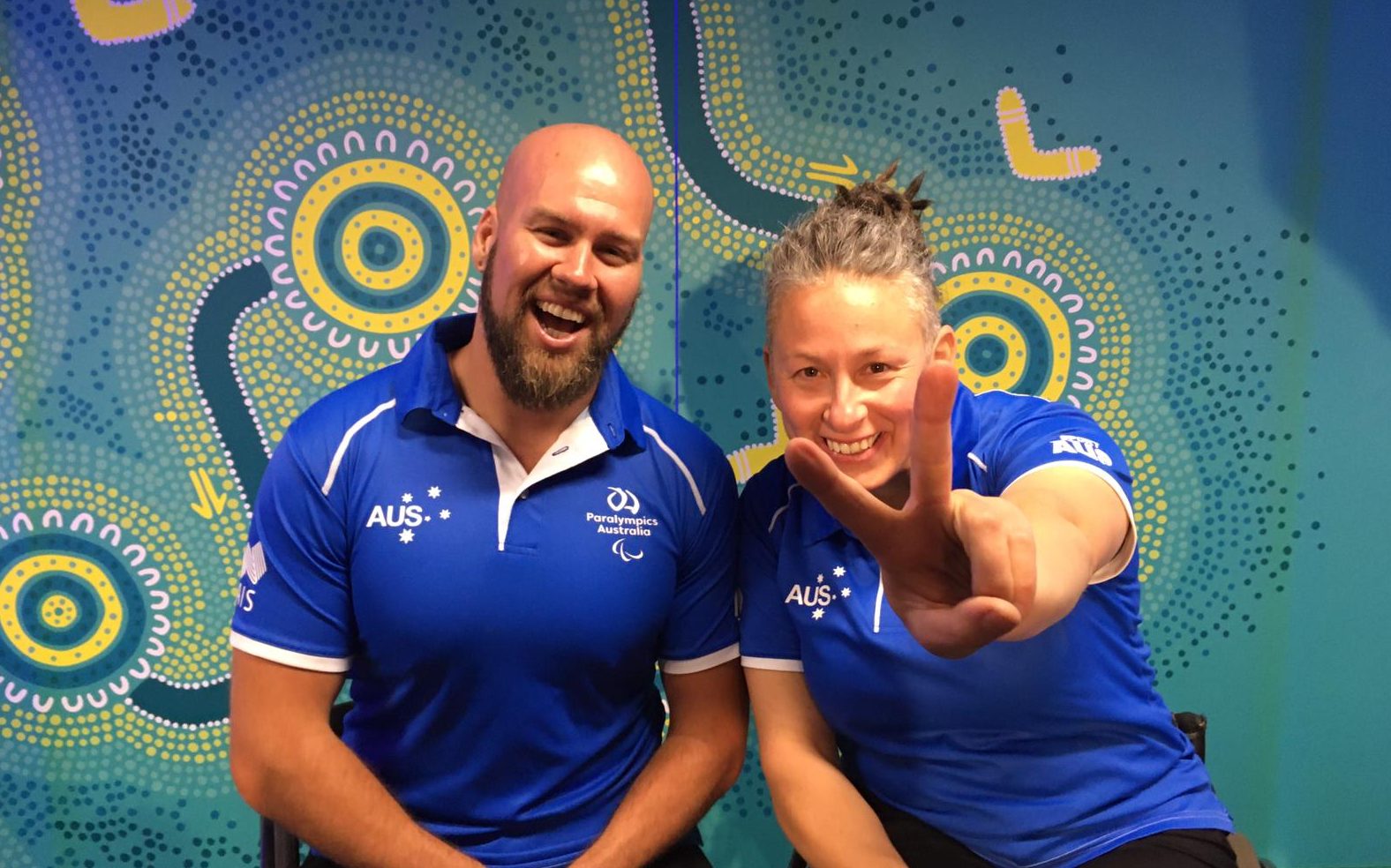 Di Toro will return to the role for a second consecutive Games, after previously sharing the 2016 captaincy with wheelchair racer Kurt Fearnley, who retired from Australian representation last year. It was Fearnley who personally passed on the responsibility of the role to Batt, at an emotional and unpublicised meeting.

Together with McLoughlin, Di Toro and Batt will use their wealth of experience to lead the Australian Team through the Tokyo 2020 Paralympic Games campaign, and further enhance the platform built during the 2016 Paralympic campaign, which was focussed on connecting current athletes to the wider movement and its history.

“Australia has enjoyed a long history of success at the Paralympic Games, but as the Paralympic movement continues to grow – and the Games become more and more competitive – it has never been as important as it is now to foster a culture that supports success with a strong team spirit,” McLoughlin said.

“We saw the benefits of this first-hand at the Rio 2016 Paralympic Games, where Danni Di Toro first introduced Australians to the Mob. The Mob, which is now internationally recognised and celebrated, encourages every member of the Australian Paralympic Team to acknowledge those who have preceded them, while promoting the values of courage, determination and camaraderie to find their own way to contribute to the rich legacy of the Paralympic movement in Australia.

“We are beyond delighted to appoint Danni and Ryley to the prestigious role of co-captain of the Australian Paralympic Team, and have the utmost confidence that they will offer incredible value to their Paralympic teammates, who – when they arrive in Tokyo – will be able to focus on what they need to do to succeed, by feeling safe in the knowledge that there is a support network behind them, with two of the most experienced athletes on our Team at the helm.”

Anderson believes both Di Toro and Batt were outstanding among a hugely talented list of potential candidates, and is confident the imminent future of the Paralympic movement in Australia is in safe hands.

“With decades of experience representing their country at the Paralympic Games, and natural leadership skills which have seen them appointed to senior roles both within their sports and the wider Paralympic movement, Danni and Ryley are the perfect leaders to help us steer our campaign towards success at the next Paralympic Games.

“Something truly special happens when Paralympic athletes embrace their history – while creating it themselves – and Danni and Ryley are outstanding ambassadors for Paralympic sport and continue to set an incredible standard for us all to live up to.”

Di Toro, who made her Paralympic debut in wheelchair tennis in 1996 before transitioning to Para-table tennis in 2016, is a two-time Paralympic medallist and winner of 20 Grand Slam titles. She was the 1999 Australian Female Paralympian of the Year and the recipient of an Australian Sports Medal in 2000.

On her reappointment as co-captain, Di Toro said: “It’s beyond humbling. The first time was such a proud moment, but the second time … not many people get to do that.

“I think about the Priya Coopers [three-time Paralympic swimmer and co-captain of the 1996 Australian Paralympic Team] of our community who have been incredible, long-standing contributors in so many ways, and I feel like I’m not even close to that, so it seems like an incredible, stupid, ridiculous honour – and I’m grateful for it.

“I feel really proud of this team. Every single one of them is a part of my family, and I feel deeply connected to them, so I’m incredibly proud to represent them, and to be able to do that alongside Ryley is a beautiful opportunity to explore the way that we both experience the community.

“We’ve known each other over so many years. My first memory of him was in Athens [at the 2004 Paralympic Games], and watching this kid become an incredible warrior of an athlete, but also a strong and considerate and kind leader, has been so special.

“He knows what Paralympic sport has done for his life, and is super passionate about providing those opportunities for others. And he is able to communicate that so well. This is going to be a really beautiful partnership.”

Di Toro is confident that Batt will not only go down in history as one of the greatest wheelchair rugby players of all time, but also a formidable co-captain of the Australian Paralympic Team.

Batt helped lead the Australian Steelers to their first Paralympic gold medal in 2012, and carved his name in history once again as a member of the first wheelchair rugby team to win consecutive Paralympic gold medals and a world title in a four-year period, when the Steelers won gold at the 2014 World Championships and 2016 Paralympics.

Batt said: “It’s hard to put into words what it means to me to be named as co-captain. To not only represent Australia at a Paralympic Games, but to captain, is something I never even dreamt of. It’s a proud, proud moment.

“Kurt was actually the one who told me. It felt like a joke at the time – I didn’t even know that I was in the mix for co-captain, and I was genuinely shocked. Kurt is someone who I have always looked up to – both Danni and Kurt are. They are caring and kind, and genuinely have the back of every single person on the Australian Paralympic Team. I’ve always looked at them and felt proud that they’ve represented our country. So for me to step into that role, alongside Danni, is really humbling, but also an exciting opportunity.

“As captain of the Steelers, I try to lead by example. I put my heart and soul into everything to do with our sport, and I’m looking forward to having the privilege of doing that with the wider Paralympic Team.

“Danni is happy and supportive and caring to the wider Paralympic family, and I want to be able to do that too.”

The 2020 Paralympic Games will be held in Tokyo, Japan, from 25 August – 6 September. Australia will be represented by approximately 180 athletes across 18 sports.