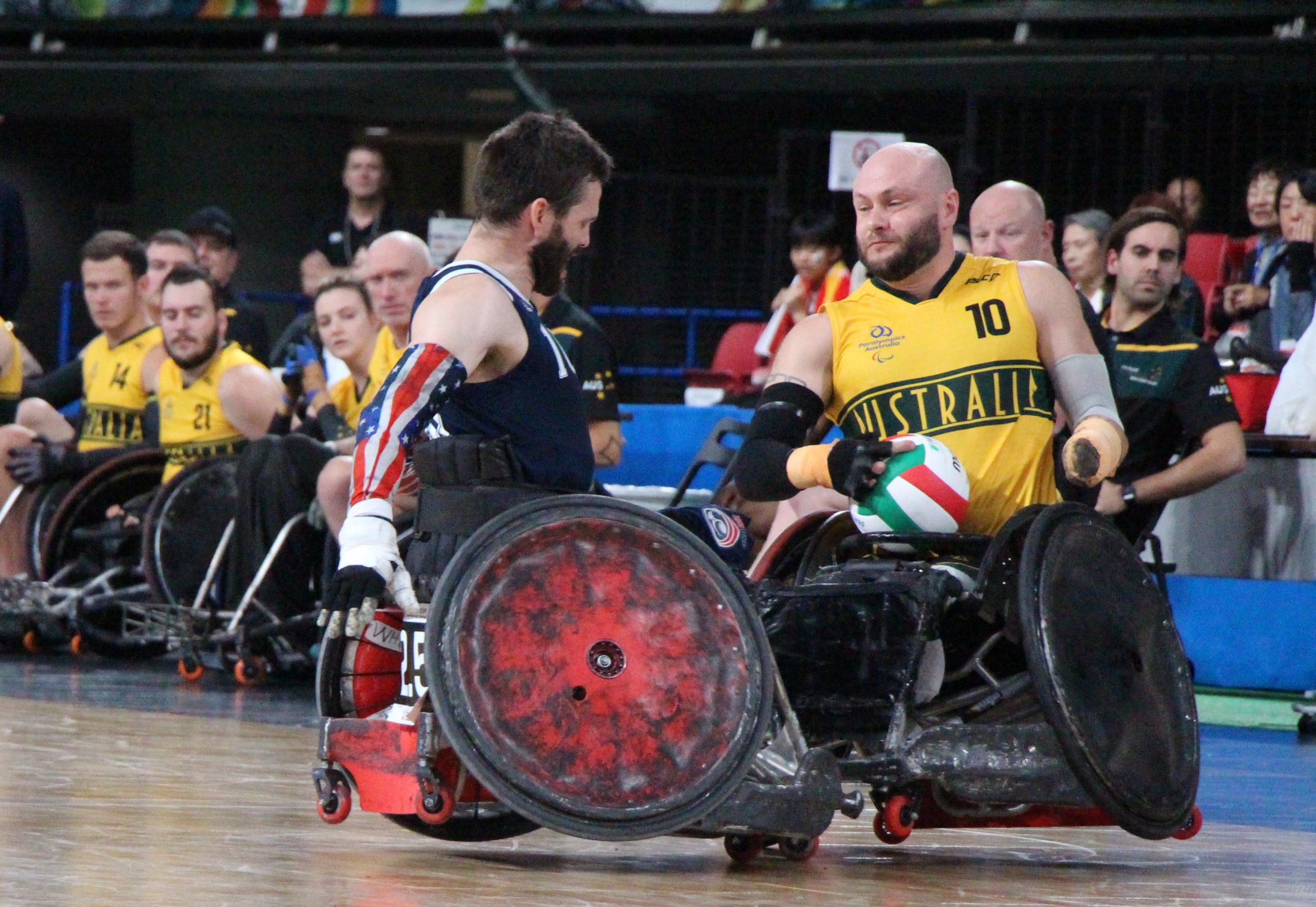 The United States are the 2019 World Wheelchair Rugby Challenge champions after the Australian Steelers capitulated in the second half of the gold medal match tonight in Tokyo.

The Americans completely humbled the reigning Paralympic champions to record a resounding 59-50 victory after the scores were locked at 27-all at half-time.

Facing a seven-goal deficit (45-38) at the start of the fourth quarter, any hopes the Steelers had orchestrating a miracle comeback disappeared rapidly when their first two possessions ended with turnovers that the Americans converted into goals.

In the end, it was a disappointing anti-climax to a hugely successful tournament in Tokyo, highlighted by huge crowds, live broadcast of finals matches on Japanese television and a gold medal final between the world’s two best teams.

Australian coach Brad Dubberley did his best to contain his frustration after the match, but it was obvious how much the loss hurt.

“That was extremely disappointing,” Dubberley said.

“Hopefully this is the wake-up call the team needs to switch on when it matters.

“There were some brain-fade moments, losses of concentration. The US played well but we made them look good.

“I can’t remember a worse third quarter. The number of turnovers was ridiculous.

The 12 turnovers conceded by the Steelers tonight, including 10 in the second half, were a significant portion of the total conceded (16) in their four previous appearances at the tournament.

Australian captain Ryley Batt said the Steelers will now need to regroup and a find to way to bounce back as they attempt to win their third consecutive Paralympic gold medal next year in Tokyo.

“I spoke to the team straight after the game and the message was ‘remember this moment’, next year is our priority. That’s when it matters for us so remember this feeling, remember this game and make sure we never have to go through this again,” Batt said.

“It was probably the worst rugby I’ve seen us play in a long time,” Batt said.

“Not taking anything away from America, they are a fantastic team, but we beat ourselves. To lose by eight goals, I don’t think I’ve ever lost in final of a tournament by eight goals in my life.

“It hurts. It does hurt. Performance-wise, I thought the whole team was fantastic for the whole tournament but unfortunately you have one bad quarter and you pay for it.

Batt scored 32 goals in the final, while Chris Bond (10 goals) and Andrew Edmondson (nine) were the other scorers.

“We had a bad game. That happens in sport. At half-time we were right in the game. I thought we were going to win it.

“We have confidence, we didn’t feel fatigued, but then a few errors slipped into our game and the momentum totally swung against us.”

In the bronze medal match, Japan defeated Great Britain 54-49 in front of their home fans and a national viewing audience watching on NHK.

The WWRC saw the top eight teams in the world do battle this week, in a major test event for the Tokyo 2020 Paralympic Games next August.