Batt leads Australia to WWRC victory in his 300th game 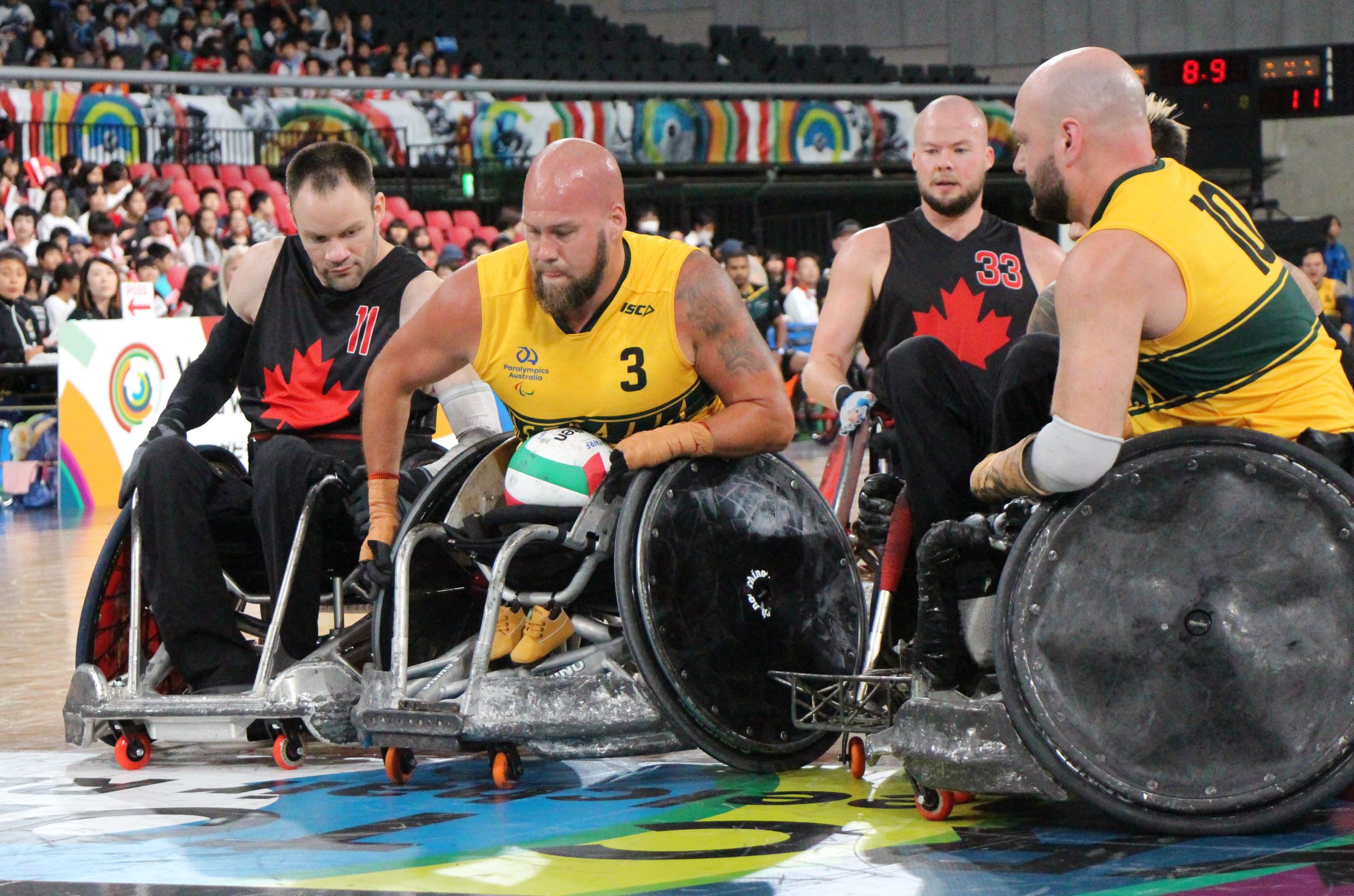 In his 300th game for Australia, Steelers captain Ryley Batt powered his team to a 61-54 victory over Canada at the 2019 World Wheelchair Rugby Challenge in Tokyo today.

Batt played every minute of the match and scored 34 goals to secure Australia’s passage to the semi-finals on Saturday regardless of tomorrow’s result in their final pool match against the United States.

“It was pretty cool, being able to play 300 games for your country. I had it in the back of mind the whole game,” Batt said.

“I’m very, very proud to play 300 games for Australia. Not many people get to do that in a lifetime and I’m only 30-years-old.”

The Canadians did everything they could to spoil the Australian captain’s milestone, leading at quarter time and staying within one goal of the Steelers throughout the second and third quarters.

But their resistance finally ended in the final term due to the relentless pressure from the Australian defence. Having conceded just three turnovers in the first three quarters, Canada conceded five in the final five minutes. The Steelers made them pay.

“We only gave up two turnovers for the entire game which is pleasing, and we gave those up in the first quarter. To have no turnovers for the final three quarters was obviously the difference, so I’m really proud of the team and the way they executed the plan we put in place,” Australian head coach Brad Dubberley said.

“It was really close as we predicted but everything went to plan. It was great to have such a hard, tight game because it definitely helps us prepare better for semi-finals and finals.”

“I’m really proud of the way the team absolutely executed the plan. This isn’t the Paralympics, this tournament is all about learning for the Paralympics and we learnt a lot in that game that will help us against Canada down the track so I’m stoked about that” Dubberley said.

“That was like a semi-final for us. We knew if we won that game, tomorrow against America we would use the opportunity to develop and grow our bench which is a great position to be in.”

Dubberley, who has coached the Steelers since 2007, is a former athlete and played with Batt when the shy 14-year-old made his Australian debut in 203. The pair also played at a Paralympics together in 2004, before their coach-athlete relationship grew into one of the most formidable in the history of the sport.

“I’m really proud of Ryley. I was there from the start when we first meet him at school before he started playing rugby. When we first told him that he might be able to play for Australia one day, he was just excited to play for NSW, let alone Australia,” Dubberley said.

“He’s a great team guy, a great player obviously and a great person. I’m extremely proud of him.”

“Now we looking forward to next year’s Paralympics. We have a very big campaign that we’re gunning to win and obviously he’s going to be a big part of that.”

The WWRC sees the top eight teams in the world do battle this week, in a major test event for the Tokyo 2020 Paralympic Games next August,

The Steelers play the United States (Friday) in their remaining pool match, in a match that will decide first and second in Pool B, before semi-finals on Saturday and medal rounds on Sunday are fought.

The Steelers began their 2019 WWRC campaign yesterday with a 60-46 victory over New Zealand.