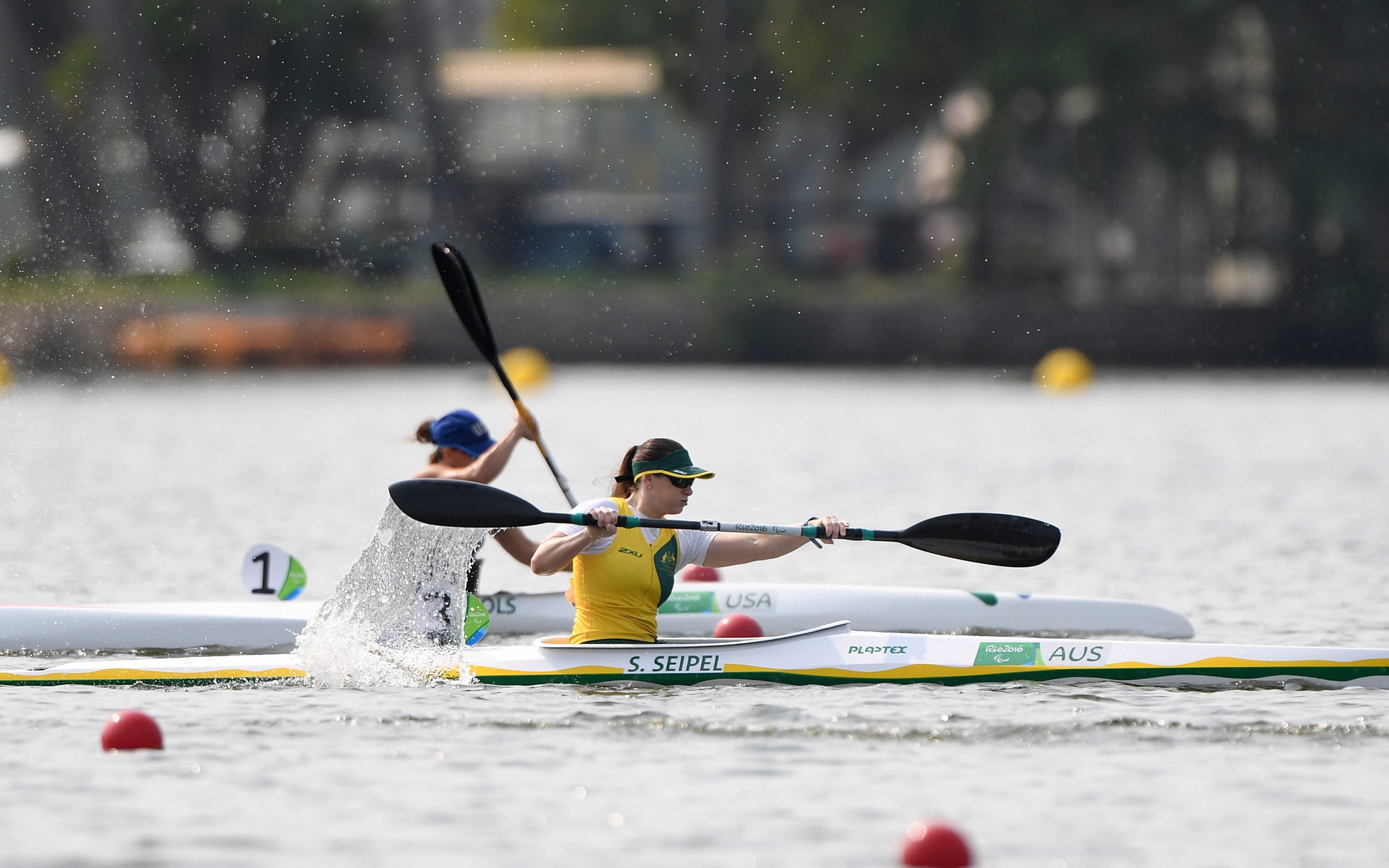 The 2019 Ready Steady Tokyo – Canoe Sprint and Para-canoe Test Event successfully wrapped up over the weekend (12-15 September), with Paddle Australia’s four Para-canoeists enjoying the opportunity to test the Tokyo waters and surrounds less than one year out from the Tokyo 2020 Paralympic Games.

For reigning Paralympic champion and dual world champion McGrath, who took home gold in the men’s va’a VL3 and silver in the men’s kayak KL3, his gold on Sunday marked three years to the day since winning gold at the Rio 2016 Paralympic Games, making the regatta extra special.

However, although the team enjoyed the medal celebrations, the regatta was not so much about performance, but more about the opportunity to get a feel for next year.

“It was cool to be here three years on from the 2016 Rio Paralympic Games,” McGrath said. “The feeling of being here in Tokyo on this day is special for me, and it is nice to see the course and what the possibilities could be next year.”

Para-canoe premiered at the 2016 Paralympic Games, and with va’a added to the program for Tokyo 2020, McGrath will be aiming for two medals in a Paralympic field that is continuously on the rise.

“The goals will need to be constantly raised. As we get closer to the Games, the competition will heat up, making it harder to get on top of the podium. But that is sport, and we all will need to work hard to be here next year with some bling.”

While the reviews of the facilities at Sea Forest Waterway have been positive, McGrath is keenly aware of the challenges that next year will bring.

“The conditions were a little windy, headwind, so it made it a little harder racing. Every day we had a headwind, and from what Junior Rowing World Champs learned, it can be a very windy tailwind as well, which will make racing tricky. So I think it will be important to train in windy conditions over the next year,” he said.

“There were a lot of fish on the course, so hopefully they will move them out of the course, because it got a little hectic with fish jumping and people hitting them with their boats and paddles.

“But overall, processes for the Games were fine and I think the Games will run very smoothly.”