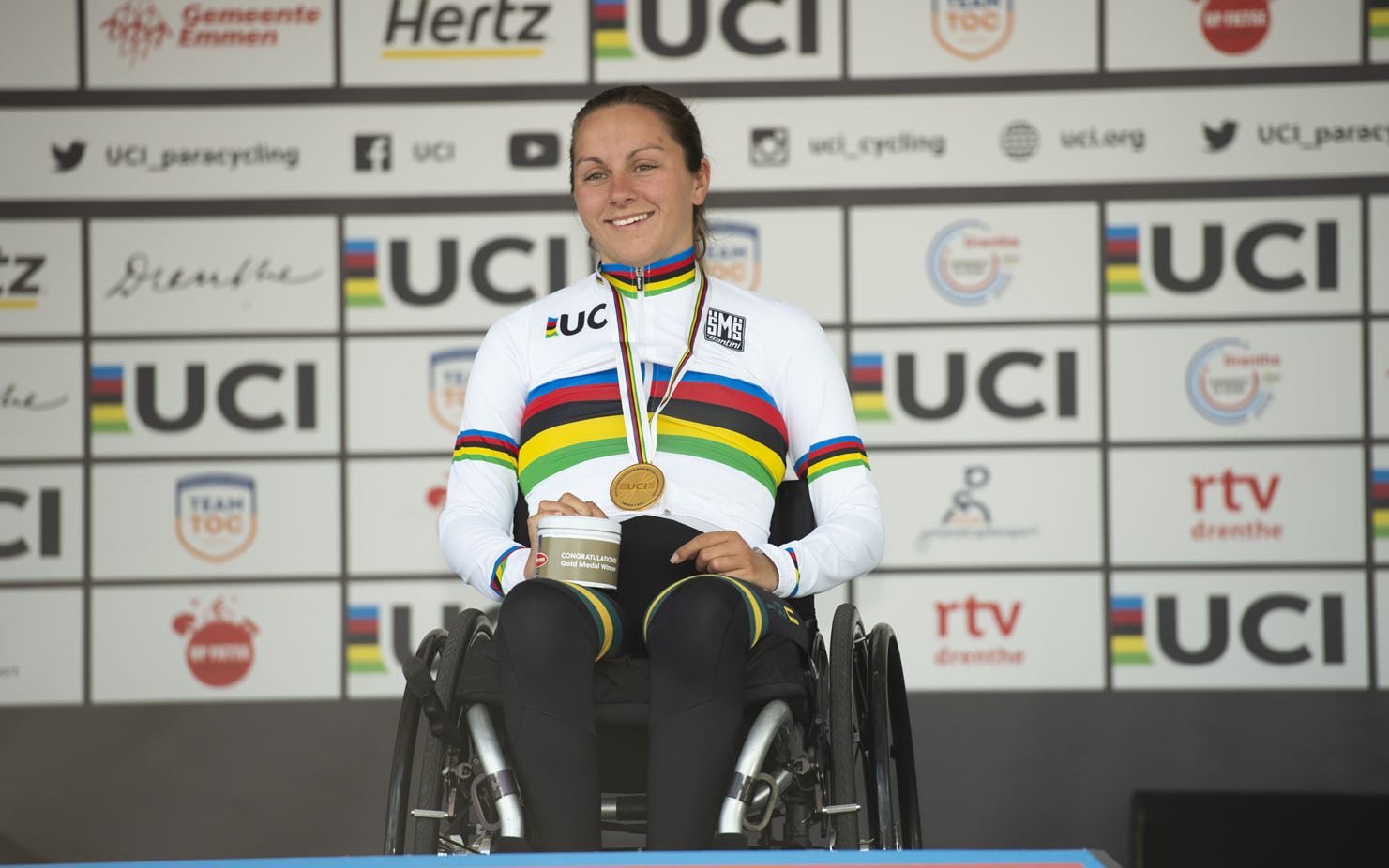 Following a five world title haul on day one, Australia has won more rainbows at the 2019 Union Cycliste Internationale (UCI) Para-cycling Road World Championships in the Netherlands, with Carol Cooke and Emilie Miller both claiming gold in the time trial.

It was Cooke’s eighth career world title as she raced to win the women’s time trial T2 more than a minute ahead of long-time rival Jill Walsh (USA).

“I wanted to make sure I had something in the tank for the second lap, so tried to not take it out too hard,” Cooke said. “After the first lap, I knew I was up on the American [Walsh], but wanted a bigger buffer, so really tried to dig deep on the second lap.

“I’m absolutely stoked to have won my eighth title. It actually feels surreal. I think, from now on, Friday the 13th will be a good luck day for me!”

Miller won her third career rainbow jersey after averaging 14km/h over the 10.4km course, to clock a winning time of 43:42 and defend her women’s time trial H1 crown.

“I was very happy with my ride,” Miller said. “We set a plan to build into it and I feel like I did that really well. I was fast in the first half and stayed strong through the wind to finish well.

“I’m very proud to have won back-to-back World Championships in the ITT [individual time trial]. I believe it reflects the consistency, improvements and good form I’ve shown over the past 12 months.”

“The team has been incredibly successful on both days of the ITT, so the atmosphere within the team is really positive,” Miller said. “Everyone is able to celebrate each other’s success, which makes us stronger as a team.”