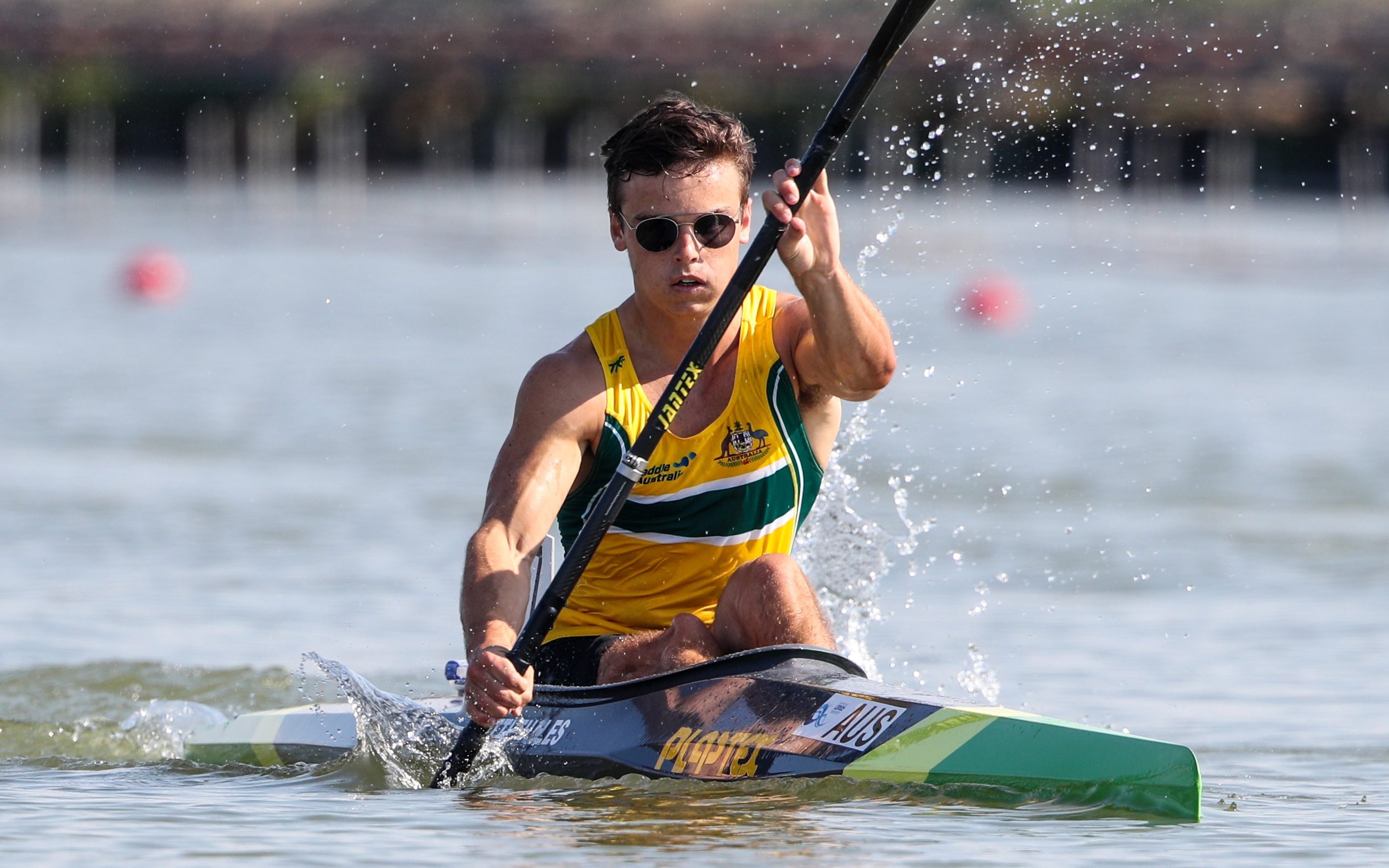 The Australian Para-canoe team has completed a successful opening day of the 2019 International Canoe Federation (ICF) Para-canoe World Championships in Szeged, Hungary, with all four athletes qualifying for their next round of competition.

Curt McGrath began his defence of his men’s kayak KL2 and men’s va’a VL3 world titles in the best possible way, qualifying for the finals in both. However, while the Paralympic gold medallist was happy with his performance in the kayak, he had trouble finding his rhythm in the va’a.

“It’s never easy, but it doesn’t help when you don’t do your start right, and I missed one of my changes so I lost the grip on the top, which made it more difficult than it needed to be,” McGrath said.

“I didn’t have a good race. It’s something to work on for sure.

“I was really happy with my races this morning, but looking at the rest of the field, there’s some really strong people there.”

The  Paralympic bronze medallist said she is looking forward to showing what she’s got after struggling with illness at recent international events.

“I feel the fittest and the strongest that I have ever been, really, so I’m looking forward to the finals and seeing what I can do,” Seipel said.

“You’re not always on top, you just can’t be when you’ve been doing it for years and years. There’s always the highs and lows, you just have to try and accept that and try to be the best you can with what you have.”

Paralympic silver medallist AJ Reynolds is also ready to show her best after a long-term battle with a wrist injury. Reynolds qualified for the semi-final of the women’s kayak KL3 after placing second in her heat.

“It was a bit messy, but it’s good,” Reynolds said. “I’m just happy to be back on the water.

“We’ve managed to adapt things and move it all around, so it’s going really well. It’s just building blocks. Every race is more experience and more knowledge for me in knowing what we can do.

“The main focus this week, though, is getting the boat qualified for the Paralympics.”

Dylan Littlehales, who has set his sights on a podium result in the men’s kayak KL3, also got his campaign off to a strong start, placing second in his heat and second in his semi-final to qualify for the final.

Racing continues today (22 August) with the first of the A finals in the women’s va’a VL2 and men’s va’a VL3.

View the results here. The livestream can be accessed via the ICF’s website.