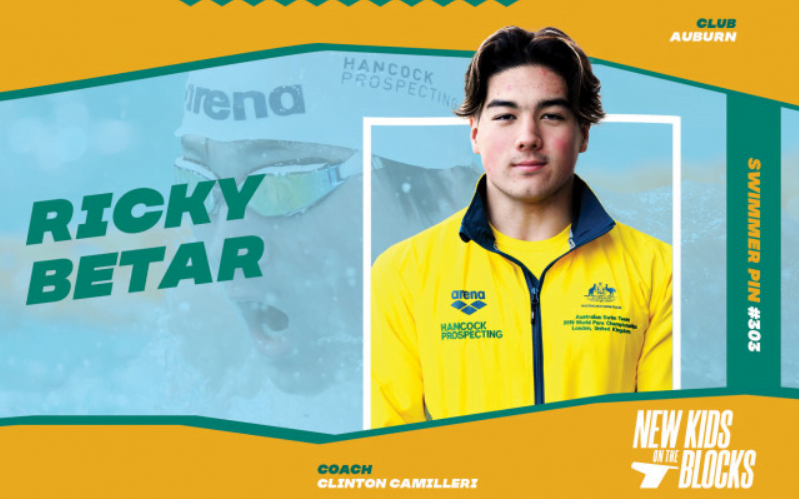 When Ricky Betar travels to London, England, to compete at the 2019 World Para-swimming Championships in September, he will relish the chance to represent his country for the first time.

After a string of solid performances at this year’s Australian Swimming Championships, including breaking the men’s 50m freestyle S14 world record, the 15-year-old was selected as one of 34 members on the Dolphins squad.

“It’s pretty special to me to represent my country,” Betar said. “Making the team would be proudest moment of my career so far. I’m really looking forward to travelling to London and competing – it’s the competition that I love.”

Betar, who trains under Clinton Camilleri in Sydney, NSW, is one of three Auburn swimmers to make the team, with Timothy Hodge and Jenna Jones also securing their seat to London. Having trained under Camilleri for two years, Betar says that his coach inspires him to be the finest swimmer he can be.

“He tries to get to know who you are and tries to do anything that makes you the best,” Betar said.

“He makes us do a lot of butterfly and freestyle endurance. They get really bad sometimes. There was one time I had to do a 200m butterfly for not making a certain pace.”

Betar, an inaugural recipient of the Kurt Fearnley Scholarship, has been swimming since he was 10 years old, and says that his career in the pool would not be possible without the support of his family.

Having only been classified a year ago, the rising star has burst onto the international Para-swimming scene, and will be hoping to make his mark come September.

The 2019 World Para-swimming Championships take place at the London Aquatics Centre from 9-15 September. You will be able to catch all the action live on the 7plus app.