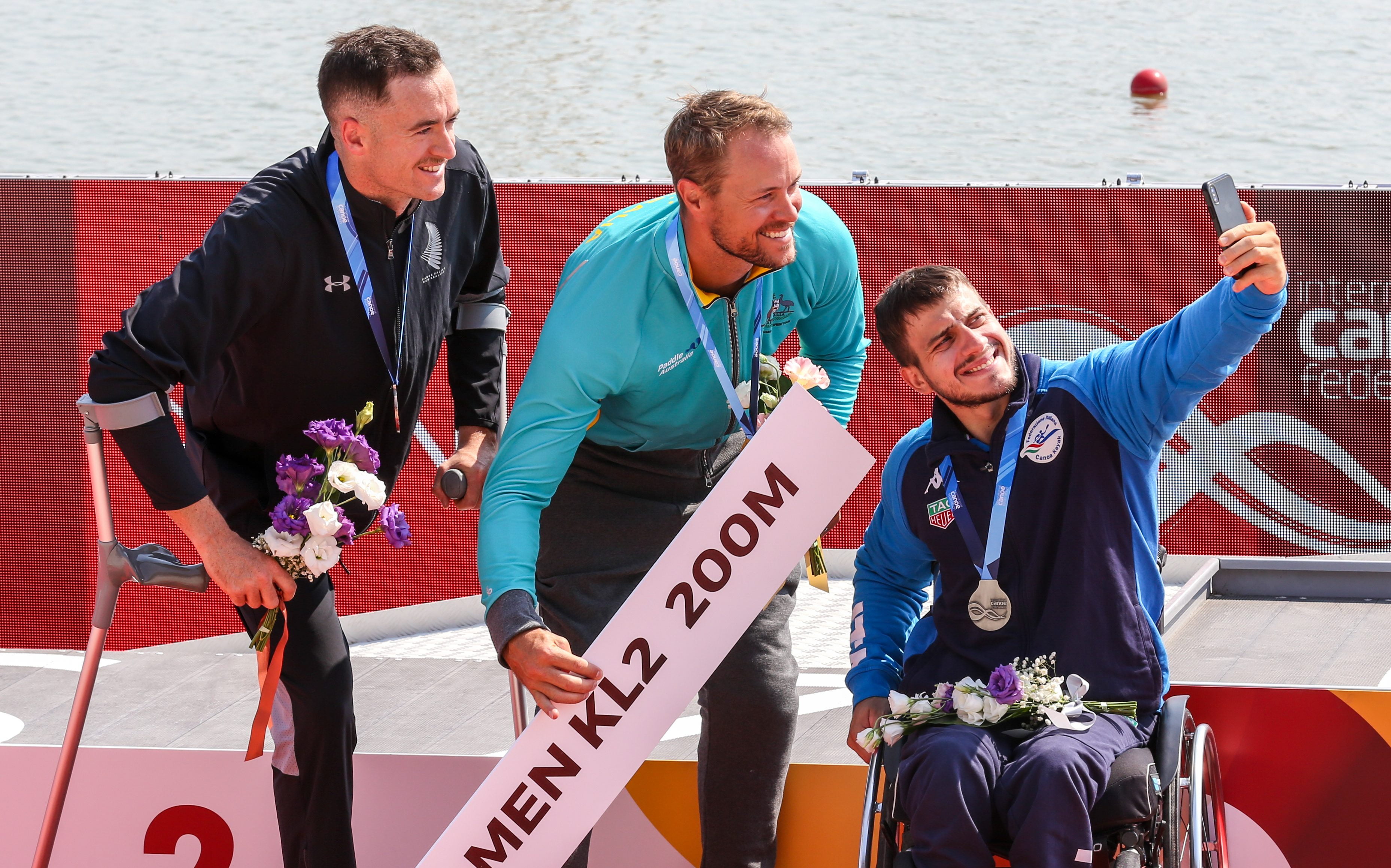 Tears flowed freely as Australia picked up more gold medals, earned prized Paralympic quotas and put in the races of their lives on the final day of competition at the 2019 International Canoe Federation (ICF) Para-canoe World Championships in Szeged, Hungary.

Curt McGrath defended his second world title of the World Championships, and earned Australia another place at the Tokyo 2020 Paralympic Games by winning the men’s kayak KL2 title.

Paralympic champion McGrath had to fight hard for his gold, taking the lead in the final 20 metres of the race.

“This is probably the most nervous I have ever been, I think because the field is getting closer and the competition is heating up,” McGrath said.

“I need to work on my mental side of things, focussing on and zeroing in on what I can do. A win is a win, but there are always things to improve on.

“Our focus this week has been to get all four quotas for Tokyo, and we have done that, so it has been a great event.”

It was world title number 10 for McGrath, who also won gold on Thursday (22 August), and made for a special celebration on his seven-year survivor anniversary weekend.

“This was a pretty good way to celebrate surviving an IED (improvised explosive device) blast seven years ago. I actually forgot about it at first. I was having too much fun. But on the 23rd of August 2012, I would have never thought being a world champion was ever possible,” McGrath said.

“I’m so grateful I get to share the journey with amazing people like the men on the podium with me. It has all been possible with the support and guidance of my friends and family.”

Dylan Littlehales wrapped up a strong performance by the Australian Para-canoe team, locking away Australia’s fourth quota with a fourth place finish in the men’s kayak KL3.

He was once again denied a podium by just a fraction of a second, this time finishing 0.09 of a second behind Brazil’s Caio Ribeiro De Carvalho.

“I’m happy with my performance,” Littlehales said. “It wasn’t the result I was aiming for but you can’t control what everyone else does and I went out, had a great race, did a good time and just missed the podium, but that’s a part of sport. Most importantly, I got the Paralympic quota spot to end a successful year.

“I believe myself and the rest of the Para-canoe team are on track for a successful Tokyo Paralympic campaign with 12 months to go, and hope we can keep that going.”

The Australian Para-canoe team won two gold, one silver and one bronze medal at the 2019 World Championships to finish third on the medal table behind Great Britain and the Ukraine.