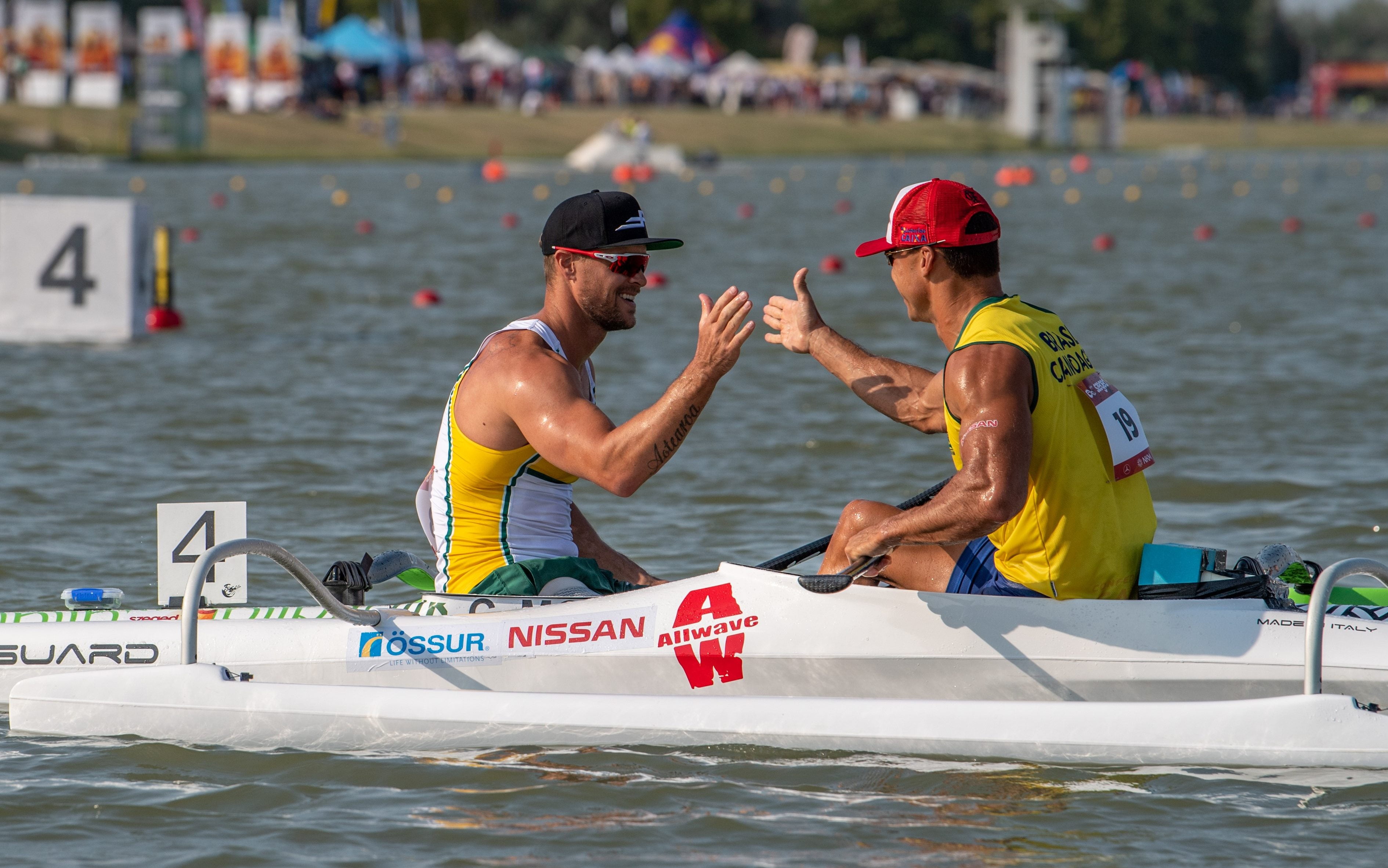 Paralympic champion Curt McGrath did it the hard way but successfully defended his men’s va’a VL3 world title, while Susan Seipel picked up a silver medal in the women’s va’a VL2, on a big day for the Australian team at the 2019 International Canoe Federation (ICF) Para-canoe World Championships in Szeged, Hungary, on Thursday (22 August).

McGrath held on by a fingernail to successfully defend his world title, edging out Brazil’s Caio Ribeiro de Carvalho by just 0.10 of a second to repeat the gold and silver medal result from last year’s World Championships.

It is McGrath’s ninth world title in a glittering five-year career, and he also earned Australia a quota for next year’s Paralympic Games in Tokyo, Japan, where the va’a will make its debut.

“That’s the closest I’ve ever had, so it’s nice to be pushed all the way,” McGrath said.

“Caio’s always been there. Some days he gets a really good start, and some days he just doesn’t have the right go, but today was one of those days and he pushed me all the way.”

Seipel said that she was feeling the fittest she has been for a long time, and made good that form with a close silver behind Great Britain’s Emma Wiggs and another Paralympic quota for Australia.

“There’s always little things that I think of now that I need to improve on, but overall I’m pretty happy with that,” Seipel said.

“Last year I came fourth, so to come second is a huge achievement. It’s going to be a real honour to hopefully get to race this boat in a Paralympics at the debut of that boat.

“I’ve been paddling va’a since the beginning, but it lost a bit of ground because it wasn’t in Rio [at the 2016 Paralympic Games], but now it’s coming back again, it’s going to have a great debut in Tokyo.”

AJ Reynolds completed the successful day for the Australian Para-canoe team, qualifying for the final of the women’s kayak KL3.

Reynolds has been hampered by a wrist injury over the last year, but put in a strong race to finish second in the semi-final.

“I was a bit nervous last night about it all, after I stopped and looked at all the times from yesterday,” Reynolds said.

“I’ve just got to get faster. I’m happy with the race, happy to put another one in the bag, and ready to move on.”

The livestream can be accessed via the ICF’s website.