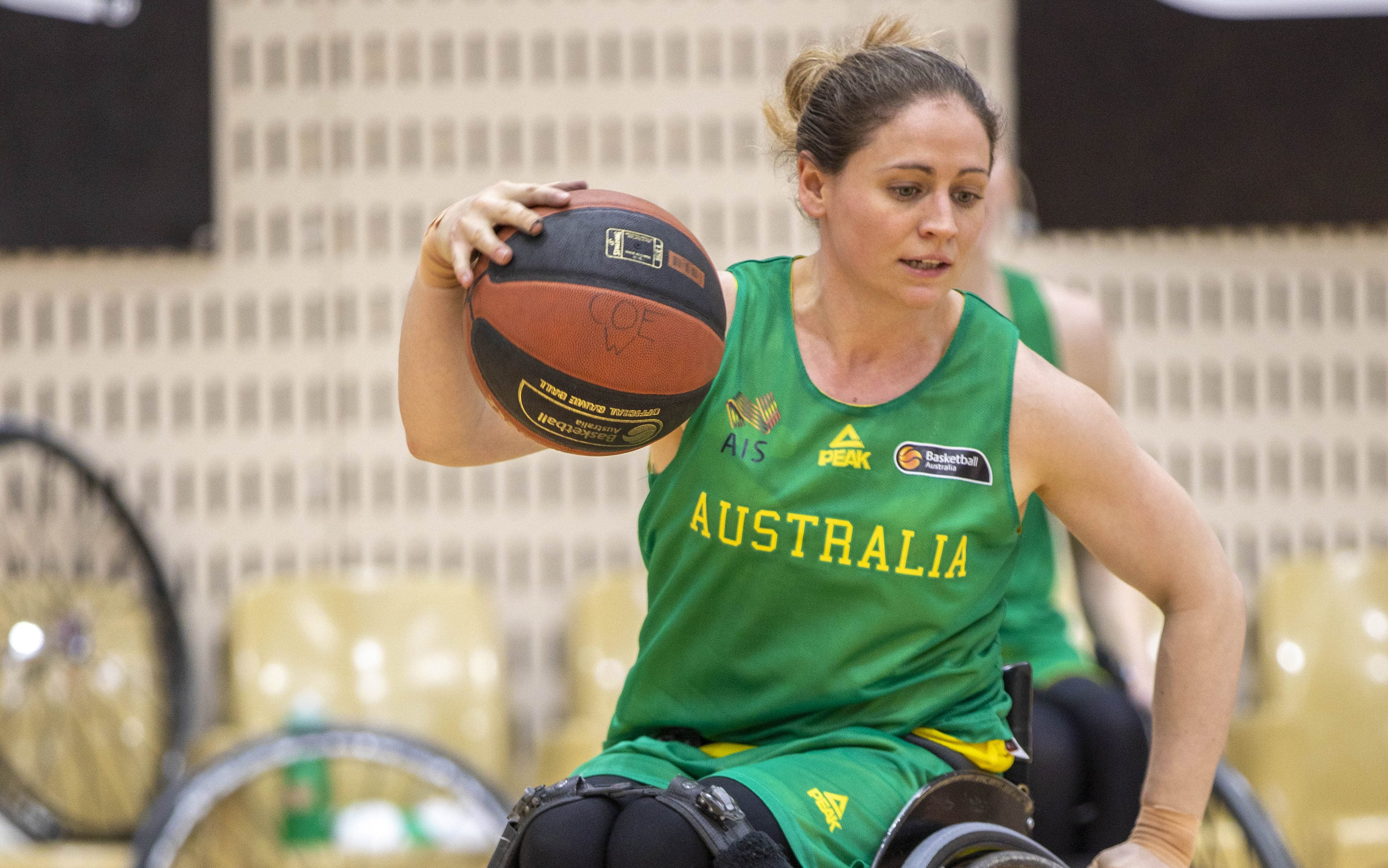 The Australian Gliders have ended their six-game series against Team USA without a win, after going down 67-33 in their final game at the Australian Institute of Sport today (4 July).

While the series was an uphill battle for the Australian women’s wheelchair basketball team, the Gliders were able to use the week-long tournament as a skills-refining camp, with 17 members of the squad receiving significant court time across the six matches.

And according to the Gliders coaching staff, the tough international play seen over the week, including today, is invaluable as they look ahead to the Asia-Oceania Zone qualification tournament in November.

“The outcome of the week was not reflective in the scores of each game,” said Australian Gliders Head Coach David Gould. “It was about playing one of the best teams in the world, the reigning Paralympic champions, seeing where they are, seeing where we are and what we have to learn.

“It’s just as good a hit out and gameplay that we could ask for.”

Taking the reins for the final two games of the series was Assistant Coach Stephen Charlton, who was impressed by the trajectory of improvement over the course of the week.

“We’re a young team, so we’re concentrating on rotating 17 girls through the games at different times,” Charlton said. “There were lots of quarters of games, even halves where we show that we do have it all together, but also the tough yards of when it doesn’t really go right.

“There are tough learnings around the level that’s required to get to Tokyo [the 2020 Paralympic Games] and be competitive, but it shows us and the girls what we need to do to get there.”

After a succession of retirements following their World Championships campaign in 2018, the Gliders lost thousands of games worth of experience, but with a new breed of athletes coming through the ranks, the opportunities for growth are clear.

“There are a bunch of our Under 25s that have come through, and there are six or seven girls here that are experiencing being in a senior environment for the first time, and that youth and enthusiasm does permeate through the group,” Charlton said.

“There is a really good feel amongst the girls and it’s exciting for the more senior girls to carry that through, but I think it’s exciting that we can see where we can get.

“There’s a lot of work to do but there’s a huge future of excitement for the Gliders.”

In today’s match, the discrepancy between the young Gliders and the reigning Paralympic champions was again apparent.

Team USA showed more skill and tenacity in shooting and in their defensive play, as the Gliders scored only four points from turnovers and averaged a shooting percentage of only 29 in the fast-paced game. The point score gap, which looked to be closing after the second quarter, widened significantly as the Gliders began to fatigue.

Team USA also lead for 39.03 minutes of the game, with only one lead change, which the world No. 4 team quickly rectified.

The Australian Gliders will now return to their home towns. They will next compete at the 2019 Electric Cup in Tokyo, Japan, in August, ahead of the 2019 Asia-Oceania Championships in Pattaya, Thailand, in November.

By Sascha Ryner, Paralympics Australia
Posted: 04/07/2019
Photo with thanks to Sport Australia