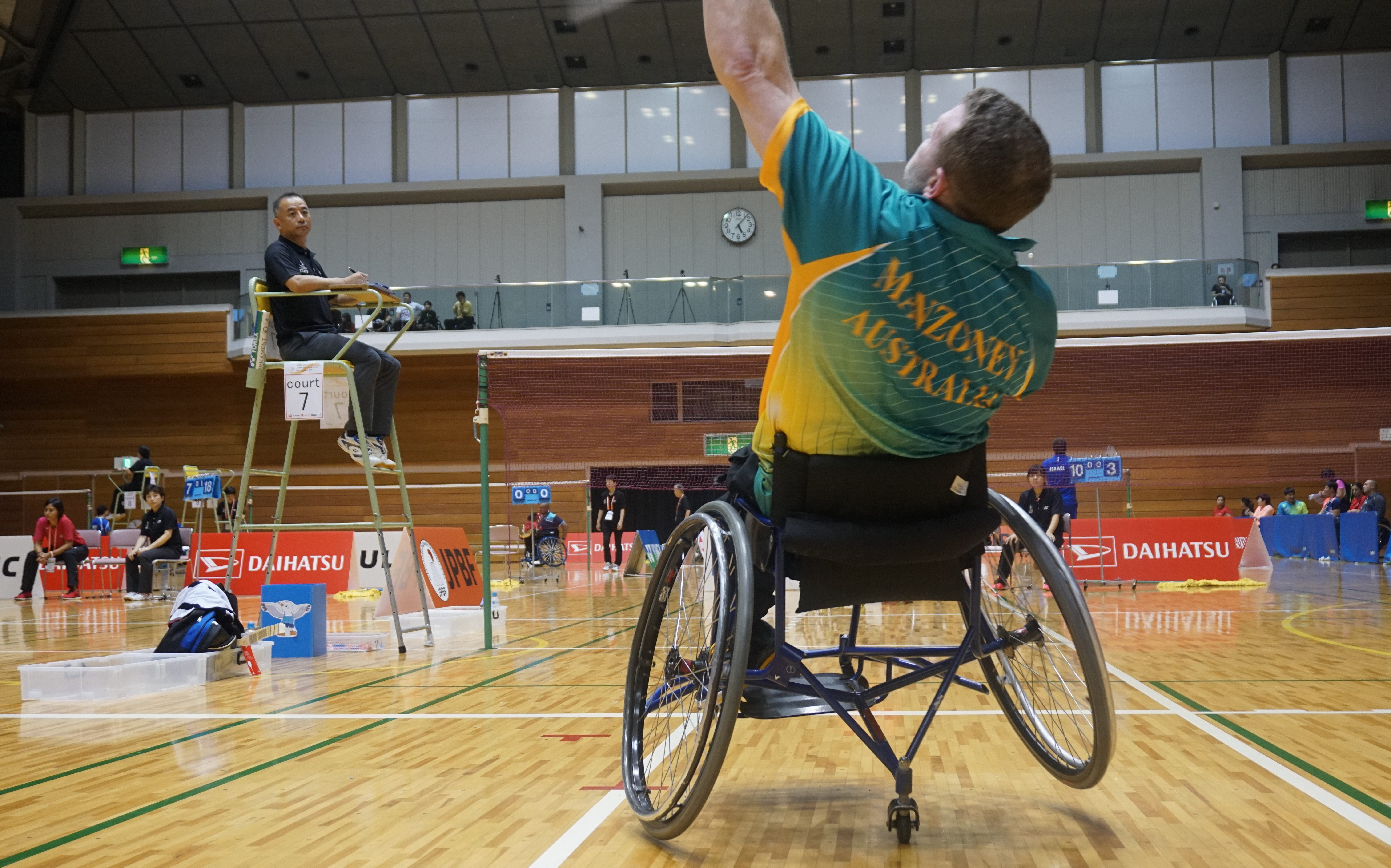 With Para-badminton making its long-awaited Paralympic debut in 2020, Australia’s top athletes have received a boost to their preparations with a masterclass-style camp ahead this weekend’s National Championships.

Athletes from across the country have traveled to Badminton Australia’s camp in Melbourne, VIC, to serve up their best, but it will be a combination of skill, tenacity and hardwork that will get them to the Tokyo 2020 Paralympic Games next year, says Australian Para-badminton Head Coach Ian Bridge.

“Para-badminton is becoming more serious and professional all the time, particularly now that the sport will be contested at the Paralympics next year,” Bridge said.

“It’s been on the radar in Australia for the last four or five years but compared to the Asian and European countries, the standard of play is low. But we’re at a point where we’re making inroads.

“We’re now winning matches at international tournaments, but the momentum needs to progress for us to get to Tokyo.”

To qualify for the Games, athletes need to achieve a top six ranking in their class, and while Australia’s athletes have a long road ahead of them, they’re looking forward to putting their newfound skills to the test at the Badminton World Federation Para-badminton World Championships in Switzerland this August.

“We want to get athletes at least to the semi-finals, and out of the group stages, which is a big step for us,” Bridge said.

At present, four Australians are eyeing off coveted spots at the Paralympic Games, including 49-year-old Grant Manzoney, who competes in the W2 class for wheelchair athletes.

“Never did I think at my age that I’d be in contention for a Paralympic Games,” Manzoney said.

“I attended a Badminton Come and Try Day in 2016 and have been playing ever since. I love the fast nature of the game, and now that it’s in the Paralympic Games, it’s a really exciting time to be a part of the sport.

“It’s certainly in its infancy in Australia, but it’s so exciting to see where I can go from here.”

Celine Vinot from Melbourne competes in the SL3 standing class and has contested five international tournaments, including one World Championships.

“If I get there, or any Australian gets there, it’s a chance to show people around the world that we can compete at the pinnacle level.”

The 2019 Australian Para-badminton Championships are being held at Altona Badminton Club in Melbourne this weekend.