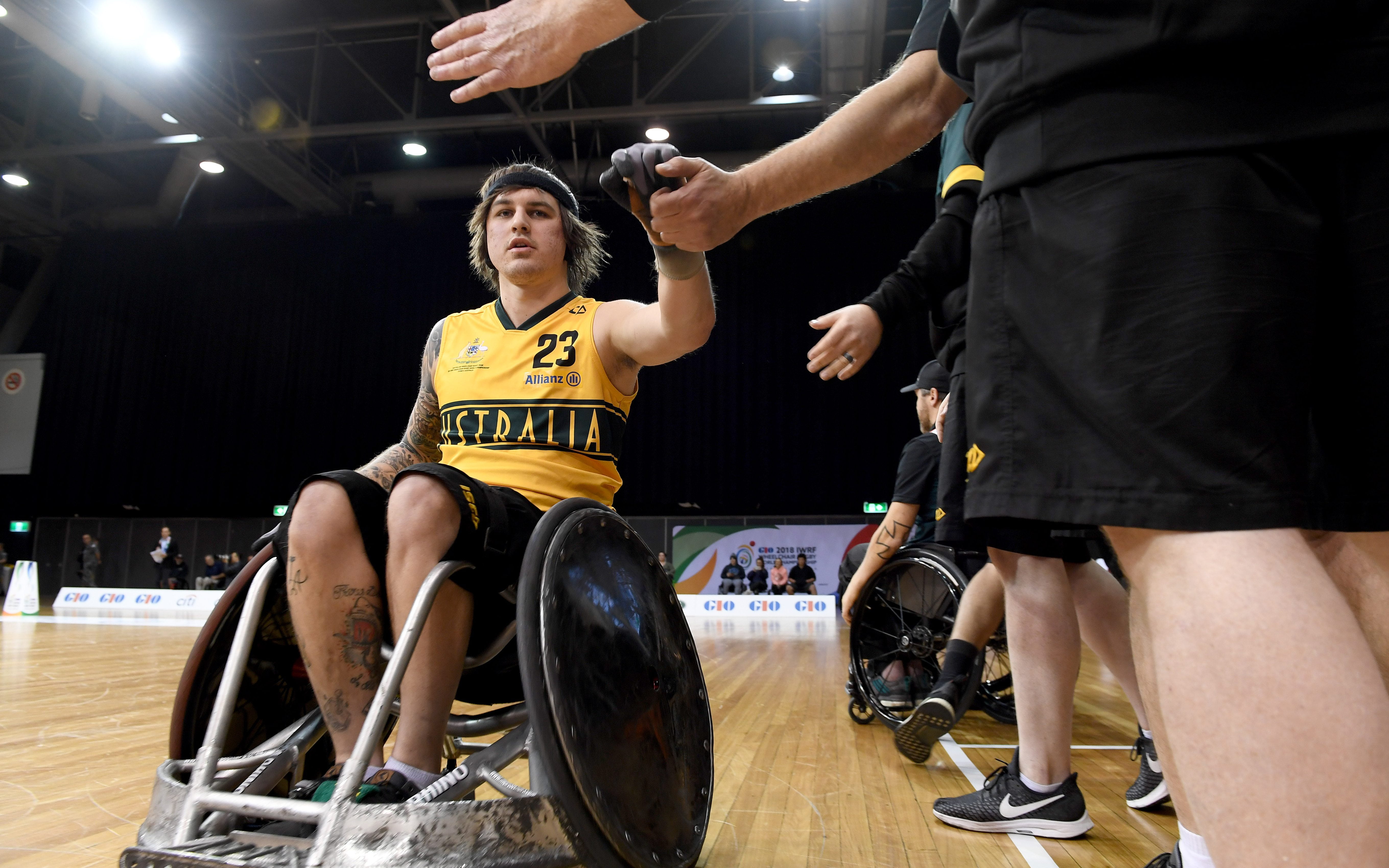 The Australian Steelers have rocketed back into contention at the Wheelchair Rugby Four Nations, with two gutsy wins overnight against Great Britain and Japan.

Winless after their first two matches on Thursday, the Steelers knew one more loss would end their hopes. They responded with typical courage and composure by posting a 62-60 overtime victory over GB and a 52-51 triumph over Japan.

Incredibly the Steelers found themselves with a four-goal deficit during the third quarter of both contests, but took two different routes to victory.

Against GB, they remained calm and slowly grafted away at the lead before levelling the scores in the final moments of the fourth quarter to send the match to overtime,  while against Japan, they blasted them with high intensity to force 10 turnovers in the second half, including eight in the third quarter, which swung the game back in their favour swiftly.

The two different approaches showed Australia’s versatility to combat their opponent’s strengths and weaknesses. For head coach Brad Dubberley, they were satisfying results after a tough start to the tournament.

“They did extremely well. They applied a lot of pressure and it was great to comeback the way we did, especially after being down by four at half-time against Japan,” Dubberley said.

“We just have to tidy some stuff up, but I’m happy that so far everyone has played some good minutes and everyone is gaining experience. We just have to keep working away and trust the process.”

Australia’s main line-up consisting of captain Ryley Batt, Mick Ozanne and vice-captains Chris Bond and Ben Fawcett were called upon to close both matches and did the job for their coach. But it was the performances from the newest players in the squad – Shae Graham and

Richard Voris – that pleased Dubberley the most.

“We got off to a really good start, led by Shae. I don’t think Japan would have expected us to bring Shae out, but she came out well. We didn’t give away any turnovers and went goal for goal,” Dubberley said.

“But looking at things to improve on, we coughed up a lot of stupid turnovers again against GB. Four turnovers in the third quarter when we were holding a good lead really let them back in the game.

“That said, we did enough and it was really good to get the result obviously, especially in overtime.”

The Steelers face Great Britain and Team USA in their final two matches tomorrow and are acutely aware that every goal will be crucial, given the likelihood that a place in Sunday’s gold medal match will be decided on goal difference.

All matches during the Four Nations tournament are being streamed via: youtube.com/lakeshorefoundation