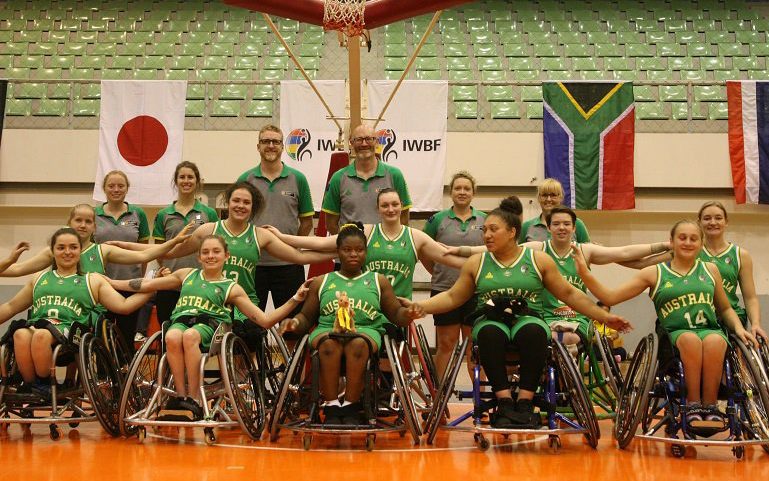 The Australian Devils have been unable to get past the USA in their final group stage game of the 2019 IWBF Women’s U25 Wheelchair Basketball World Championships in Suphan Buri, Thailand, falling 31-56.

Despite the loss, the Devils finisheds second in the group stage and will now face South Africa in the quarter-finals tomorrow (26 May).

Against the USA, Australia were jumped by a 4-20 opening term, with more pain was inflicted before half-time as they found themselves trailing by 22 points.

They showed impressive grit out of the main break, though, and Teisha Shadwell (11 points, 12 rebounds) and Annabelle Lindsay (10 points, 12 rebounds, four assists) were able to get reward for effort by getting to the free-throw line.

Shadwell also shone at the defensive end, picking up two steals in the third term as the Devils went on to win the quarter 14-12.

The USA restored their ownership of the game in the final term, but Australia showed they can match it with the gold medal favourite.

Shadwell and Lindsay each finished with double-doubles, Maryanne Latu added another four assists to her tally, and Taishar Ovens came off the bench to contribute four points.

The Devils’ quarter-final tip-off is scheduled for 15:15 AEST as Australia aims to defend or improve upon their silver medal performances from 2011 and 2015.