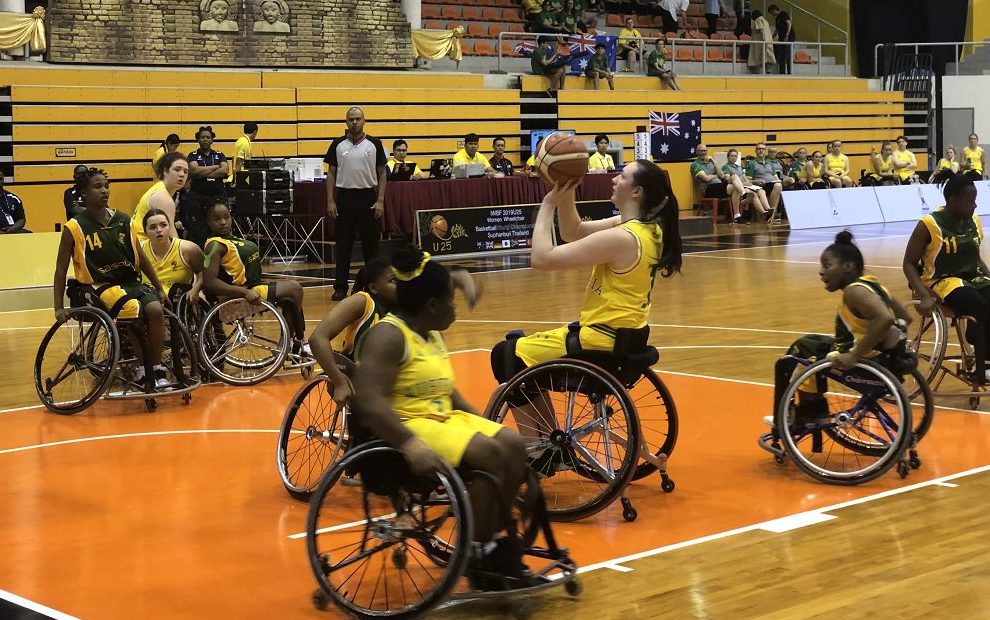 The Australian Devils have bounced back in style at the 2019 IWBF Women’s U25 Wheelchair Basketball World Championships in Suphan Buri, Thailand, defeating South Africa 72-12 in the quarter-final to set up a semi-final clash tomorrow night.

Annabelle Lindsay set the tone, scoring the first six points of the game. By quarter-time, she had nearly racked up a double-double, absolutely stuffing the stat sheet with 16 points, nine rebounds, two assists, two steals and two blocks, as the Devils assumed control of the contest.

Maryanne Latu played a crucial role in the first quarter as well, recording three assists to help the Devils to a 24-8 lead.

The second term saw Lindsay continue her domination, while Jess Cronje (10 points, 10 rebounds) and Georgia Bishop-Cash (14 points, 13 boards, four assists) came off the bench to crash the glass and get on the scoreboard as well.

South Africa had the opening basket of the second period, but the Devils went into half-time on a 16-0 run to take a 30-point lead.

Australia’s defence was exceptional in the second half, keeping South Africa scoreless in the third term and holding them to just two points in the final period.

“We got everyone a chance to hit the floor, everyone came through healthy, and most importantly we played the game we wanted to,” Charlton said.

The Devils will now play the winner of the quarter-final between Great Britain and Turkey, which tips off at 20:15 tonight. Great Britain were undefeated through the group stage, winning by an average margin of 49 points.

“It looks like we’ll face Great Britain and they will be tough, but we’ll put plans together this afternoon.

“We have some things that will trouble them through our bigs, and if we play Devils basketball, we can get the result we’re looking for.”