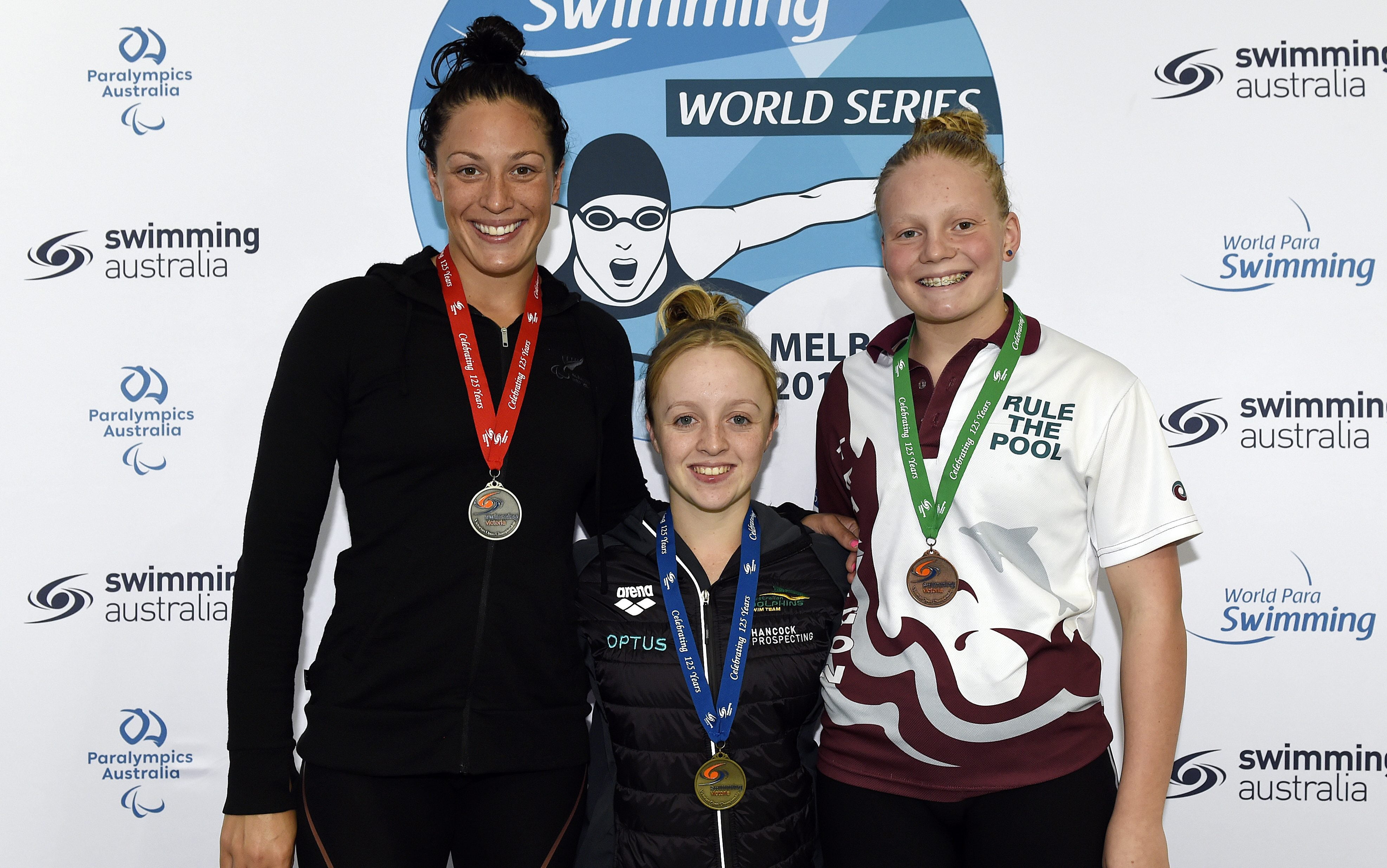 More than 15 years after she began swimming in Melbourne, Cole claimed her first international gold medal in her home town, taking the top honour in the women’s 100m backstroke multi-class.

Winning gold in her home state was a memorable moment for Cole, who dedicated her victory to a very special guest in the stands.

“I had my niece here tonight and I promised her I’d win gold,” Cole said. “Obviously it’s out of my hands, so she’s going to be really excited when I take it upstairs and put it around her neck – hopefully I’ve inspired a future Olympian here tonight, being my niece, no pressure!”

“Having the World Series here for the first time is really special, and I think it’s opened the eyes of many Victorians to what Para-swimming is about, which is why I love to swim.

“To be here in front of people that I grew up around is really special and to still be swimming 17 years after I started at the same pool is amazing.”

“I’m really happy with that race,” Thomas Kane said. “Coming into this meet, I didn’t know how well I was going to go, but to get the time I did and the gold medal in my main event, I’m really happy.

“I’ve got my mum and my coach here, so having them behind me made me swim faster.”

The Aussies continued to gather momentum on the second night of competition, with Paralympic gold medallists Timothy Disken (S9) and Rachael Watson (S4) winning a silver and bronze medal, respectively, in the men’s and women’s 50m freestyle multi-class.

An elated Disken, who also hails from Melbourne, said he was excited to be competing at an international level in Australia.

“It’s really fantastic to be back on the global stage, back in Australia after the Commonwealth Games last year,” he said.

“We’ve got our 2019 Australian Swimming Championships coming up in a few months’ time, and I’m hoping for a spot on the World Champs team to compete against the rest of the world again.

“I want to be the best athlete I can be and be really ready to take on the rest of the world in Tokyo in 2020 [at the Paralympic Games].”

All five of tonight’s events were swum as multi-class races. This means that athletes from all classes competed in the same race, with the Para-swimmer who recorded the time closest to their class’ world record crowned the winner of that race.

The final day’s action kicks off tomorrow at 09:00 AEDT with the men’s and women’s 50m butterfly multi-class.