There’s something about Gary 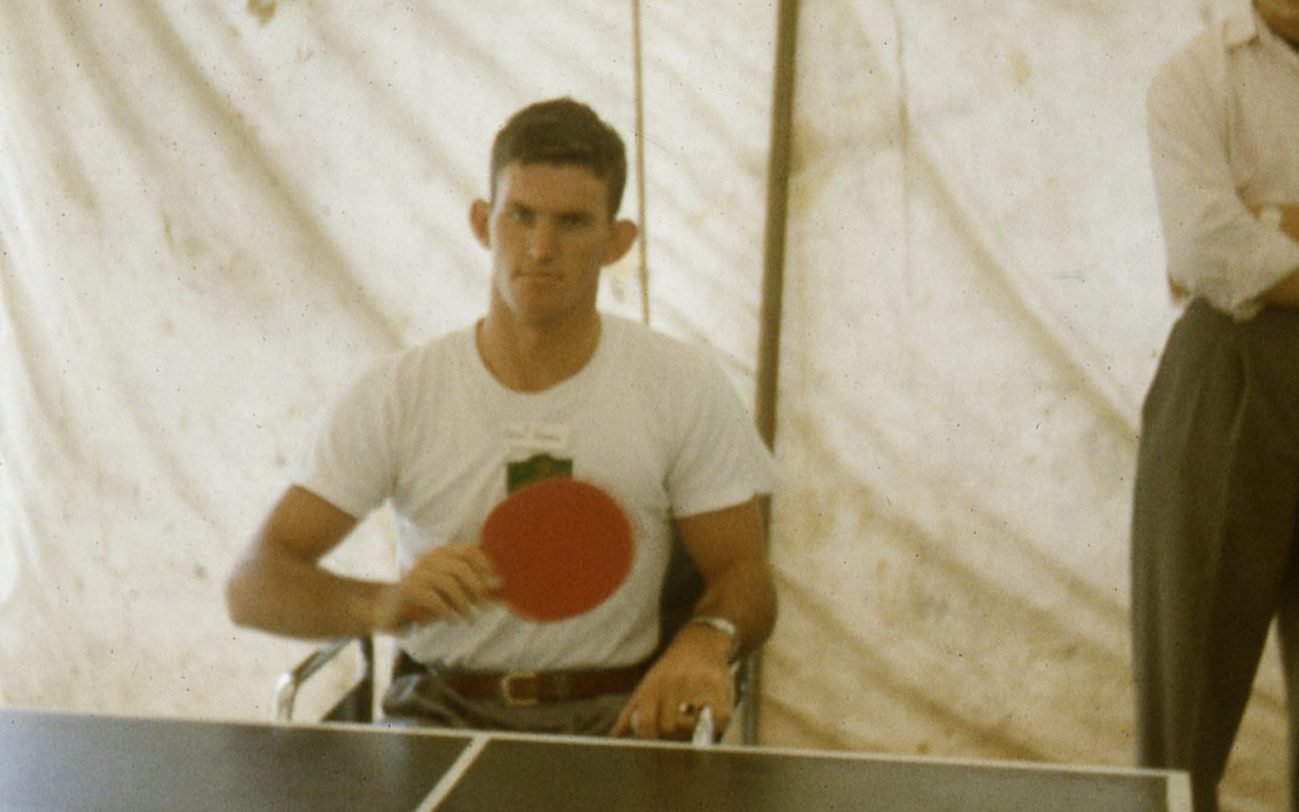 Three-time Paralympian Gary Hooper sometimes wonders if he could have been the next Herb Elliott. But for those who have had the pleasure of meeting him, it does not take long to realise that, polio or not, Hooper is one of a kind. On Monday (11 February), he celebrated his 80th birthday.

Gary Hooper was 11 years old when his life changed forever.

“I hopped up to the toilet, which was way up the back – you know, the thunderbox was always away from the house – and my mother said, ‘Why are you hopping around the house?’

“And I said, ‘There’s something wrong with my leg.’ And she rang the doctor and the doctor said over the phone that I had polio.”

After a two-and-a-half-year stint in hospital, Hooper returned home to Toronto, NSW. It was then that he realised things had changed more than he could have ever imagined.

“A lot of people wouldn’t come near me. They said that polio was very, very infectious, and it was – for the first three weeks.

“For me, it was like, ‘This could happen to your child, so don’t start pointing the finger at me!’

“But then it got to where I could point the finger back and say, ‘Well, I’ve achieved something, what have you achieved?'”

Hooper, a Member of the Order of the British Empire, achieved selection on three Australian Paralympic Teams between 1960 and 1968, and two gold and four silver medals.

On getting involved in Para-sport, he hilariously recalled:

“While I was down at Jervis Bay [a rehabilitation facility in NSW], a few of the guys used to go down to the hotel along the grounds. They’d get so drunk they couldn’t get back, so it was my job to go down, they’d hook onto the back of me, and I’d bring them back from the pub.

“I thought to myself, ‘I’ve got the ability. I’ve got the strength.’ I couldn’t see any reason why I shouldn’t start playing sport competitively.”

First, he picked up a javelin. Then came the shot put, Indian club and discus. He raced wheelchairs on the asphalt of the car park at the Royal North Shore Hospital in Sydney. He lifted weights, fenced, swam and played wheelchair basketball.

“It was very much a family affair then,” said Jan, Hooper’s wife of 55 years. “We all knew each other, and when the competitions were run at Royal North Shore, everyone would get together – all the wives, the girlfriends, the children when they came along, and it was as much a gathering of friends as it was a competition.

“But having said that, it could get very, very competitive too.”

And few were as competitive as Hooper.

“I liked to win,” he said. “I didn’t like to come second. I did shake the person’s hand that beat me, but I hated being second.

“Discus, I beat him. I beat him at the shot put too, but then he’d come up and beat me.

In the early days of the Paralympic movement, half the work of preparing for a Games was fundraising to cover the cost of equipment and an airfare. So much so, Hooper’s own equipment was once sold by another athlete.

“I shared my equipment around,” Hooper explained. “A lot of the guys would have done the same thing. But when they don’t bring it back, you don’t feel real good about sharing again.

“One guy wanted to do a bit of weightlifting. I said, ‘Well, don’t buy any. Just have mine for a while and when you decide you wanna buy some weights, bring mine back.’

“Later I said to him, ‘What happened to my equipment?!’ and he said, ‘A bloke offered me good money so I sold it.’

“And this guy wanted to buy the house next door! I said, ‘I’d prefer you didn’t.’ I was so wild.”

It’s been more than five decades since Hooper last competed at a Paralympic Games. It is now one of the largest sporting events in the world, with a global audience of more than 4 billion people. The accommodation in the Paralympic Village is not a car park wrapped in plastic, or at the top of a flight of stairs for wheelies to “bum up”. Airfares are paid for. Athletes can focus on one sport, not four.

Hooper is in total awe of how far the movement has come, but the credit is his. The Paralympic Games would not be what it is today were it not for his commitment, and the commitment of people like him.