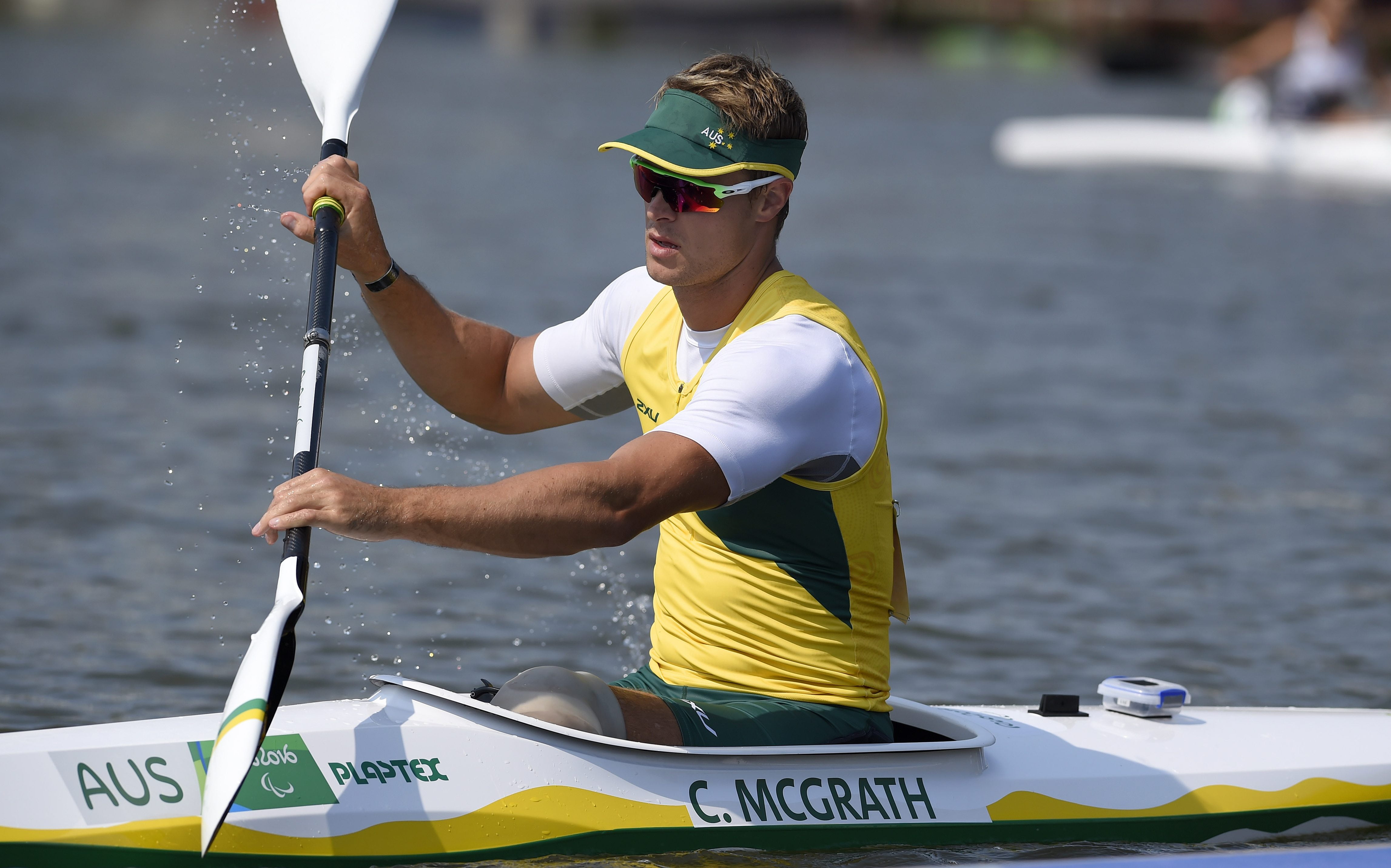 “A part of it was to show that it is possible and that I can still do what I used to do,” McGrath said. “And showing that people with a disability and lower limb disabilities can still get out there and have a great time on the water. Paddling is a very accessible sport, where so many disabilities have the ability to get out there and give it a go, especially with such facilities as we have here in Penrith.

“For me it was also about doing something different. We’ve got a big Paralympic qualification season ahead to qualify our boats for Tokyo [the 2020 Paralympic Games], and thankfully we got through today without any injuries.”

“It was an awesome experience to do this together,” Fox added. “For me, it was a privilege to take Curtis down the course, to see him back on the water and enjoying it.

“The paddle is a little bit different, the boat is obviously different, so I wanted us to practise rolling, practise starting, stopping and using the water on the bottom before we went onto the rapids. But once I saw him roll super easily, I felt a bit more confident and thought if he can get up quickly then we can get through this pretty well. It gets pretty daunting out there, when you see the height of the waves and feel the water pushing. There were a few capsizes and a few sketchy moments but we got through it,” she laughed.

“It’s right before our selection trials start next week and it was the perfect start to the season. We are both a part of Paddle Australia but we never actually get to race at the same events or train at the same training camps and it’s been great to share this.”

The event marked the start of the Olympic and Paralympic qualification season for both paddlers with 18 months to go to the Tokyo 2020 Paralympic and Olympic Games. It also coincided with McGrath’s first hit-out of the season at the 2019 Canoe Sprint Grand Prix II at the Sydney International Regatta Centre over the weekend (8-10 February).