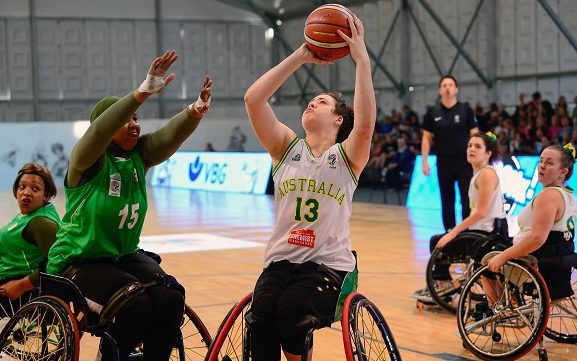 The under-25 Australian women’s wheelchair basketball team, the Devils, are preparing for a full week of training and international competition against an under-25 Japanese women’s team next week in Canberra.

Immediately following the Australian Development Camp at Basketball Australia’s Centre of Excellence, the Devils will have a seven-game series against Japan. Based on their performance over the course of the week, a team will then be selected to travel to Thailand for the 2019 IWBF Under-25 Women’s Wheelchair Basketball World Championships in May.

“This is a fantastic opportunity for the Devils to come together and play against a quality opponent in preparation for the World Championships,” said Head of Wheelchair Basketball Leigh Gooding.

“Having a visiting international junior team come to Australia is a nice change and will be advantageous for the developing squad as well as the coaching staff led by Head Coach Stephen Charlton and his assistant coaches Dave Hegerty and Sarah Graham.”

With a mix of experienced and new squad members, the Devils will utilise the week to work on team structure, skill development and discovering which line-ups work best to combat the Japanese style.

The likes of Jess Cronje, Georgia Bishop-Cash and Isabel Martin, who are all members of the Gliders squad, will help the Devils get settled out on the hardwood.

The Australian Devils Squad for the seven-game international Series vs. Japan: