Fearnley becomes the first Paralympian to win The Don 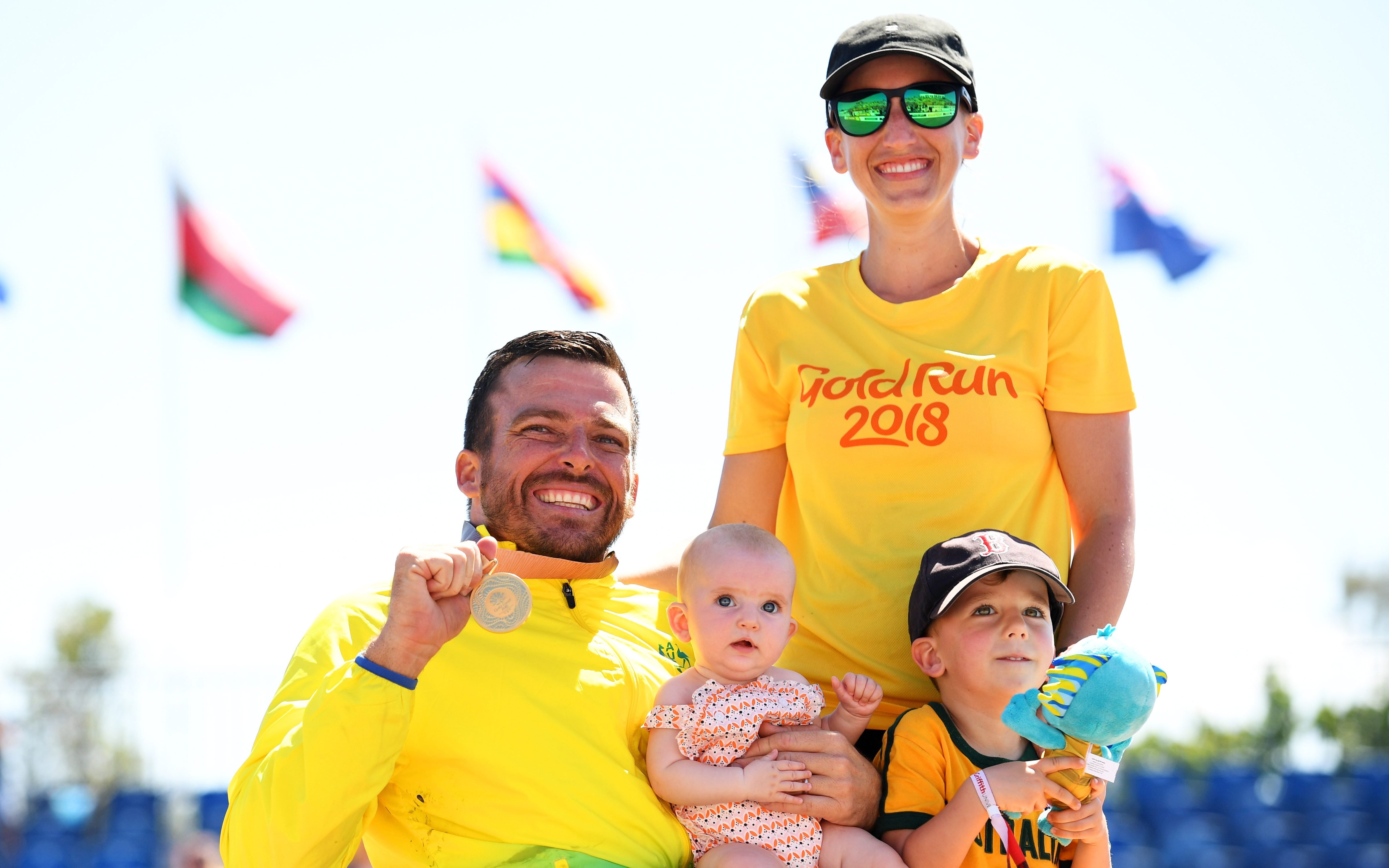 The Australian Paralympic Committee (APC) would like to extend its congratulations to five-time Paralympian Kurt Fearnley after he became the first Paralympian in history to receive the Sport Australia Hall of Fame’s prestigious The Don Award.

The Don, named after Sir Donald Bradman, is awarded to an Australian athlete or team each year who, by their achievements and example over the last 12 months, are considered to have had the capacity to most inspire the nation.

While Fearnley’s feats on and off the track over nearly two decades are widely admired, it was his ability to capture the hearts and minds of the Australian public with his gold and silver medal winning performances at this year’s Commonwealth Games that secured the award from the judging panel. During the Games, Fearnley powerfully articulated the value of diversity in society and elevated himself as a prominent role model for inclusivity. He also concluded his international career as Australian flag bearer at the Closing Ceremony, on the same day he won gold in his final marathon in the green and gold.

Fearnley, who is overseas and was unable to attend Australian sport’s night of nights, said he was humbled to be the first Paralympian to win the accolade. Madison de Rozario (Para-athletics) and Lauren Parker (Para-triathlon) were also among the eight nominees.

In his emotional video message which played during the ceremony, Fearnley said he owed much of his success to the Paralympians before him, and those who have supported him along the way.

“I grew up with an understanding about The Don, and it was as much about integrity and humility as it was about excellence in sport,” Fearnley said.

“I recognise tonight that I am the first within our Paralympic movement to hold up this prestigious award. I have no intention of self-congratulation. I have to point behind me, to the generation of proud men and women with disabilities, who allowed me to become the person and athlete that you see fit to receive this award.

“An athlete whose sport has been born out of the backfields of rehabilitation hospitals, that was created by men and women who had the desire to see not only what was physically possible, but what was humanly possible.”

The APC’s President, Jock O’Callaghan, said the honour was due recognition for Fearnley for his role as an Australian athlete and a leader within both the wider Australian community and the Australian Paralympic movement.

“It came as no surprise when Kurt was nominated for the honour, but for him to receive one of the most coveted awards in Australian sport is a testament to his strength of character, both as an Australian athlete and a prominent Australian advocate for change,” O’Callaghan said.

“While having a Paralympian win The Don is long overdue, Kurt has consistently contributed to growing the Paralympic movement, and having him as our first representative amongst a long list of Australian sporting greats is absolutely fitting.

“I would like to congratulate Kurt, on behalf of the APC and the entire Australian Paralympic family, for achieving this incredible honour tonight.

“Our congratulations also go to Madison and Lauren for their nominations in what has been a momentous year for the Paralympic movement,” O’Callaghan said.

The APC’s Chief Executive Officer, Lynne Anderson, said she has seen first-hand the incredible influence Fearnley has had on the Australian community this year.

“There’s no doubt in anyone’s mind that Kurt’s athleticism and determination in what he does both on and off the track has enabled him to be recognised among the most extraordinary Australians,” Anderson said.

“Although his accomplishments since his career began before the Sydney 2000 Paralympic Games should not be put aside, the impact that he has made on the wider Australian community shone through this year at the Gold Coast Commonwealth Games. The impact of his performances will live on for a long time to come.

“He’s an outstanding role model for all Australians and has only done positive things for diversity and inclusion in Australia. We’re incredibly proud to call Kurt one of our own, and proud that he is part of the Australian Paralympic movement.

“To have three Para-athletes among the eight nominees for The Don this year underlines the growing impact of Paralympic sport in Australia. And for Kurt to have been awarded this honour is yet another example of how our Paralympic athletes have a unique ability to connect with all Australians,” Anderson said.

Fearnley, who is also a member of the APC’s Board of Directors, spoke about society’s shifting attitude towards disability and how sport can continue to become a vehicle to celebrate diversity.

“I’ve heard the stories of our Paralympic forebears who speak about losing friends who felt too much shame in their experience with disability in our own community. There was too much shame, and there wasn’t enough hope,” Fearnley said.

“So our sport was born out of that hope.

“Hope that somebody can be judged by substance, not image. That the difference that we each hold can be celebrated and not used to be segregated. Through the medium of our sport, this is what that movement represents. Hope.

“Hope that if sport can adjust to include those with disabilities, maybe community can follow. And when our community is shifting to this idea of perfection, our movement has greater importance than ever.

“I am incredibly grateful to be given this opportunity. We need every person within this room to embrace our community of people with disabilities. Let’s lead the way. There is strength and substance in this community, enough to build a country.

“Sir Donald Bradman once said that athletes who receive recognition, they also have a duty to mankind. Well, I am honoured to receive this recognition and I am honoured by The Don Award and I will do my best to be worthy of it.”

2016 Paralympian Jaryd Clifford (Para-athletics) was also recognised during the ceremony as a beneficiary of the Scholarship and Mentoring Program.

Clifford will be mentored by 2017 Hall of Fame inductee Lauren Burns, Australia’s only Olympic gold medallist in taekwondo.