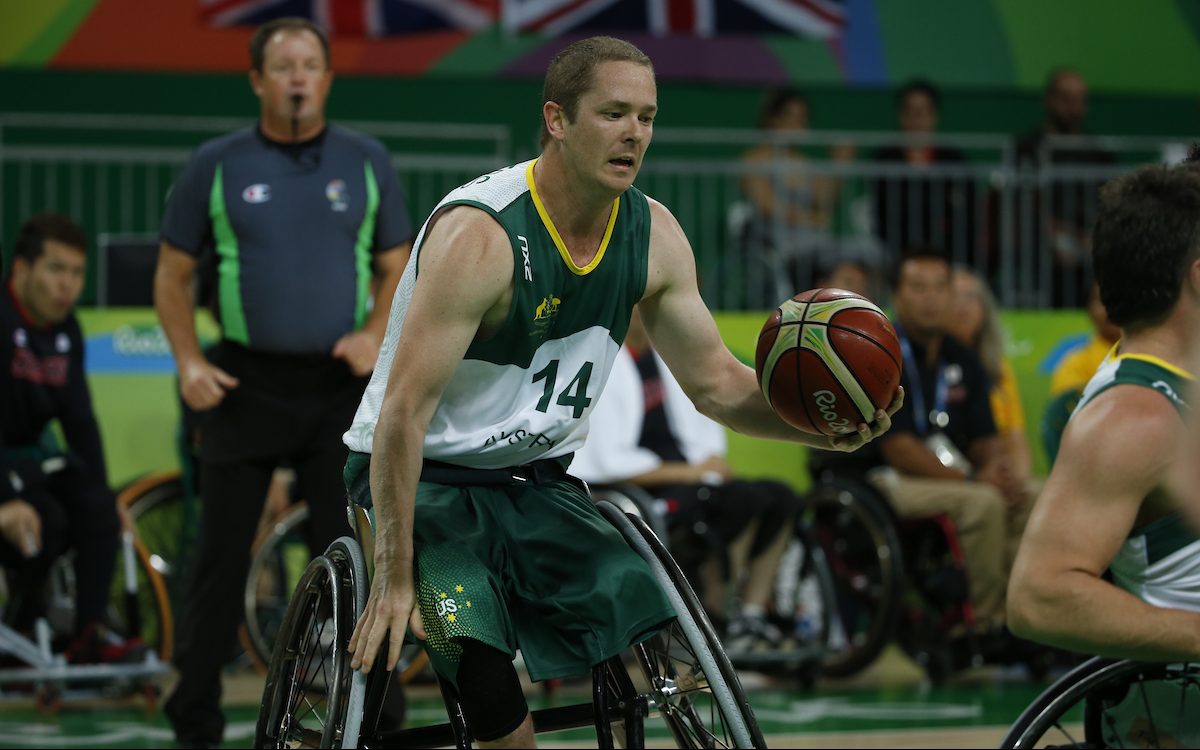 Poland were the first to hit the scoreboard in the quarter-final, while it took the Rollers two-and-a-half minutes to find the bottom of the net.

The Rollers brought in their big man line-up, playing three 4.0s and two 1.0s to combat the aggressive defence that had Poland keep the Rollers out of the paint and force lower percentage outside shots.

Jannik Blair would make the most of the added attention to the extra high-pointer and nail an open shot from the free-throw line.

A timeout from Poland gave Head Coach Craig Friday a chance to address some defensive breakdowns, highlighting Poland’s Dominik Mosler, who had scored six points that quarter, as an offensive threat.

Bill Latham was able to hit the Rollers’ first long-range shot of the game just before quarter-time, to bring the Polish lead back to only one point and help swing the momentum into Australia’s favour.

Poland started the second quarter strongly, scoring the first six points, before Latham was able to add to the scoreboard for the Rollers.

Coach Friday looked to the speed of his mid-pointers, asking his team to wear down the Polish high-pointers and make them more accountable on defence.

The three-point shot began to work for the Rollers, with team captain Shaun Norris cutting the Polish lead in half after making one of his own.

Despite trading shots with Poland, the Rollers were able to bring it back to a one-point game through another close-range bucket from Latham, before Norris found his range and gave the Rollers their first lead of the game.

Heading into half-time, the Rollers regained their short-lived lead thanks to a three on the buzzer from Brett Stibners, his second for the game.

Kim Robins hit the scoreboard six seconds into the third quarter for his first points, before the Rollers worked into a full-court press to apply some defensive pressure on Poland.

It didn’t take long for the press to impact the Polish offence, with the Rollers forcing an eight-second half-court violation.

Tom O’Neill-Thorne kick-started the Rollers’ offence in the third, scoring thirteen points in a row – including a three – to extend Australia’s lead into double-digits.

The Rollers’ defence did not let up, as they continued with their press to force another back-court violation, shortly followed by a shot-clock violation.

Closing out the third, Tristan Knowles had the final shot, where he was fouled outside the arc, and gladly knocked down all three of his free throws to have the Rollers leading by 13 at the final break.

Defensive pressure was the name of the game, with the Australians beginning the final quarter by forcing another shot-clock violation.

Latham once again became the target for the Rollers, as he was able to work his way into the paint for the first eight points of the quarter.

An unsportsmanlike foul against Poland saw Knowles hit both free throws and regain possession, where he was fouled again, as the game drew to a close.

View the box score here and the full replay here.

The Rollers will now have a day’s break, before facing the USA in the semi-final. The USA are undefeated in the tournament after defeating Argentina by 41 points in their quarter-final.