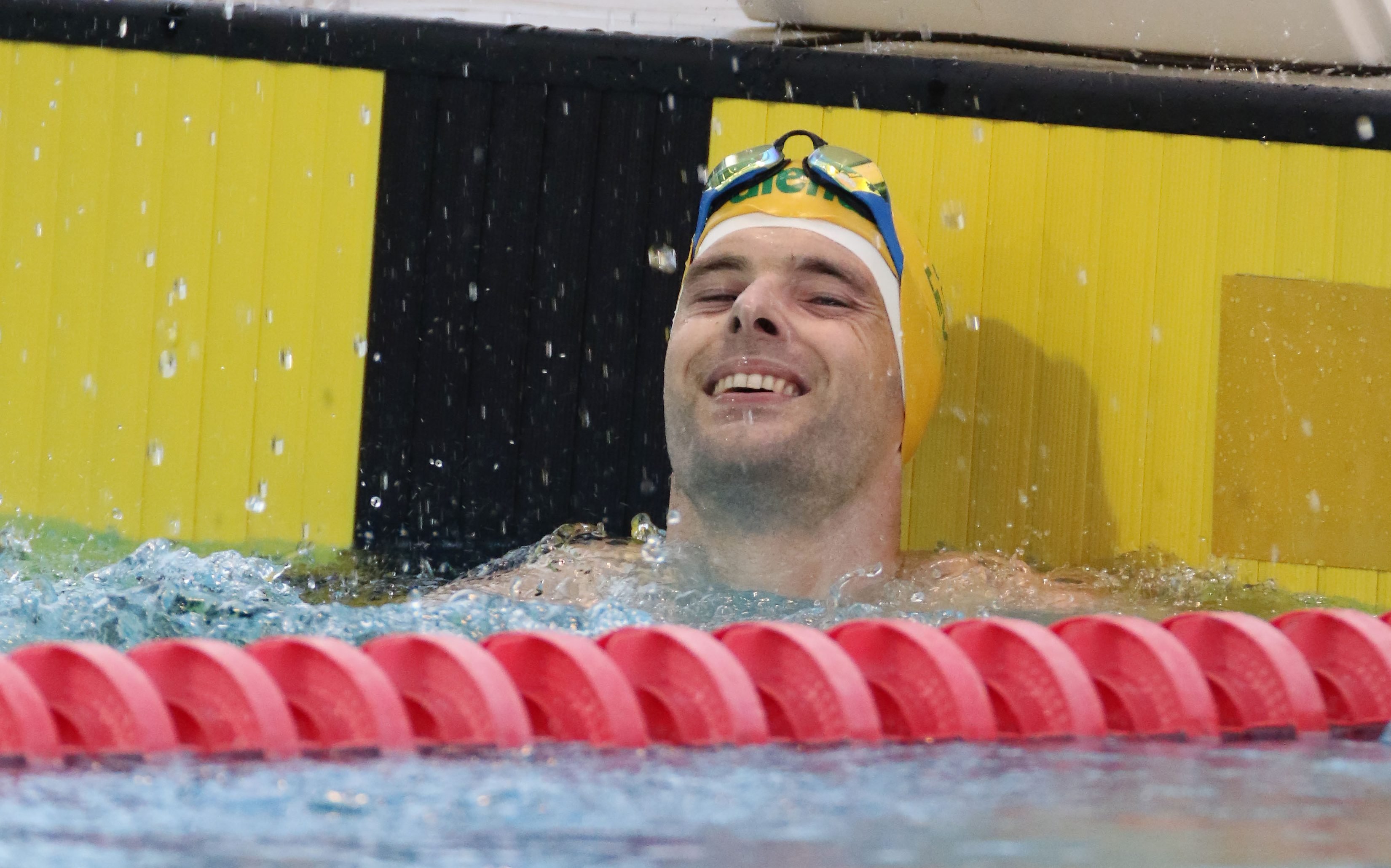 The Australian Dolphins have started the 2018 Pan Pacific Para-swimming Championships in Cairns, QLD, with an impressive 13 gold medals on the opening night of competition at Tobruk Memorial Pool.

With world records falling to Rebecca Meyers from Team USA and Canadian Aurelie Rivard, the Aussies showed their dominance across multiple classes, including a number of personal best performances to open the five-day meet.

For Cairns local Grant Patterson, who had the honour of reading the athlete’s oath at the Opening Ceremony, gold in the men’s 200m freestyle S3 was a career highlight, as well as linking up with Ashleigh McConnell, Rachael Watson and Ahmed Kelly to take silver in the mixed 4x50m freestyle 20 Points behind Brazil.

“I’ve been around for about 11 years now, training up and down this black line with my coach ‘Herbie’, and putting in a lot of hard work, so it means a lot to come out here and swim some good times in front of the home crowd.

“And to have my family and friends in the crowd as well is great fun.”

If the collective Dolphins team effort was the standout on night one, then the individual swim of the night for the Aussies would have to go to four-time Paralympic veteran Matt Levy.

Fresh from a personal best (PB) swim in the heats this morning (9 August), the 31-year-old showed true class to back it up for another two-second PB tonight, proving that age is no barrier – with a clear shot at five Paralympic Games less than two years away.

“I’ve trained really hard, and you go to these competitions to do PBs and compete hard against the rest of the world, but I was hoping to do well – and I did that tonight,” said Levy.

“You do the sport because you love it, and I do it to improve every day – to improve myself, no matter who I swim against, and it’s fantastic that I’m still enjoying it at the age of 31.

If Levy is to make the team for 2020, he’s likely to be joined by some of the Aussie young guns on show here in Cairns, with Paige Leonhardt and Keira Stephens showing they are certainly ones to watch for the future.

Seventeen-year-old Leonhardt took gold in the women’s 100m breaststroke SB9, winning in a time of 1.19.27 ahead of 15-year-old Stephens (1.21.85), and fellow Aussie Madeleine Scott rounding out an all Aussie-trifecta with bronze in 1.24.57.

With 13 gold and 28 medals in total, the Dolphins will be keen to maintain the momentum on day two in Cairns, with tomorrow’s heats starting from 10:00 AEST, and the finals from 17:00 AEST.

Dual Paralympic gold medallist Brenden Hall was too strong for teammate Logan Powell in the final of the men’s 400m freestyle S9, winning in a time of 4.16.74, while Powell finished with silver in 4.26.62.

The men’s S10 final saw 20-year-old Rowan Crothers power home for another gold to the host nation, hitting the wall in an impressive 4.09.92 ,with Dolphins teammate Guy Harrison-Murray taking the bronze in 4.13.40.

The final of the men’s 200m freestyle S14 saw three Dolphins battle it out, with 19-year-old Liam Schluter taking the gold in a personal best time of 1.56.75 ahead of dual Paralympian Daniel Fox, who finished for silver in 1.57.85, and Japanese swimmer Keichi Nakajima with bronze. Aussie Mitchell Kilduff finished fifth overall in a time of 2.02.92.

Former world record holder and triple Paralympian Blake Cochrane won Australia’s eleventh gold medal of the night in the men’s 100m breaststroke SB7 with a time of 1.18.02, ahead of Rohan Bright in 1.25.07.

Timothy Disken chopped two seconds off his heat time to win the men’s 100m breaststroke SB8 with a new PB, hitting the wall in a solid 1.11.91 for gold, ahead of Dolphins teammate Timothy Hodge in 1.15.58.

Rick Pendleton and Liam Bekric rounded out the individual gold medals for the Dolphins, with solid performances in the men’s 100m breaststroke – in the SB9 and SB13 categories respectively. Pendleton raced Brazilian Ruan Souza all the way to the wall to win in a time of 1.09.93, while 17-year-old Bekric finished his two laps in 1.09.41.