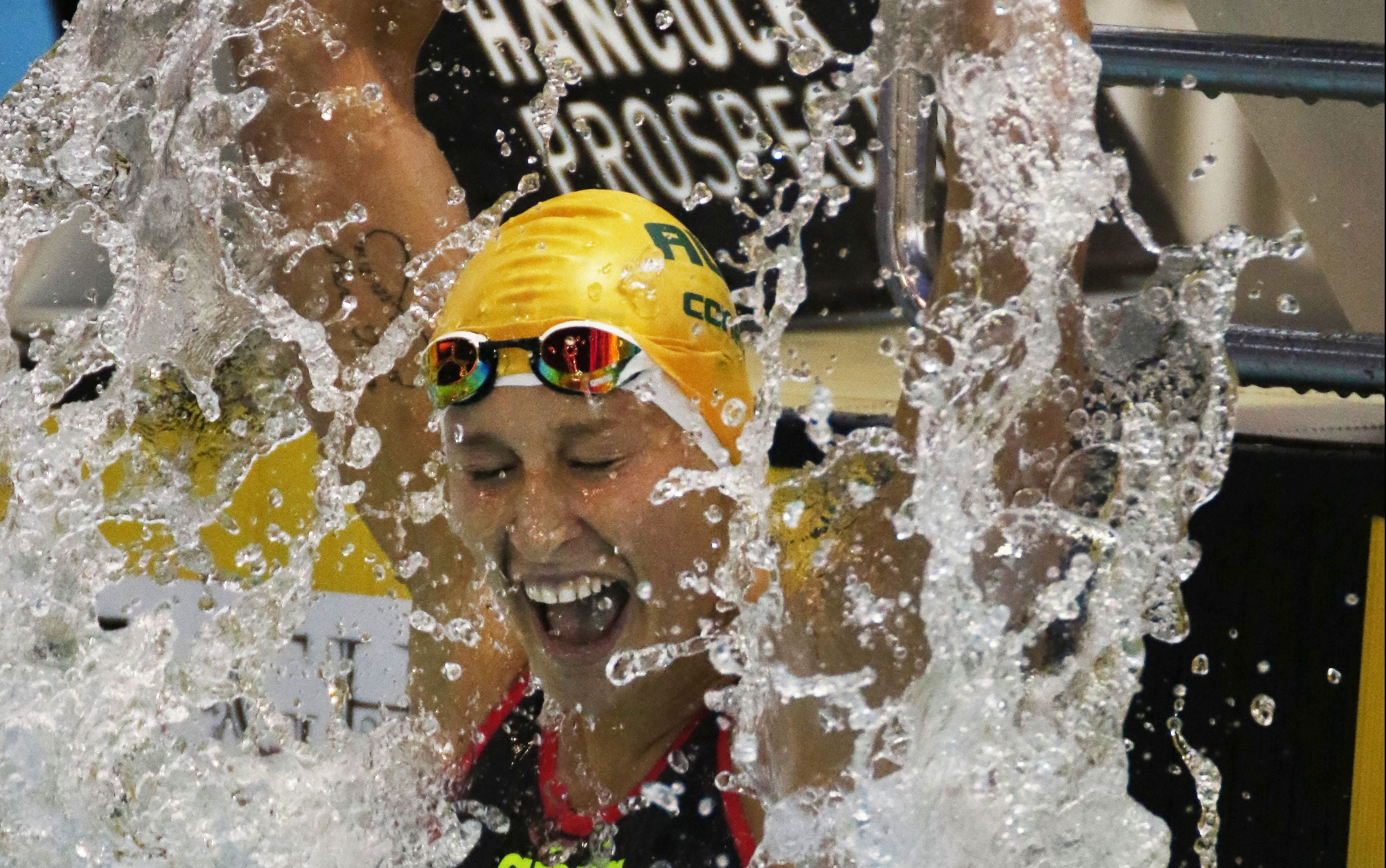 The Australian Dolphins have finished their 2019 Pan Pacific Para-swimming Championships campaign victorious, winning a total of 43 gold, 30 silver and 21 bronze to top the medal tally.

In a fierce competition against Para-swimming powerhouses – the USA, Canada, Japan – as well as four strong swimming nations in Brazil, New Zealand, Singapore and Costa Rica, the Dolphins’ skills shone through, proving they’ll be the ones with targets on their backs at the Tokyo 2020 Paralympic Games in a little over two years’ time.

2016 Paralympian Rachael Watson set the pace on the final night of competition, winning the first gold medal on offer in the one-lap dash, the women’s 50m freestyle S4.

Finishing in a time of 40.00, nearly two seconds ahead of Brazil’s Patricia Santos (41.91) and Team USA’s Leanne Smith (44.28), Watson was thrilled to win gold on home soil, with a roaring crowd cheering her along the way.

“It feels amazing to get the win in my pet event, but to win it on home soil is an incredible feeling,” Watson said.

“It’s been really nice to do an international meet here in Australia, representing our own country on home soil, with so many people watching and supporting us.”

“I’m so happy with my swim tonight, but I’m even happier with the meet in general,” Corry said.

“I missed out on Rio [the 2016 Paralympic Games] by half a second, I missed out on World Champs last year by two seconds. I’m just so glad to be part of the Australian team again.

“I didn’t take much notice of how far ahead I was in that race, because for me, it’s just about what I can do for this family. My swimming family.”

After four Paralympic Games, the evergreen Matt Levy still has more to give. Claiming gold in the men’s 50m freestyle S7, Levy touched the wall in a time of 28.94. The win turned into an Australian quinella, with Sydneysider Rohan Bright claiming silver in a time of 30.71, ahead of Brazil’s Talisson Glock.

“It was great to finish the meet off with a decent swim tonight,” Levy said. “It’s been a great atmosphere here, it’s great to be in Cairns, and it’s been great to get so many PBs [personal bests] during these last five days.”

In other results tonight, Australia’s lucky charm, Lakeisha ‘Lucky’ Patterson claimed the second gold medal on offer to the host nation in the women’s 50m freestyle S8, shaving more than a second off her heat time to touch the wall in 30.39, while 13-year-old Jasmine Greenwood swam 28.87 in the S10 final to become the first bronzed Aussie of the night.

Although Brazil’s Phelipe Rodrigues took the men’s 50m freestyle S10 title, Dolphin Rowan Crothers made the race one to remember, finishing 0.07 seconds behind Rodrigues in a time of 23.78 – the closest race of the meet.

In the men’s 100m butterfly S13, Braedan Jason and Jacob Templeton took charge. Jason completed his race in under a minute (59.64) to win his second gold medal of the night, while Templeton raced just over a minute in 1:00.56.

The clear champion of the Pan Pacific Para-swimming Championships, Australia was unrelenting until the end, with the women’s 4x100m freestyle 34 Points team grabbing the last gold medal of the meet. The team – Patterson, Paige Leonhardt, Ellie Cole and Tiffany Thomas Kane – took the lead from the start, but were pushed by Team USA until the very end, with Thomas Kane only just widening the gap in her final strokes to touch the wall first.