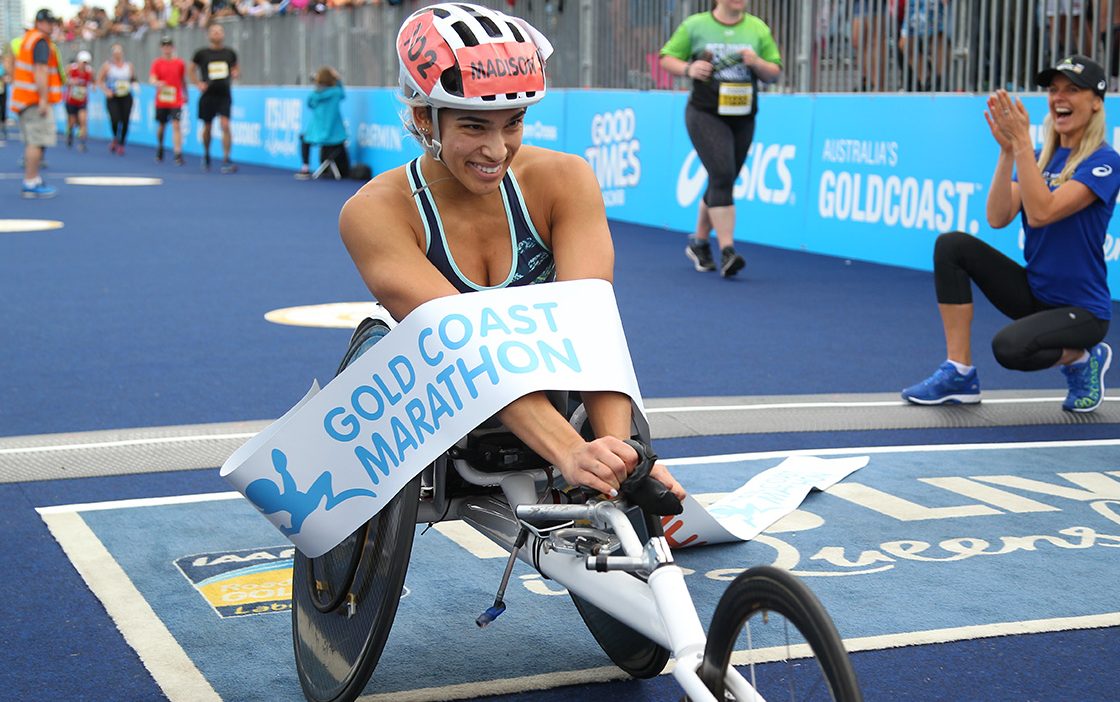 After winning double gold on the Gold Coast in April’s Commonwealth Games, the 24-year-old returned to the scene of her marathon gold with a dominant display of wheelchair racing.

De Rozario (NSW) won her first Gold Coast Marathon in 1:48:21, the second fastest time ever recorded at the event. Christie Dawes maintained the race record of 1:43:45.

In a repeat of recent history, de Rozario and Ault Connell were first and second in the Commonwealth Games, although only 13 seconds separated them on that occasion.