Gliders complete warm-up series vs. Germany ahead of World Champs 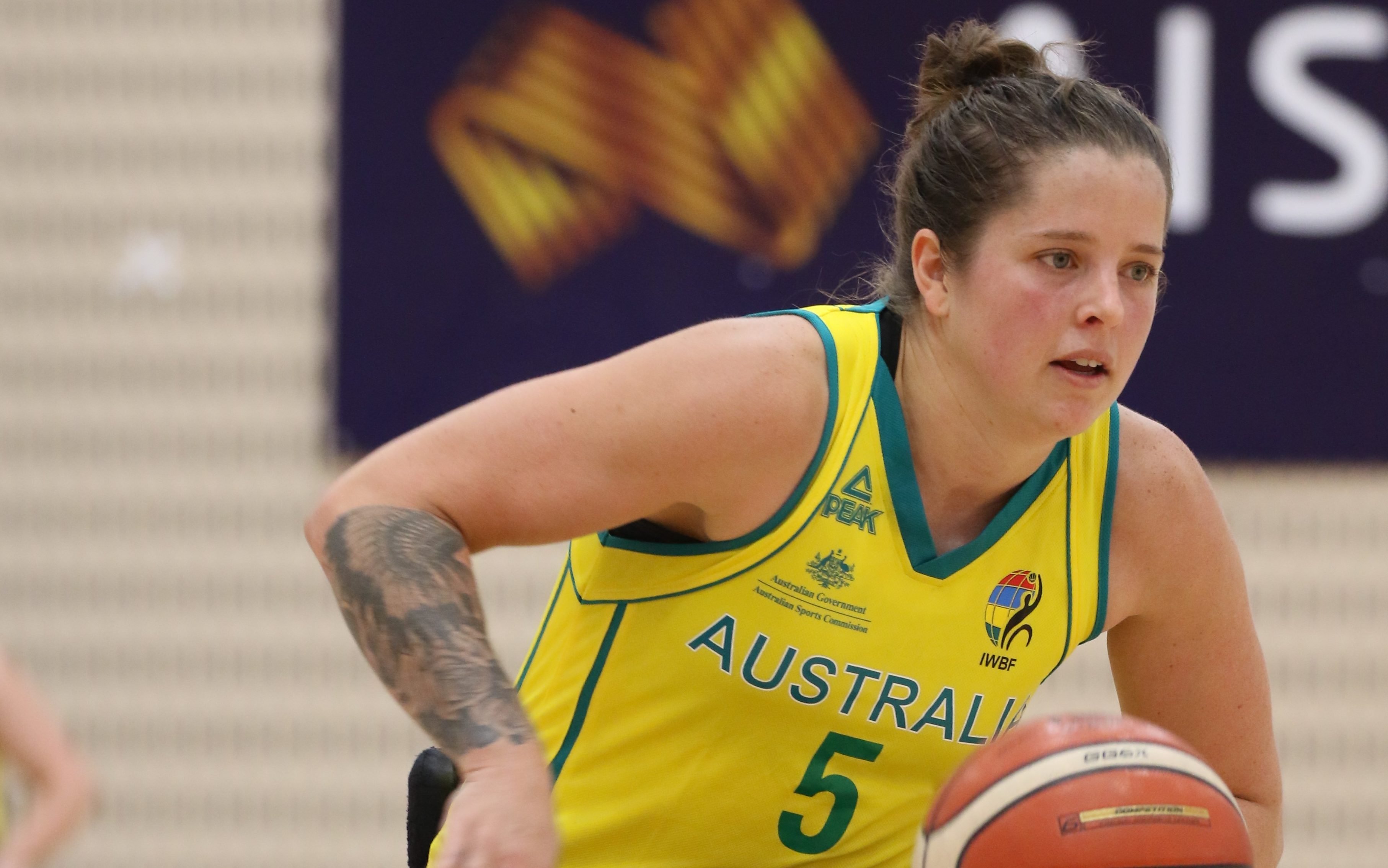 The Australian Gliders have completed their international contests against Germany as both teams utilised a six-game series to warm-up for the 2018 IWBF World Championships in August.

While Australia ultimately fell 4-2 in the series to Germany, the number two ranked team in the world, coach David Gould was able to use the week-long series as a makeshift selection camp with all 14 members of the squad receiving significant court time across the six contests.

Returning Paralympic medalist Kylie Gauci, who had been absent from the team for almost two years with a shoulder injury, made her return to the side while rising stars Annabelle Lindsay and Bree Mellberg continued to grow within the Gliders system.

With the series being played at Basketball Australia’s Centre of Excellence at the AIS in Canberra, Australia had the benefit of not only hosting world-class competition on home soil but were able to lure Germany away from where the IWBF World Championships will be held from August 14-27.

Halfway through the series, the Gliders found themselves trailing 2-1 after three willing and close contests.

Game 4 saw Germany take control from the opening tip though and by half-time, the visitors owned a 16-point lead.

Gould attempted to realign his troops in the main break but Germany started the third term with a 12-2 run which forced the Australian coach to call consecutive time-outs in the space of two minutes.

Via some stern words, he was able to get the Gliders to finally respond and they mounted a challenge, scoring the next eight points through Amber Merritt (14 points, two steals) and Cobi Crispin (20 points, eight rebounds, four steals).

Maintaining that new-found energy, the Gliders restricted the damage on the scoreboard by the end of the game, cutting it back to 49-59 at the final siren with Georgia Munro-Cook (four points, four rebounds), Gauci (two points, two steals) and Mellberg in a starting role making an impact.

Knowing what they needed to do to achieve success, Australia carried over that second half form into the start of Game 5 the following day as they opened up an early 8-3 edge while Merritt scored eight of her 10 points in the first period.

The hosts owned a biggest lead of seven early in the second before Germany began to reel them in but right on half-time, Leanne Del Toso (four points, one assist) was able to beat the buzzer with a mid-range shot to reclaim the ascendancy.

The Germans had begun to figure out the Gliders’ game-plan though and with their defence stepping up a notch out of half-time, Australia struggled to convert offensively despite the best efforts of Crispin who added another 15 points, five boards and four assists.

At the other end of the floor, the Aussies were powerless to stop Germany’s pick-and-roll’s and that eventually proved their downfall as a hot start was not enough to hold off the visitors in a 41-54 defeat that was capped by a 4-12 final term.

Shelley Cronau came off the bench to play some important minutes though, taking a charge and recording two points herself while Clare Nott recorded two points, four rebounds and two steals.

“We were good early, the second half we dropped off a little bit,” said coach Gould.

“The defensive intensity was there, we just made some bad decisions but we will clip those up and learn from it. We still had 13 more shots, we’re getting good looks but we’re just not going to win games when we shoot 29%.

“It’s important to keep rotating through the roster because if an injury does happen, we will need someone else to step up so they have to be ready for that and take up the slack.”

In the final game of the series, Australia re-found their form from Game 2 to finish on a high with a 54-37 victory.

While Germany changed around their usual starting line-up, the Gliders shot an improved 39% from the field as a team and were also able to punish the visitors off mistakes, scoring 18-5 in points off turnovers.

With little rest from now until the World Championships, the Gliders will tour Tokyo next week for another tournament before visiting the USA in late June while also completing their NWBL and WNWBL campaigns before heading to Germany in August.

The Australian Gliders’ results for the international series vs. Germany: