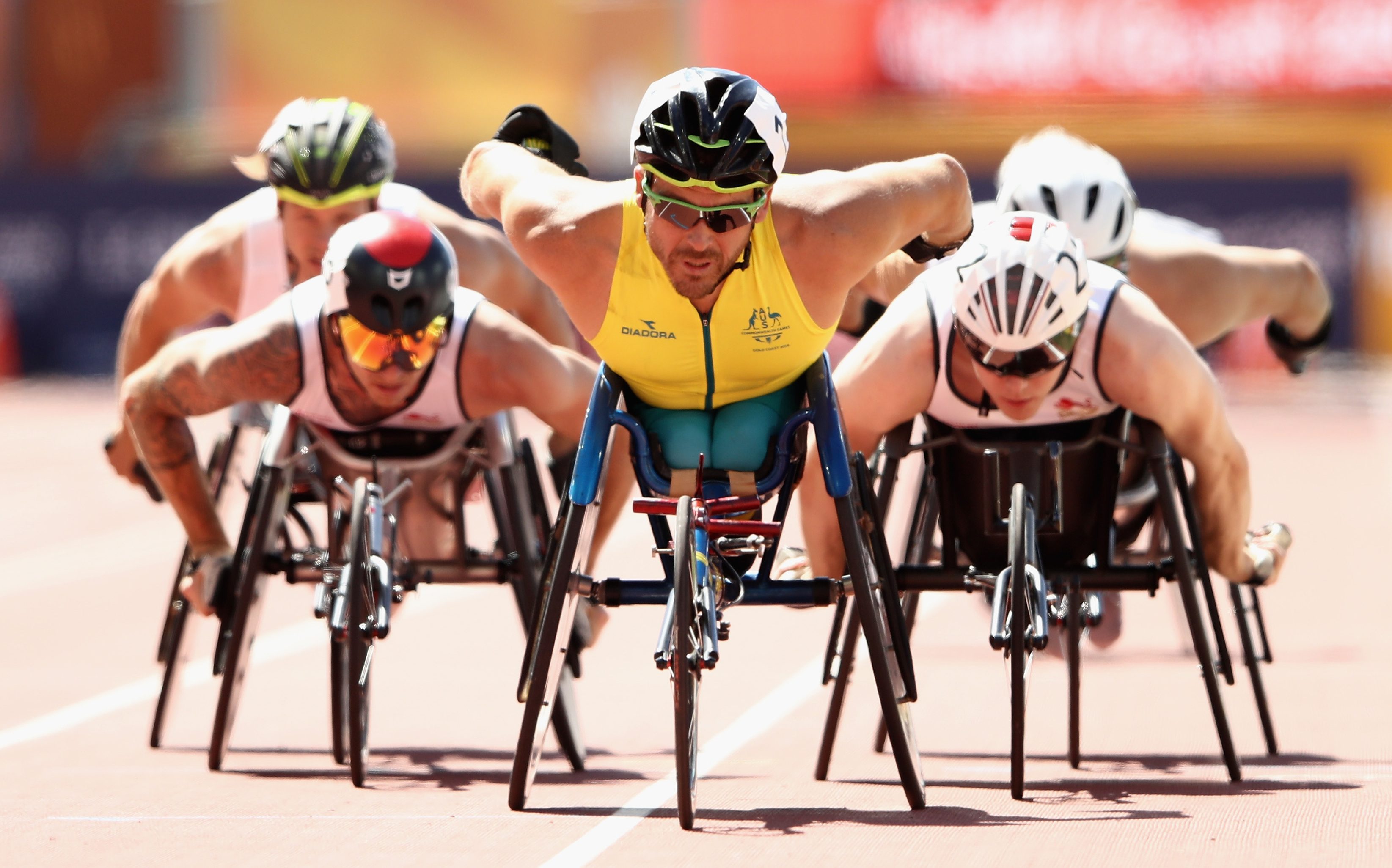 Kurt Fearnley will be joined by teammates Jake Lappin and Sam Rizzo in the men’s 1500m T54 final at the 2018 Commonwealth Games, after the trio delivered controlled performances in today’s (9 April) heats at Carrara Stadium, QLD.

Fearnley said he was content to sit just back from Chiassaro for the final 250m and conserve his energy for tomorrow night’s final.

“That was just about relaxing and finishing in the top three [to automatically qualify],” Fearnley said. “I would have loved to have a crack at Richard, but when he got away, there was no point chasing him today.

“The soreness is waiting and it’s tomorrow’s problem. Today, it was just about getting the job done.”

Fearnley has been a prominent figure of the 2018 Commonwealth Games, and he has indicated it will be the last time he wears the Australian green and gold at a major international event. And if he needed a reminder of the way he is revered by the Australian public, his introduction to the crowd before his race left him with no doubt.

“How good is a home Games. I forgot how amazing it is to push in front of a big, boisterous Aussie crowd. Mate, it’s like I’m pushing in front of 10,000 Fearnleys,” he said.

But Fearnley knows sentimentality will count for nothing in the final.

“Sometimes the racing gods decide, but I’m in good form, in a good headspace, and I’ll give it a good crack.

“Never count your chickens. I’m in good nick, but I’ve got to race smart.”

Lappin could not have been more impressive in his heat. The 25-year-old Victorian was perfectly positioned the entire race, just back from the lead, while his rivals jostled for clear space out in front. It was Rizzo who did the lion’s share of the work.

And when it was time to raise the tempo for the dash to the line, Lappin made his move and powered home. Post race, he looked relaxed and ready to spoil Fearnley’s farewell party.

“Every time I get to race Kurt, it’s always pretty awesome, so I’m just happy to race him again in front of a big crowd,” Lappin said.

“He’s an awesome dude. I love racing him.

“I just tried to stay out of trouble today. I wanted to make sure there were no crashes up front and just gave it a crack when I had to.

“I didn’t want to get hurt at all for the final tomorrow. Just wanted to stay as comfortable as possible and give it a good push at the end.”

Coached by wheelchair racing legend and Paralympic gold medallist Richard Colman, Rizzo is an exciting prospect and has his sights set firmly on the Tokyo 2020 Paralympic Games.

“Being eight years old and watching the Paralympics on TV, watching my now-coach Richard Colman, it was always a dream of mine to represent my country at a Commonwealth Games and the Paralympics, so I’m already halfway there,” Rizzo said.

“And to go out there on track at a home Games, at my first open championship, just like how Kurt Fearnley started [at the Sydney 2000 Paralympic Games], I really couldn’t have asked for anything more.”

He now gets to race Fearnley for a Commonwealth Games medal.