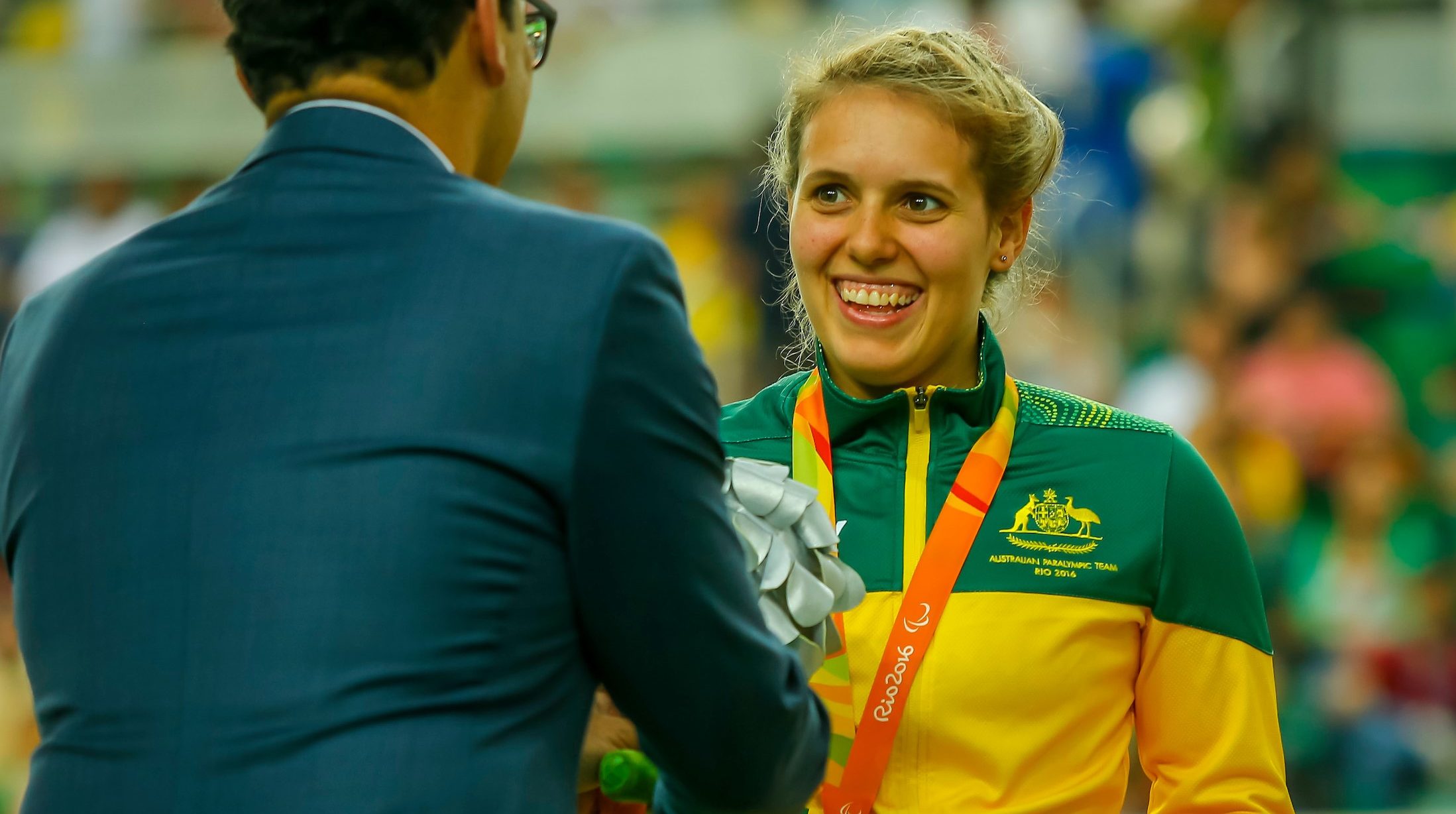 The Australian Cycling Team’s journey towards the Tokyo 2020 Paralympic Games begins this Thursday in Rio at the 2018 UCI Para-cycling Track World Championships.

From March 22-25, the Championships offers the first vital opportunity for nations to grab valuable qualification points towards Tokyo 2020, with the 16-rider Australian team to vie against 200 of the world’s best from 30 countries.

It will also be a return to the velodrome for many of our 2016 Paralympic heroes, in particular reigning world champions David Nicholas (QLD) and Amanda Reid (NSW).

“I think everyone has travelled quite well over to Rio from Australia, still getting over a bit of jet lag as expected, but everything is looking good so far for some good performances,” said Nicholas, who claimed 2016 Paralympic gold in in the individual pursuit and will be aiming for a strong performance in his world title defence.

“Being back here in Rio at the velodrome where I won gold two years ago feels amazing, first hit out on track was great.

“Certainly will try to defend my title, but if I do a great performance that I know I can do, I will be happy and the result will be what it will be.”

Dual reigning world champion Reid is eager to get the competition underway after completing a week of training on the track.

“Felt great to be back here on these boards again after 2016, spending time getting used to the slightly different shape of the track again before ramping up the training as the week progressed,” added Reid, who announced herself in 2017 with rainbow jerseys in both the time trial and individual pursuit.

“I’m feeling really more and more excited about the competition as we get closer to it.

“I’m confident about my chances of retaining my world crown in the 500 time trial which is my main goal, and I’m also looking for a personal best in the individual pursuit.”

The Championships begin what will be a busy two weeks for 2016 world champions and Paralympic bronze medallists Jessica Gallagher (VIC) and Pilot Madison Janssen (VIC), with the pair also set to represent Australia at the 2018 Commonwealth Games.

“Personally, Maddie and I are really excited to race, we have a busy few weeks ahead with the back-up straight into the Commonwealth Games, so managing our training loads and taper has been incredibly important,” said Gallagher. The pair will contest the Tandem time trial and sprint at both the World Championships and the Games.

“We are riding fast and with good race conditions anticipated we have high expectations particularly in the sprint. It’s safe to say the entire team are all ready to get out there and race!’”

Similarly in the Men’s Tandem, Brad Henderson (SA) and Thomas Clarke (SA-Pilot) will fine-tune their Games preparation at the Worlds.

“This is a really good chance for Tom and I to have some international race experience in a strong field before the Commonwealth Games,” said Henderson. “We are aiming to execute everything we’ve been doing in training, come out with some personal bests and see how we compare amongst the world’s best.”