Perrine just outside the medals on the final day in PyeongChang 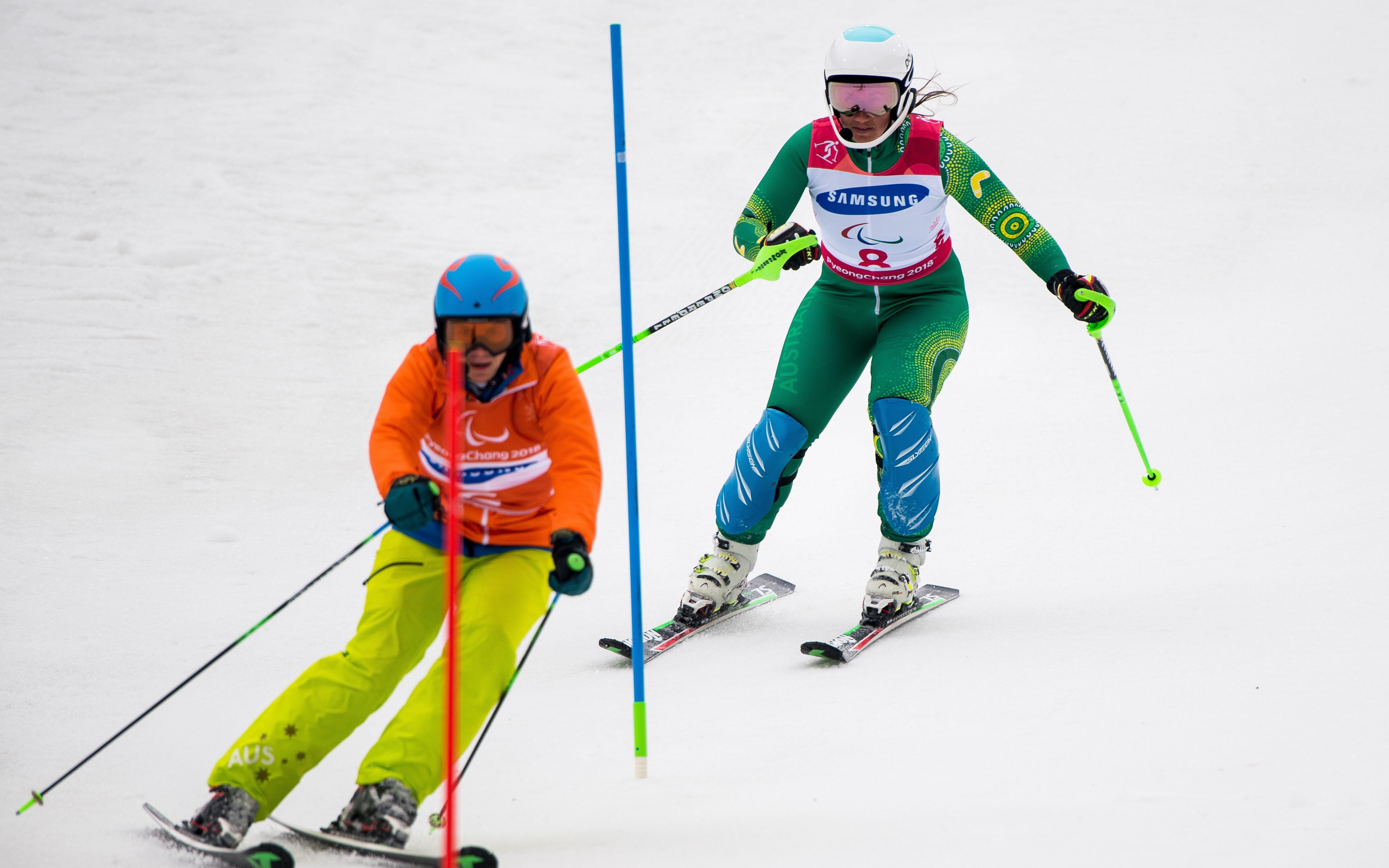 She was the second fastest down the hill in 58.33 seconds on the second run – just 0.77 seconds behind eventual gold medallist Menna Fitzpatrick (GBR) – but could not make up the time lost in her first run, when she drifted more than three seconds from gold.

“It was a pretty dismal first run. Sorry you guys had to look at that,” Perrine said.

“I didn’t ski well in the first run. Second run was a little bit better. I obviously would have liked to do better today. I just didn’t go out and perform the way I’m capable of.

“We had to take a step back and reassess [between runs] and just know that it was ‘make it or break it’ for the second one. I had to go out there and put something special down, and I was able to claw some time back, but not enough.”

Perrine may have finished fourth, just outside the medals, but her PyeongChang 2018 résumé is positively glowing with five top five finishes from five events, including bronze medals in the women’s super combined Visually Impaired and women’s giant slalom Visually Impaired.

The star of the women’s Visually Impaired class in PyeongChang was definitely Slovakia’s Henrieta Farkašová. She picked up four gold but was denied the clean sweep on the last day of racing today, when Fitzpatrick won the slalom gold. Farkašová was relegated to silver, and Great Britain’s Millie Knight, to bronze.

Perrine ended up being the sole Australian on the Jeongseon Alpine Centre course today after Christian Geiger, who is the Australian women’s team coach as well as Perrine’s sighted guide, scratched sit-skier Tori Pendergast from the starting list.

Pendergast was fourth in the women’s downhill Sitting on the opening day of competition but suffered a stomach upset during the week.

“Her best chances were in super-G and giant slalom, so I didn’t want to make her do something she doesn’t want to,” Geiger said.

“She didn’t feel that well a couple of days ago.

“So it worked for me too, as I could give all my attention to Mel.”

He is proud of Perrine’s results despite the slip-up today.

“Obviously the first run wasn’t really that flash. We just had to try and give it a good go, got nothing to lose, everything to gain. Still wasn’t the best run – it was better,” Geiger said.

“But I’m really proud of everything Mel’s done throughout these Games, and Tori, and even the whole last four years. Those two have made my life so much easier. The last year has been one of my most fun as a coach.”