Pendergast gives her all in first Paralympic downhill race 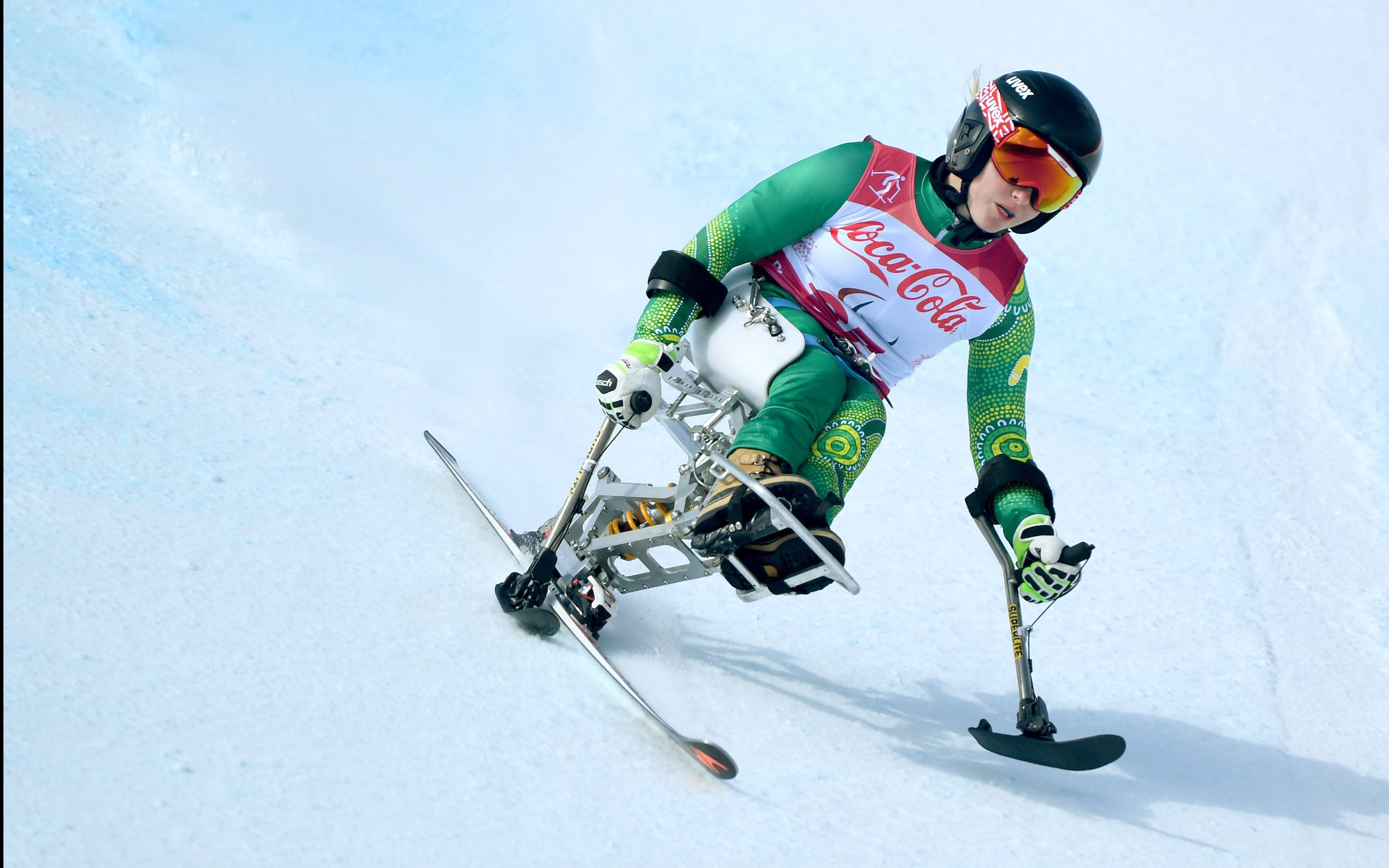 It was Tori Pendergast‘s second Paralympic Games but her first Paralympic downhill race, and she definitely had to wait for the privilege.

As if the fastest event on the Para-alpine skiing calendar isn’t scary enough, Pendergast was attempting it at a Paralympic Games for the first time.

Add to the equation that the athlete before Pendergast – Switzerland’s Stephani Victor – crashed in her sit-ski. It took two technical crew more than five minutes to help Victor off the course.

The Australian was the last runner to come down the 2,356m course at Jeongseon Alpine Centre but she was forced to wait…and wait…

“It was a bit tough but that stuff is always a huge mental battle to try and get over,” the 27-year-old from the NSW Central Coast said.

“Your mind just goes to the worst scenario possible…this happened, that happened, someone had trouble on this section, so that might happen to me…just all that stuff.

“But I had a really good [Australian Team] crew at the start who were trying to keep me calm as best they could.”

Australian ski technician Curtis Christian massaged Pendergast’s shoulders and made sure she kept a jacket around her for warmth.

It wasn’t the ideal beginning for a downhill career at the Paralympics but Pendergast was always determined to add the event to the giant slalom and slalom from Sochi. In fact, she is racing all five Para-alpine skiing events at the PyeongChang 2018 Paralympic Games.

“I’ve always wanted to do downhill. It was just a matter of me qualifying,” Pendergast said. “Once I qualified I was always going to do it.”

And she did it pretty well. She was half a second inside the bronze medal time when she slipped on her mono-ski, losing valuable seconds, before regrouping and finishing the run. Pendergast finished fourth, 10 seconds off the pace of gold medallist and reigning Paralympic champion, Anna Schaffelhuber (GER).

There might be no worse position to finish in a Paralympic final than fourth – just one off the podium – but Pendergast is taking the positives for her super-G tomorrow.

“It definitely helps. I’m going to look at the splits and probably cry into the pillow tonight,” she said.

“But it helps with that confidence going in, that if you put yourself in the right position, you can just go for it.”

She will also not second-guess herself fearing that if she pushes too hard in the super-G she might slip up again.

“I don’t think that’s a great attitude to have to just finish, because that’s not what we’re here for. We want to win; we want to get on the podium,” she said.

“I think if you’re skiing like that, you’re not putting every single thing on the line.

“The biggest thing, regardless of getting a medal, is coming down and knowing you put all of yourself into that run. I didn’t hold back at all.

“On past occasions, I have held back and you feel pretty awful about it. Even if you were in medal contention, you don’t feel like you deserve it.”