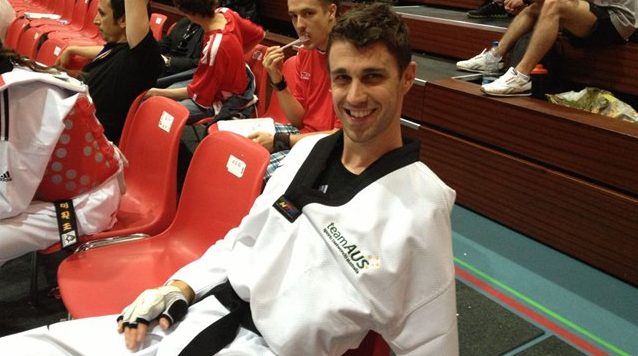 Australian Para-taekwondo star Steven Currie is ready to put the disappointment of losing his world crown aside, when he takes action at the World Para-taekwondo Championships in London tonight.

Having claimed two gold medals at the 2010 and 2013 World Championships in the K42 under 75kg event, Currie said it is the feeling of winning that he will chase when he competes.

“It’s the thrill seeker in me that loves the euphoria of winning,” Currie said.

“It’s a passion, and I train four to five times a week after work. It’s quite amazing what you can achieve when you put your mind to it.”

With two gold, two silver and one bronze World Championships medals to his name, Currie’s proud history of success may make him the athlete to beat, but with the sport making its Paralympic debut at Tokyo 2020, he knows the pressure is on as athletes aim to qualify for what will be the new pinnacle event.

“It’s a major event and I obviously want to do well, but the competition is younger and also a lot harder now.

“My coach (Bernie Victor) has always taught me to paint the event black and white, because you either win or you don’t win.

“You could meet the person that goes on to win the gold medal in the first round.”

With the stakes higher now than ever, Currie will focus on three key elements to ensure he claims victory.

“I’ve been training for months now and I’ll be keeping three things at the forefront of my mind; maintaining control of the fight, utilising scoring techniques and focussing on blocking.”

Currie will make up half the Australian contingent, with Janine Watson completing the team.

Set to be the biggest Para-taekwondo tournament to date, the World Para-taekwondo Championships will take place at the famed Copper Box Arena in Queen Elizabeth Park, London on October 19.

Photo with thanks to Sports Taekwondo Australia